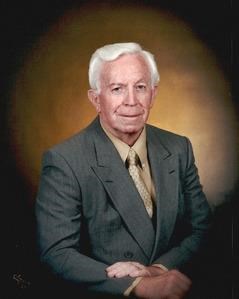 William "Bill" Esau Laxton, 89, of Universal City, originally Huntsville, passed away peacefully on Friday, September 24, 2021, of natural causes. His family was fortunate to be able to spend significant time with him this past year.

Published by Express-News on Oct. 10, 2021.
To plant trees in memory, please visit the Sympathy Store.
MEMORIAL EVENTS
Oct
17
Celebration of Life
2:00p.m. - 3:00p.m.
Christ the King Lutheran Church
1129 Pat Booker Road, Universal City, TX
Funeral services provided by:
Colonial Funeral Home
MAKE A DONATION
MEMORIES & CONDOLENCES
Sponsored by Colonial Funeral Home.
2 Entries
SO SORRY FOR OUR LOSS. I LOVED BOTH HE AND ROSALEE. THIS IS A BRIEF GOOD BYE BUT AN ETERNAL HELLO, FOR THEY ARE WITH JESUS.
PATRICIA LAXTON
October 14, 2021
Bill, Please give a heavenly greeting to dear Rosalie. We thank both of you for touching our lives with the joy of your laughter and feisty spirits that engaged life to the fullest each day. Thank you for being a blessing to all of your friends and family.
Glen and Alfrieda Anderson
Friend
October 10, 2021
Showing 1 - 2 of 2 results