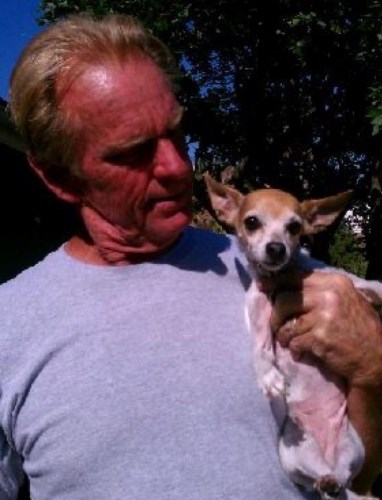 BORN
1947
DIED
2017
Bill Elliott January 10, 1947 - July 5, 2017 San Diego Bill passed away peacefully on July 5, 2017, with his wife and their beloved dog Violet at his side. His last days were spent in the loving care of Sharp HospiceCare BonitaView, for which his family will be forever grateful. He is survived by his wife of 25 years, Mary; his daughter Heather Hammond, her husband Jim, their children Caleb, Joshua, and Amanda; his son Jason, his children Dylan and Ayden; his stepson Noah Silva, his wife Joy, their daughter Riley Jane; his stepdaughter Rachelle Hiebing, her husband Aric, their daughter Arielle; his loving sister Lorraine Scribner, her husband John; and nieces Ginger and Julie and their families. He was preceded in death by his first wife of 21 years, Cheryl, and his parents Guy and Beatrice Elliott.Bill was born in Hawaii and grew up in San Diego. After graduating from Grossmont High, he attended Grossmont College before enlisting in the U.S. Navy. He served four years during the Vietnam era, then began what would be a lifelong career in general contracting and fine carpentry. Bill was a true artisan and spent his early career days learning fine carpentry finish work. In the late 1980s, the San Diego Zoo was beginning work on the Tiger River project and sought a craftsman to build the intricate trellis work. Bill was brought in to construct the trellis and began a decade of working on San Diego Zoo projects. His tremendous work ethic is carried on by his children and stepchildren.Bill loved the ocean, surfing, golfing, woodworking, and animals. He worked as a veterinary assistant throughout his high school years and aspired to be a vet before military service called. He was an exceptional cook, and his family will always cherish memories of his special holiday brunches.Bill will be remembered for his humor. He loved nothing more than when we laughed with him and at him. He had many good friends who were a blessing to his wife and family during this difficult time.The family will have a private scattering of his ashes off the San Diego coastline. In lieu of flowers, and in honor of his work at the San Diego Zoo and his love of animals, please consider a gift to the San Diego Zoo in memory of Bill Elliott, San Diego Zoo, P.O. Box 120551, San Diego, CA 92112 or online at sandiegozoo.org/memorial.
To plant trees in memory, please visit our Sympathy Store.
Published by San Diego Union-Tribune on Jul. 16, 2017.
MEMORIAL EVENTS
No memorial events are currently scheduled.
To offer your sympathy during this difficult time, you can now have memorial trees planted in a National Forest in memory of your loved one.
MEMORIES & CONDOLENCES
2 Entries
I worked with Bill in the late 1980's at the San Diego Zoo. He was one of the most gifted and talented craftsmen that I have ever met. But even more than that, I will always remember his humor, his hearty laugh, and his ability to shrug-off adversity. He was a role-model to many, and will be missed by all who were lucky enough to have known him.
Jim Yates
July 19, 2017
MAY THE THOUGHT OF KNOWING THAT FAMILY AND FRIENDS SHARE IN YOUR GRIEF BRING YOU A MEASURE OF COMFORT.PLEASE READ PROV 17:17
KELLEY
July 17, 2017
Showing 1 - 2 of 2 results