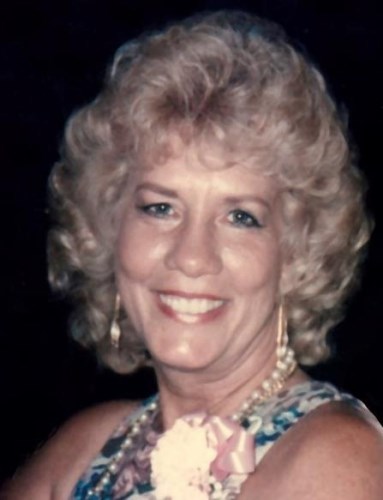 BORN
1931
DIED
2021
FUNERAL HOME
Clairemont Mortuary
4266 Mt Abernathy Ave
San Diego, CA
Billie Jean Lee
February 15, 1931 - September 30, 2021
San Diego, CA
During the afternoon of September 30, 2021, Billie Lee passed away at her home in Clairemont. She was 90 years old. Billie was born in Reisel, Texas. She was the 4th of eight children. After high school she moved to San Diego where she soon met and married her husband, Bert Lee. At the age of 31 she started bowling and soon became one of California's premiere women bowlers. Her accomplishments are too numerous to list. She was inducted into the California state Hall of Fame in 1979 and also the San Diego, Hall of Champions. After her retirement from bowling, she and Bert spent many fun-filled years visiting Barona Casino and Resort. With her loving and bubbly personality, Billie was a friend to all. Billie is preceded in death by her husband, Bert (2016). She is survived by her children, son Gary, Daughter-in-law Patricia, Daughter Teri, two grandchildren, four greatgrandchildren, and two great-great grandchildren. A memorial service is planned for Billie on November, 13, 2021, at 1:00 p.m. at the Clairemont Mortuary, 4266 Mt. Abernathy Avenue, San Diego, CA 92117.
Published by San Diego Union-Tribune on Oct. 17, 2021.
To plant trees in memory, please visit the Sympathy Store.
MEMORIAL EVENTS
Nov
13
Memorial service
1:00p.m.
Clairemont Mortuary
4266 Mt Abernathy Ave, San Diego, CA
Funeral services provided by:
Clairemont Mortuary
MAKE A DONATION
MEMORIES & CONDOLENCES
Sponsored by Clairemont Mortuary.
9 Entries
Billy My favorite aunt I will never forget her she will be missed by so many. All my love Billy you and Margie are together now. Please watch over her as you always did.
Phillip Warren Johnson
November 23, 2021
Our Special memories of Billie will live forever in our Hearts. Billie will be greatly missed by all who knew and Loved her. We miss you Billie. Rest in Peace
Joanne Roberts and Doris von Mueller
Friend
November 14, 2021
So many wonderful memories of a great lady.
Marv and Penny Sargent
October 30, 2021
I knew both Billie and Bert for many years at Barona Casino, about 16 years total of memories with Billie. My grandmother was an avid Bowler and we watched Billie on TV during the 70's, before I ever met her personally! She was a beautiful woman inside and out! I really loved Billie. I assisted her with reservations and transportation on behalf of George her Executive Host, as a VIP Host. I am now an Executive Host. She survived an earlier cancer bout a few years back after Bert's passing. All along with a beautiful smile! She would call me on cell phone at home, because she knew I would take care of her transportation and stuff for her. Everyone who knew her, loved her! She brought sunshine and love to everyone. I will deeply miss her.
Christina Marie Hernandez
Work
October 26, 2021
We´ll always remember that beautiful smile! Love you Billie
Della and family
October 18, 2021
Billie, you lit up any room you were in. Never without a kind word to say, and oh, your laugh, so so contagious. You will be very missed but always remembered with much love.
Jack and Debbie Cale
Family
October 18, 2021
Gary, Patty, and family, Praying for the Peace that passes all human understanding to wash over you, and for you to feel God lift you up in the palm of His hand.
Dawn Bryant Mather
October 18, 2021
We loved Billie so much. She always made us laugh. Our hearts are sad.
The Phair Family
October 17, 2021
Thoughts and prayers to Gary and family from your CHS classmates. No loss is ever easy, Cherish all the wonderful and special memories you have of your mom. She is watching over all of you from above.
Debbie McKesson
October 17, 2021
Showing 1 - 9 of 9 results