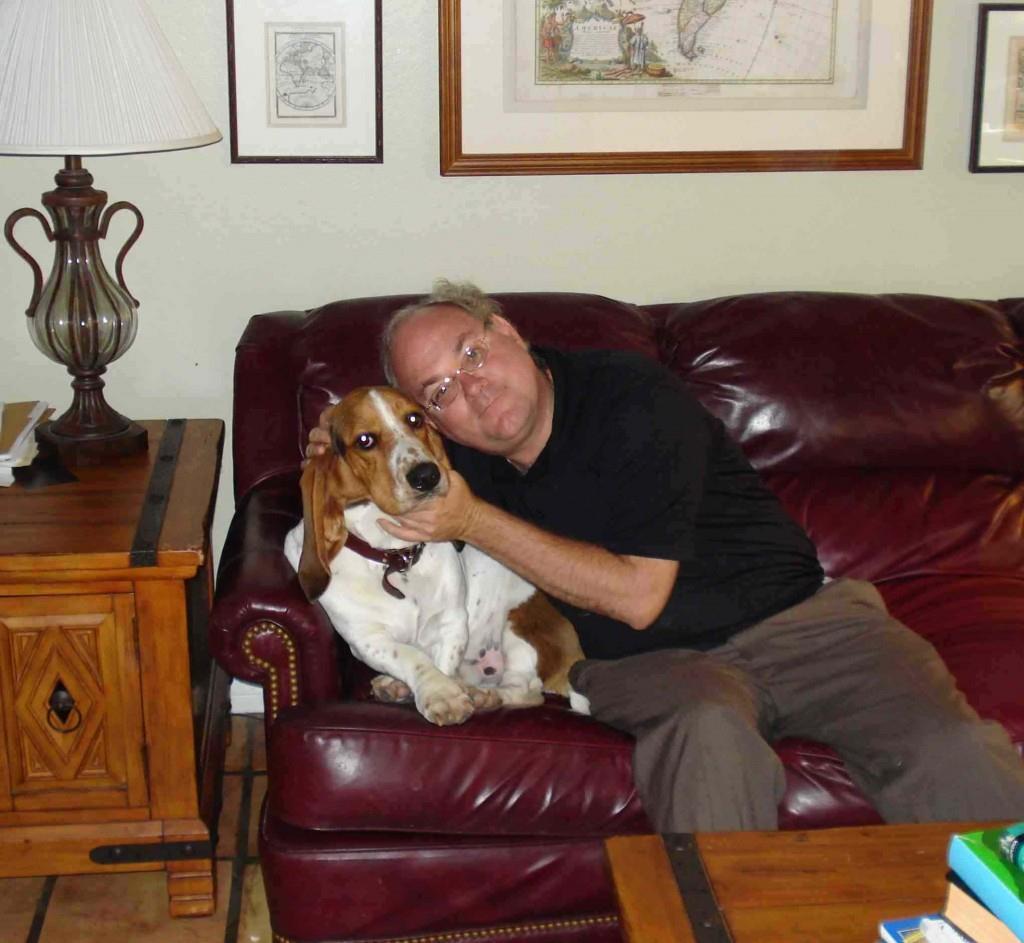 I was very fond of Bradley and had known him for 15 years. We had lunch last fall in San Juan Capistrano. We made an effort to get together every few months. I did not know about this until now.
Michael Kennedy
December 30, 2019
Brad was an original. As a PR person, I pitched him stories many times. I knew that I had better have all my points ready, along with answers to the questions he would inevitably ask. I always enjoyed working with him. He will be sincerely missed. My deepest condolences to his family.
Beth Walsh
December 11, 2019 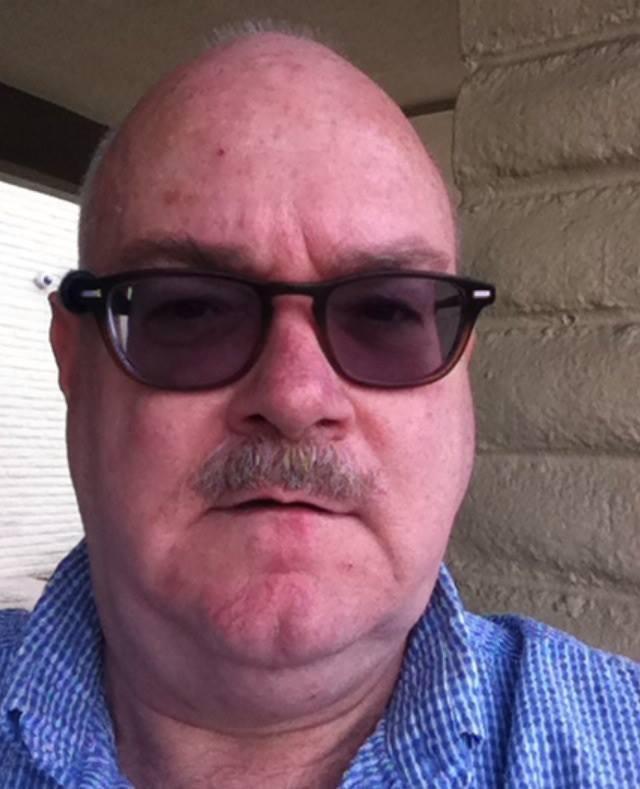 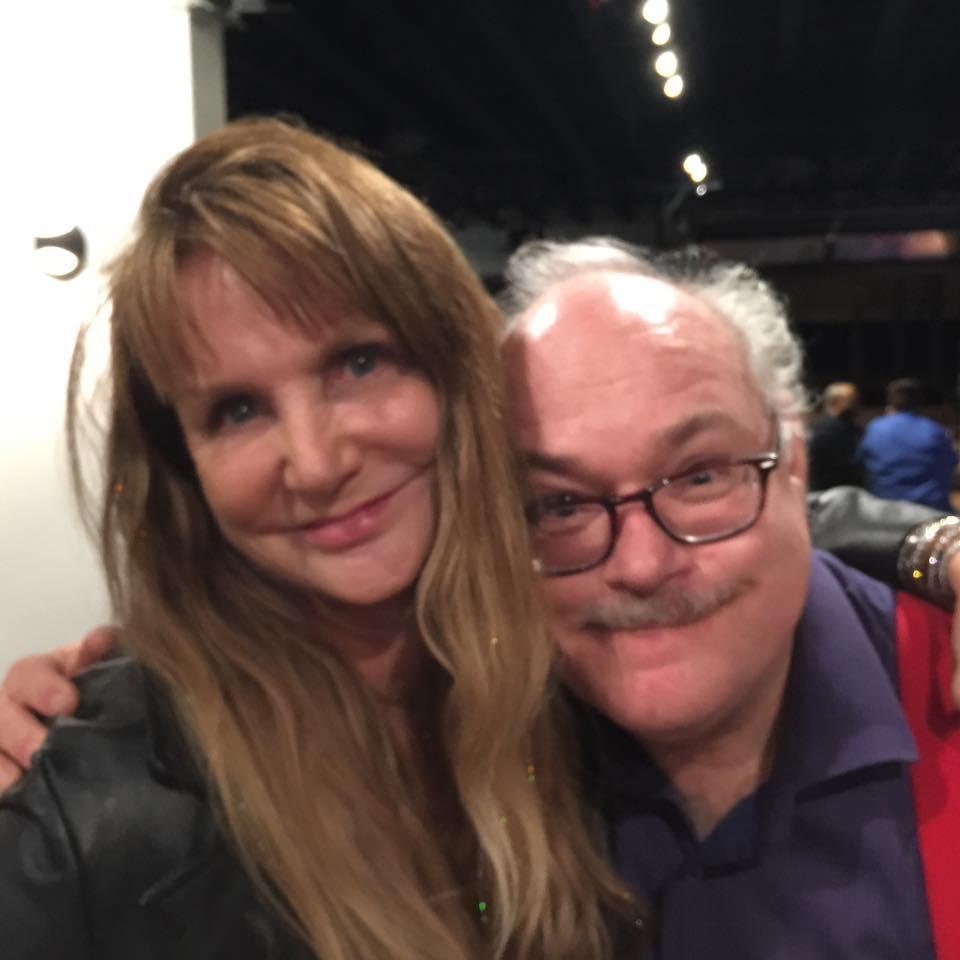 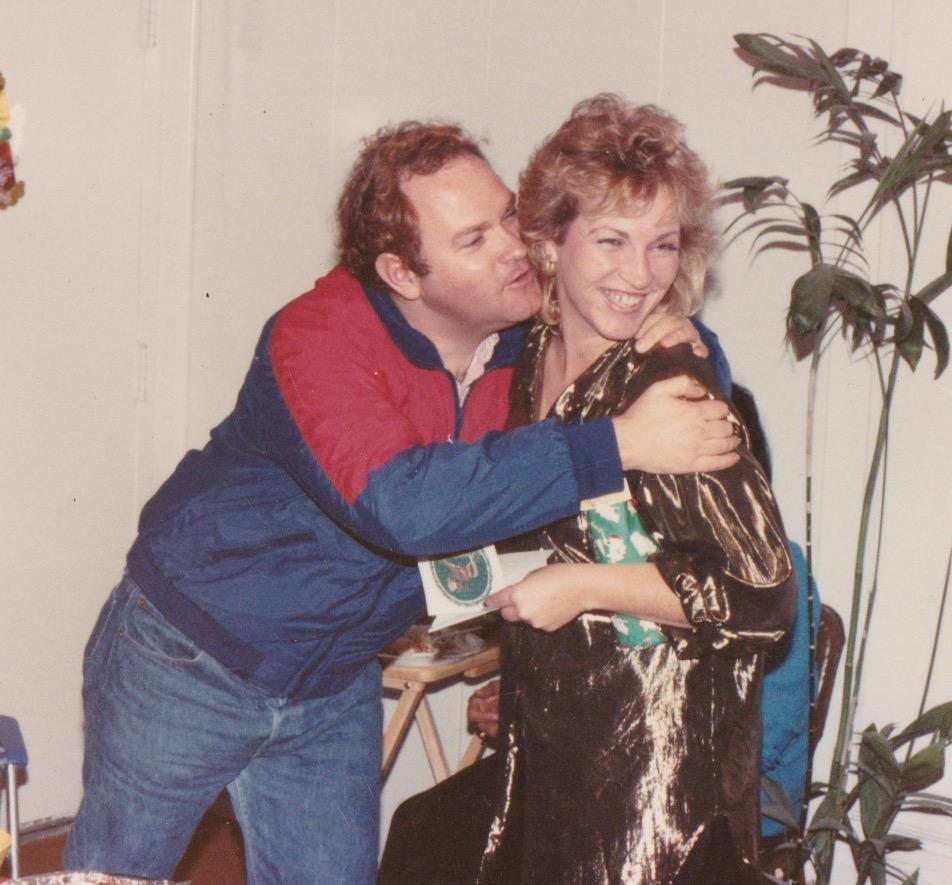 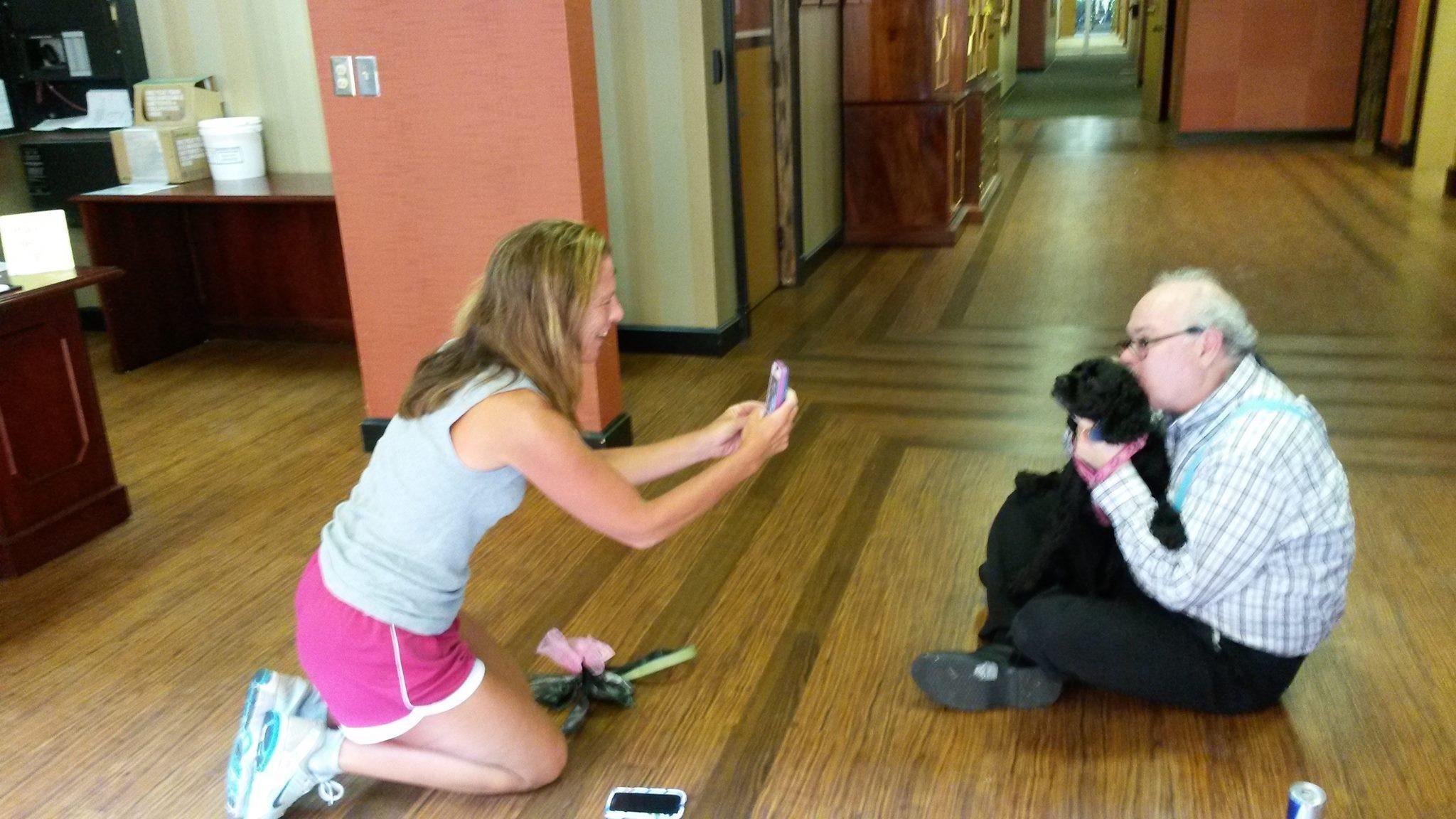 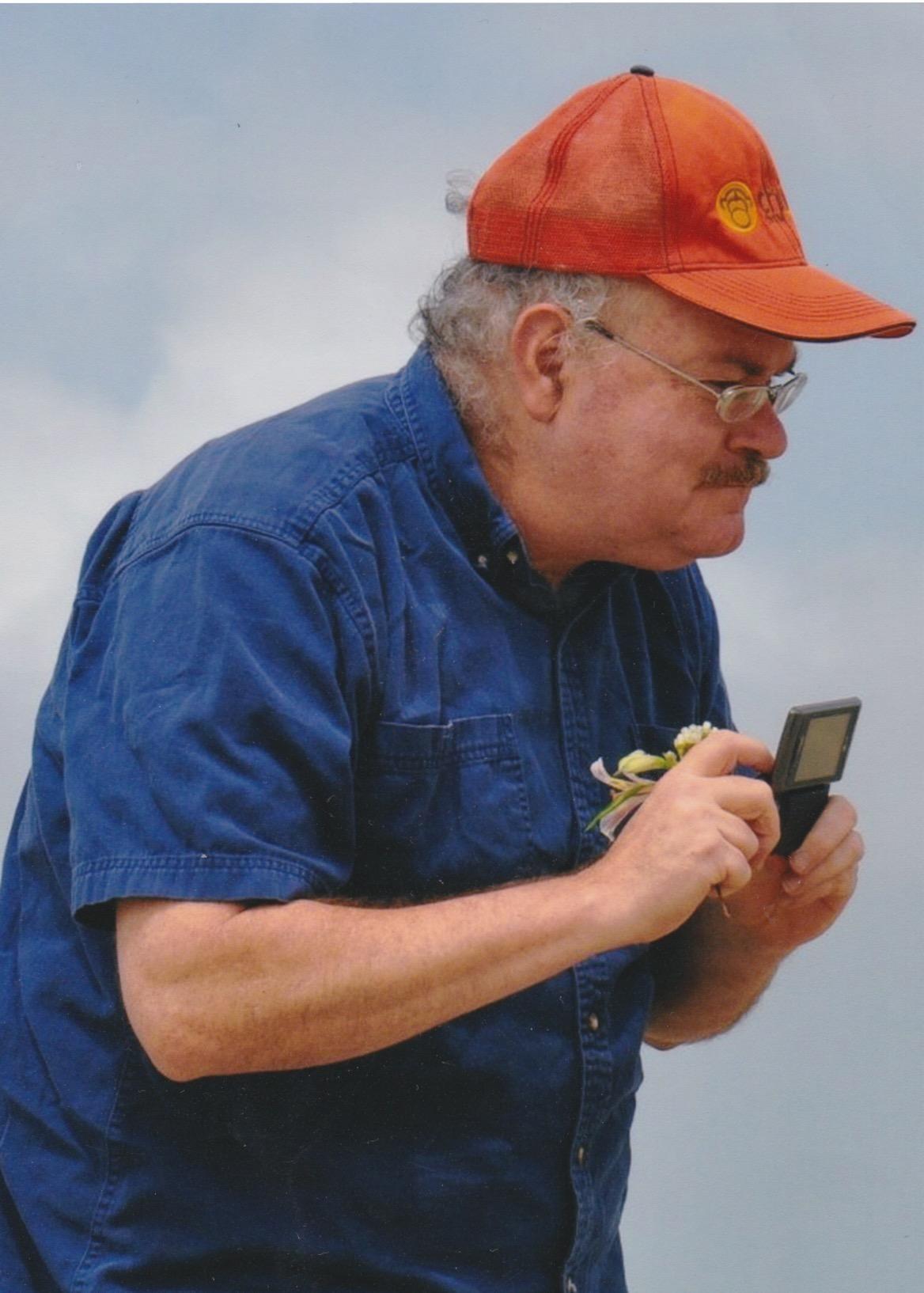 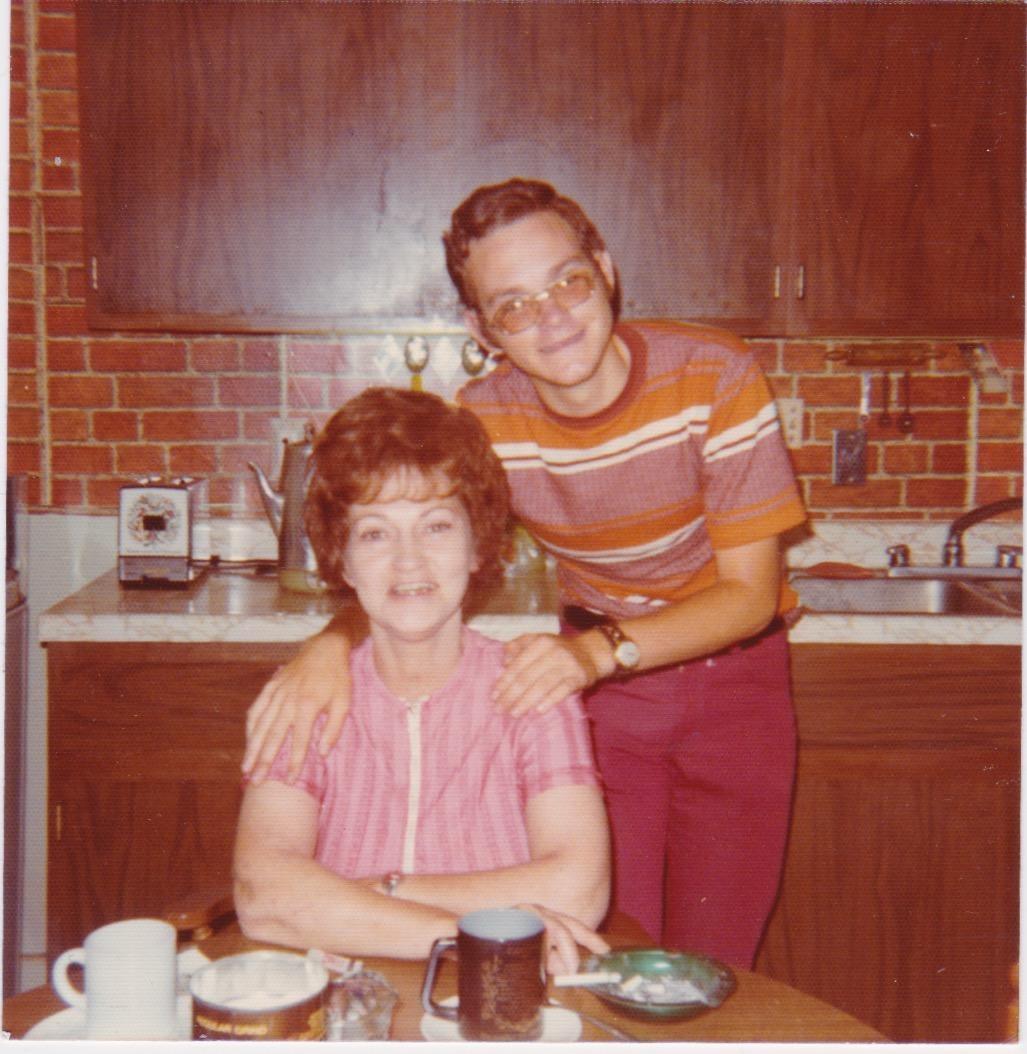 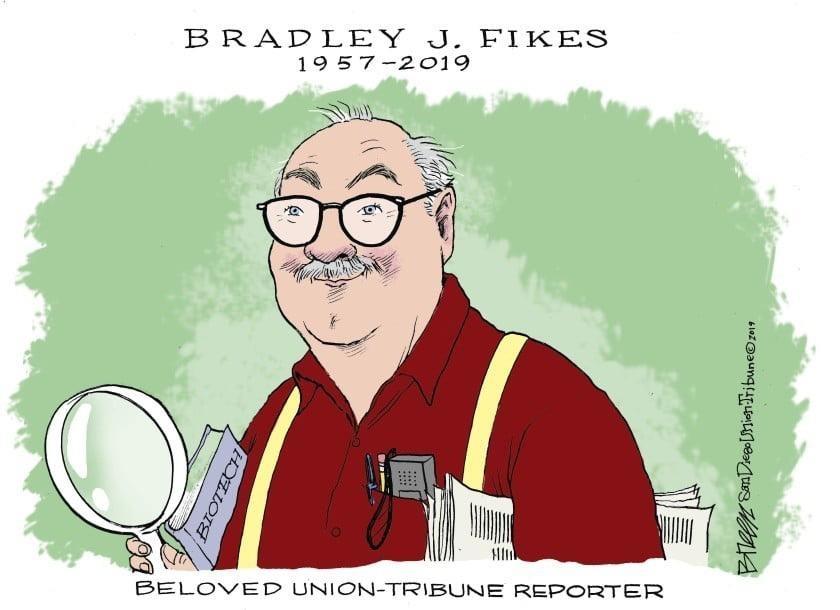 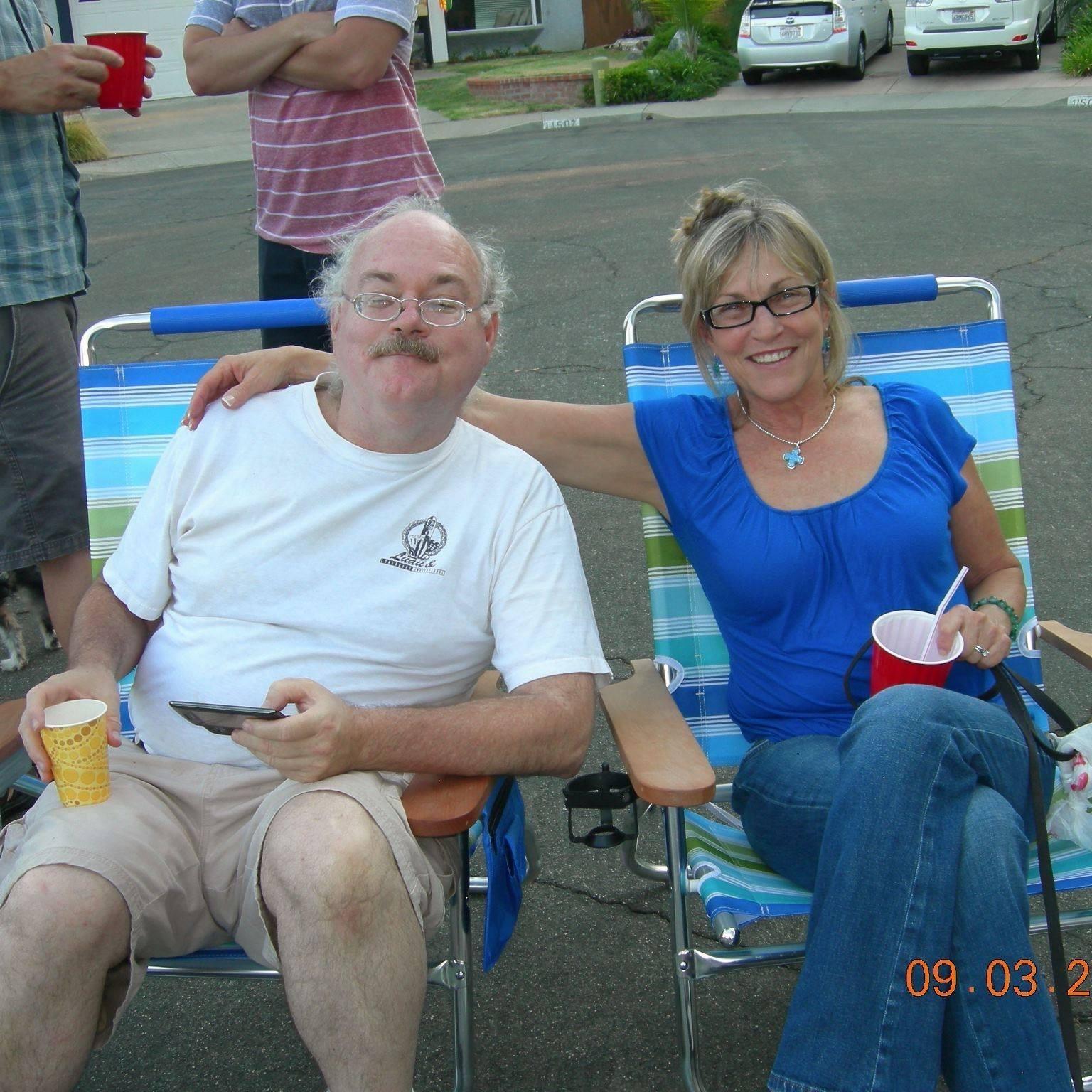 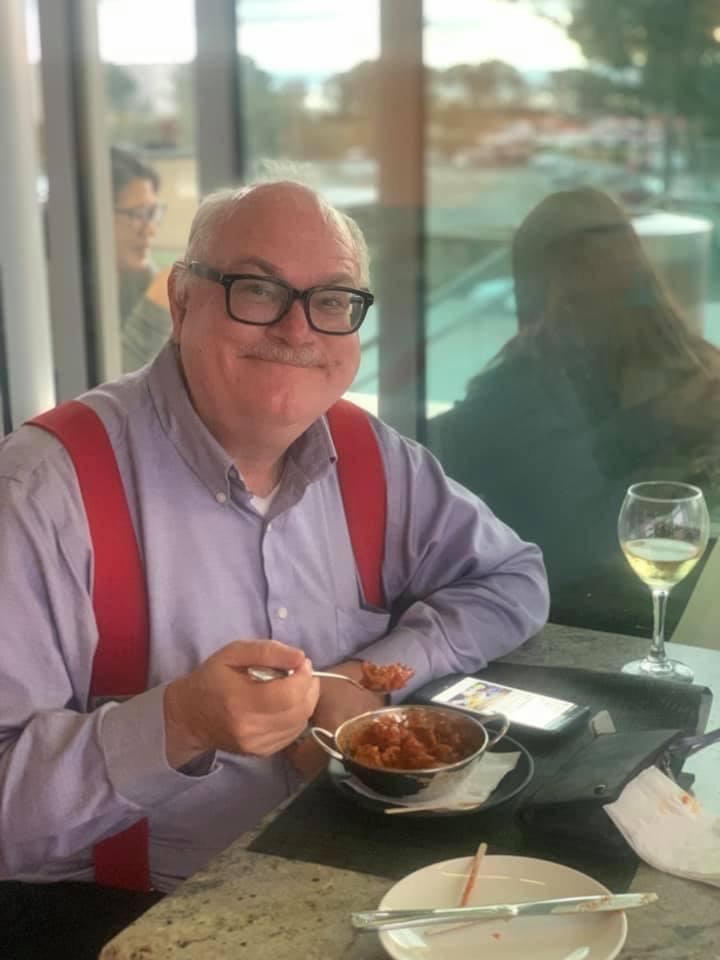 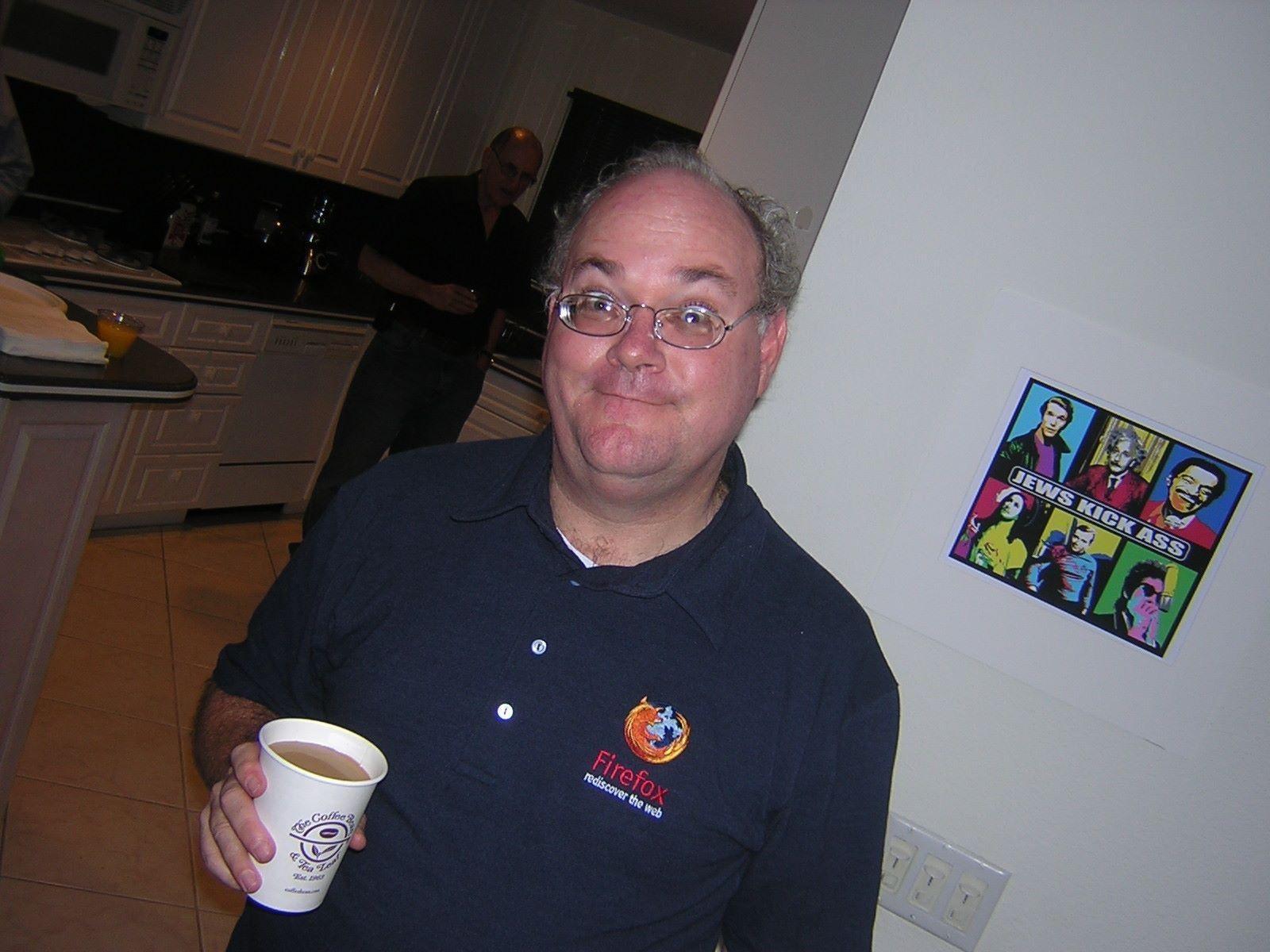 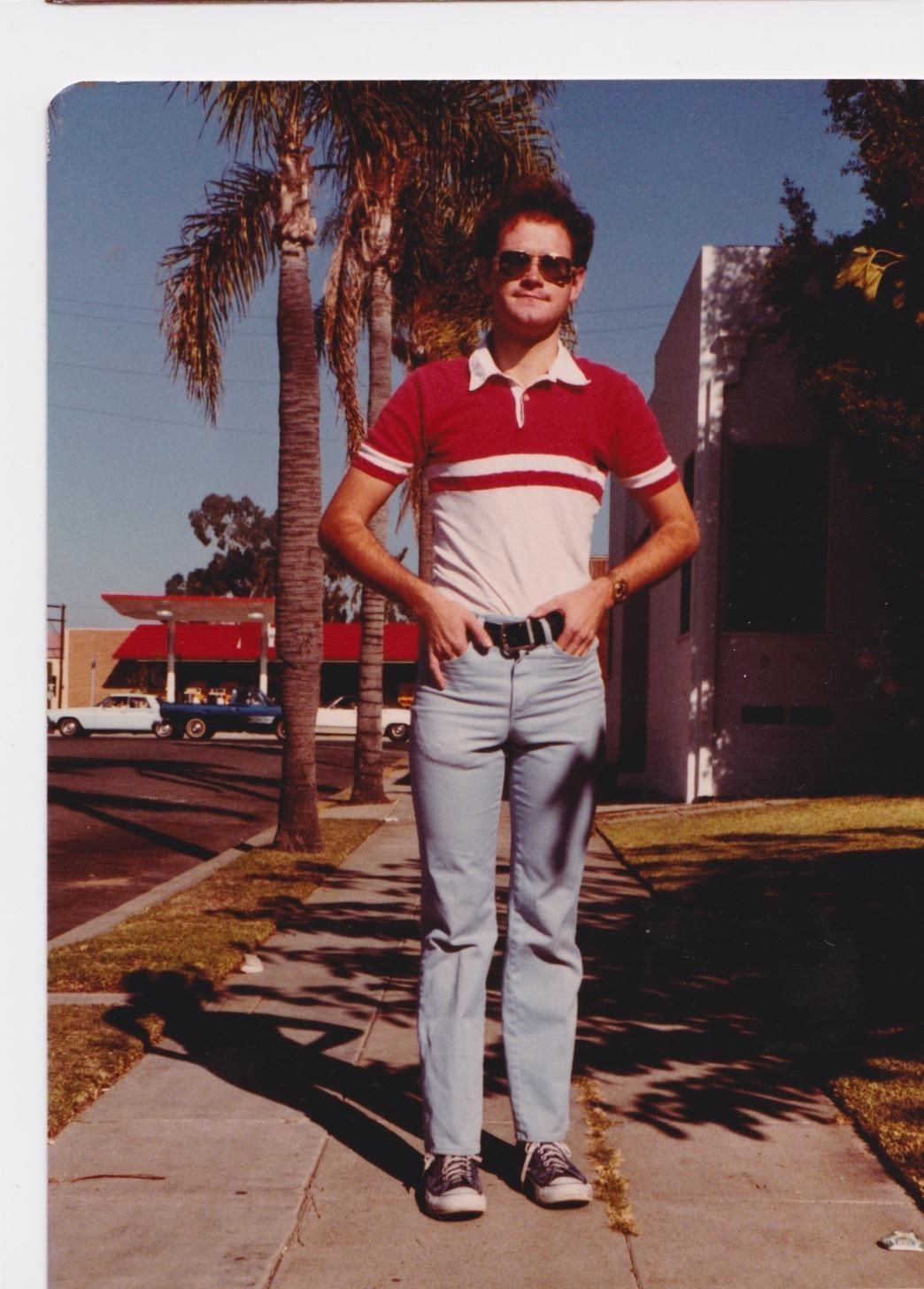 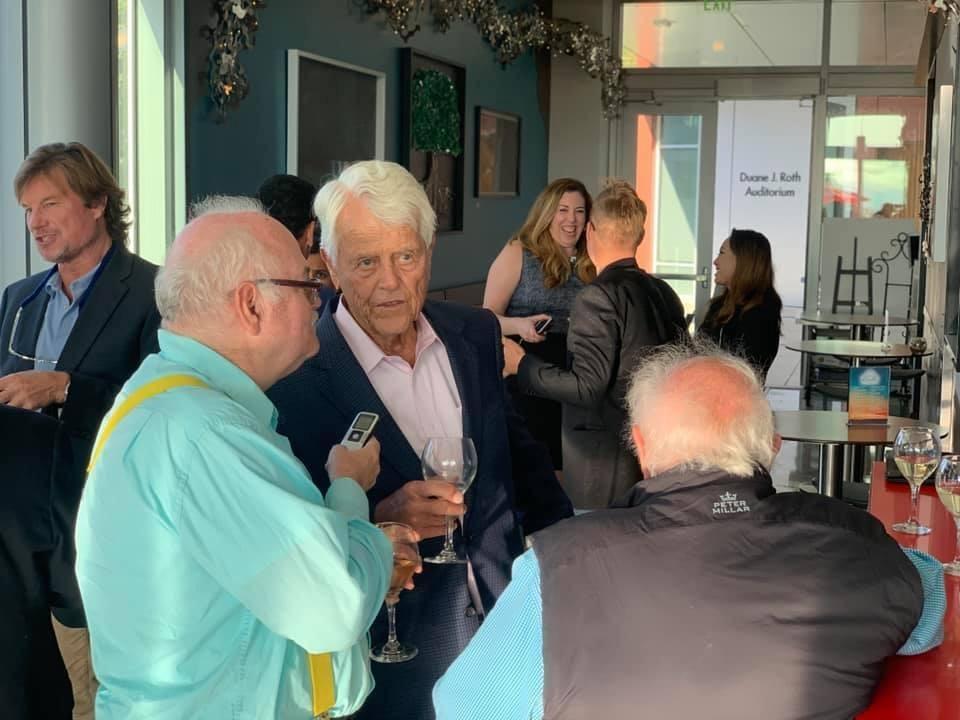 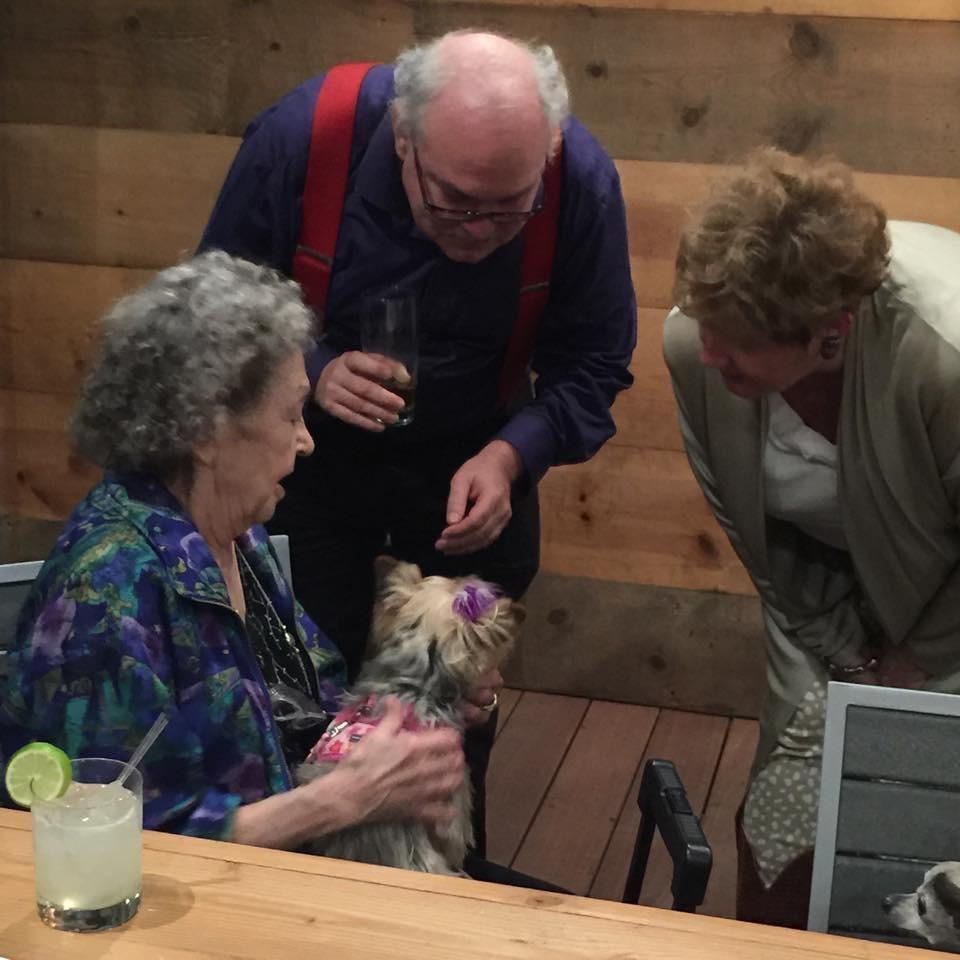 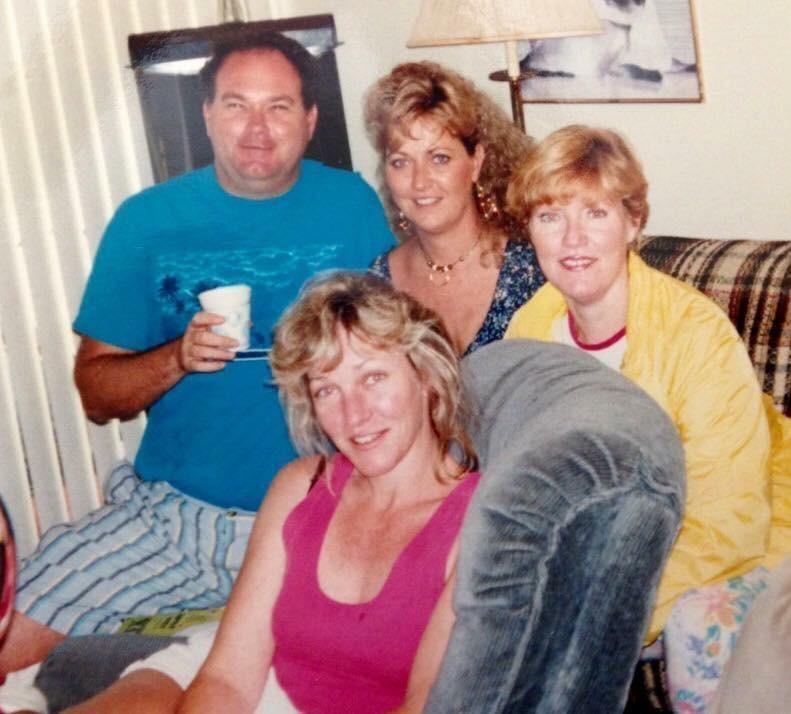 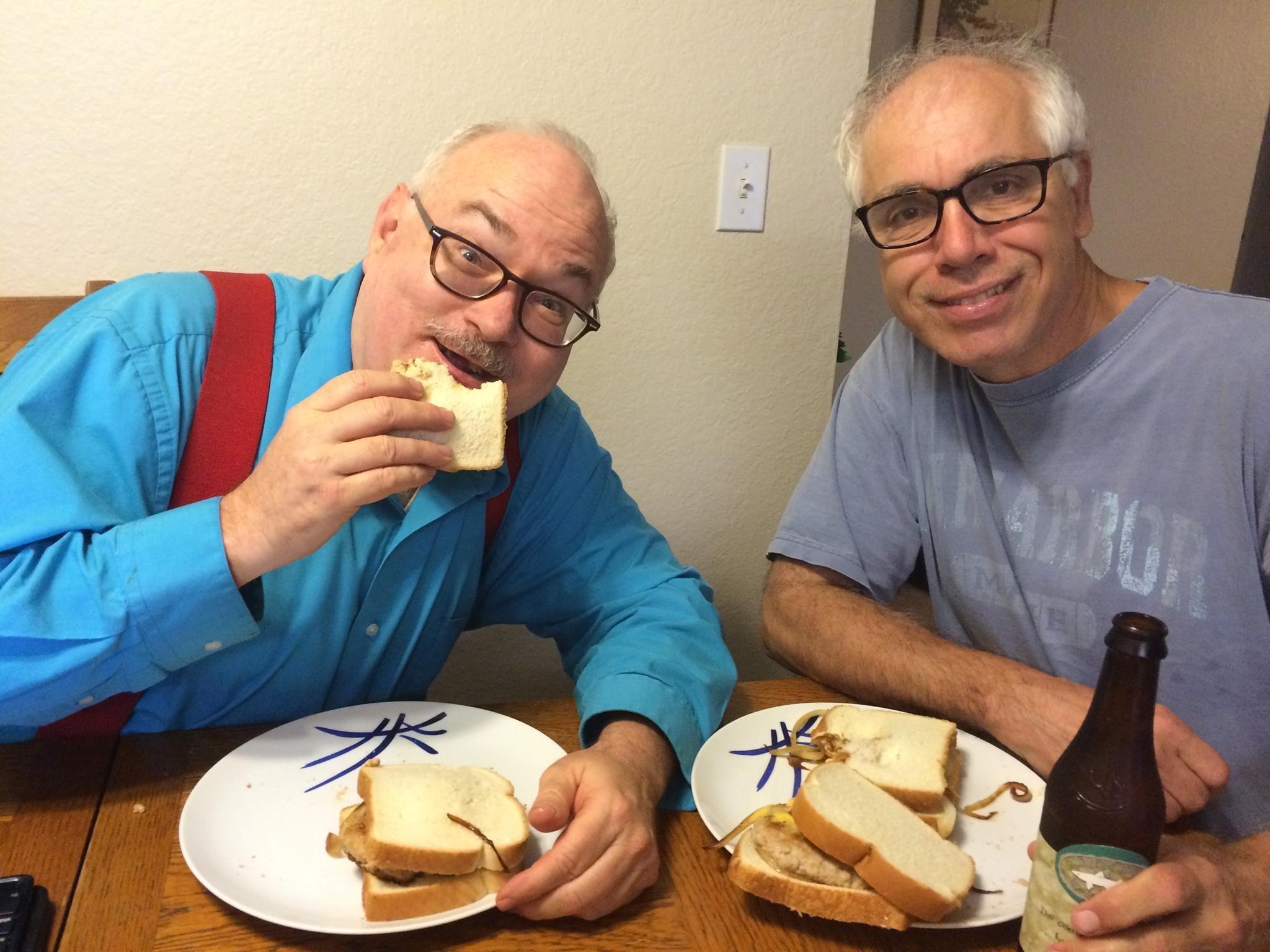 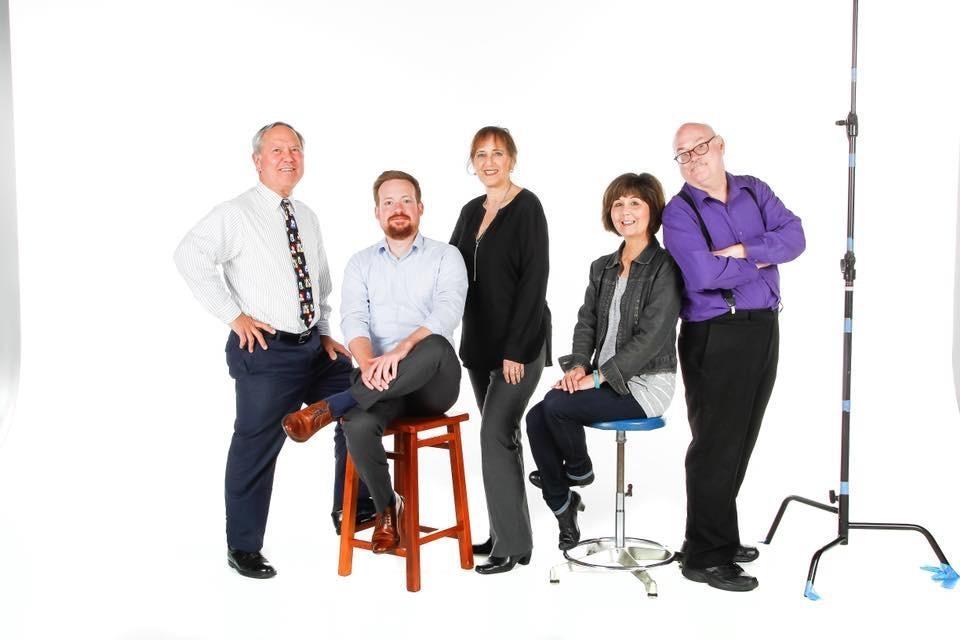 My real news friend.
Mark Mr. News
November 27, 2019
I worked with Brad at the Star-News. He was one of the best reporters on the staff. When he was offered a position at the Business Journal, he asked my advice if he should take it. I remember telling him to follow his heart, and business writing was where he wanted to be. We lost touch over the years, each going to different news media. But I will always remember him from the times we worked together.
Ruth Lepper
November 26, 2019
Bradley Fikes was the rarest sort of journalist--one who was dedicated to the truth rather than personal glory. He was fair and balanced, and obviously had a broad and deep understanding of the science underlying every news story. So many journalists lose track of the all important mission of accurately informing the public. Mr. Fikes is gone too early and my family will miss reading his wonderful literary contributions.
Mindy Aisen
November 25, 2019
I met Bradley briefly in the 30 months I lived in San Diego recently. In a world of slickers peddling "branding" he was the real deal. So sorry to hear of his untimely death and condolences to his family. A real loss for San Diego.

David Loynd, CEO, OBDURO Biotechnologies / EnduRx Pharmaceuticals, Tucson and San Diego
David Loynd
November 25, 2019
My favorite ( and only) brother, Brad. ;)
A huge piece of my heart is now missing. It went on with you.
You were not only my baby brother, but my friend, my (often) irritation, my inspiration and an ever gentle soul.
I see many people online now missing you as I do.
How happy I am to know so many people cared for and respected you.
As said in the Wizard of Oz.....a heart is not judged by how much you love.....it's judged by how much you are loved by others....and you clearly were.
I don't know if the hole in my heart will ever mend.
I love you, baby brother. I always will.
Vanessa Dimalanta
November 22, 2019
Il Journalista! The highest compliment. I admired Brad's writing and met him for the first time this year when we both presented at ISSCR. A wonderful, witty, intelligent man who left us too soon.
Steven Peckman
November 22, 2019
I'm grateful to Brad for teaching me some of the ropes of reporting when he let me, as a high schooler, cover police blotters and some City Council business as a stringer for the Chula Vista Star-News. He did it as a favor to my father, Fernando Romero, who went to college with brad. That's a big favor! Good man. My mother, Denise Romero, also wanted to offer condolences.
November 22, 2019
Some news hits you harder than other. This news is tough.

Brad was one of my absolutely favorite people in the world and a joy to be around. He offered a welcoming door into a world hard to understand, and did so with kindness and command. His quirky, delightful demeanor belied a fearlessness that the wise man or woman did not challenge.

He was always the first to arrive at my parties as well, and I eagerly looked forward to seeing his unassuming face, and quizzical smile, at my door.

He brought a sparkling effervescence to every scene, a warmth to every home, and a compassion to every sorrow.

If only he could do that for me now.

I was, and remain, so proud to call him, "friend."

Miss you Brad. See you on the other side.

William Hamilton
November 22, 2019
I knew Brad from when I started hosting biotech events, and he was always there with a smile, his red suspenders, and a thirst for knowledge. You could always count on him to take interest in you with a delightful conversation. The last time I saw him was at an event about gender equality, which he covered well, as he was passionate about the subject. He always wrote insightful articles about a wide variety of scientific topics, and the biotech community will miss him greatly.
Mary Canady
November 22, 2019
Brilliant story-teller, gifted writer, perceptive mind, charming outlook. From my first days at CancerVax, to Invitrogen, to Biocom and all the organizations in the years in between, Brad was always my favorite. Truthful, ethical, principled, and always focused on a balanced story with journalistic integrity. I deeply respected his craft and his responsible professionalism in an industry where one must lean into the wind. I am sad beyond words and the life science industry truly lost one of the very best. Lifting Bradley and his family in thoughts and pray for your comfort and healing now and always. Julie Ames, Vice President, Corporate Communications, Biocom.
Julie Ames
November 22, 2019
I went to college with Brad and we worked at the Daily Aztec together. A funny eccentric guy even when we were in our twenties. He was so passionate about so many things and I will miss his enthusiasm and the delight he took in all the colors of the world.
Marlee J Ehrenfeld
November 22, 2019
Such a beautiful and totally fitting obituary for a top-notch journalist and human being. Bradley leaves a big expanse to fill.
November 22, 2019
I used to run into Brad frequently in the field when I was the health reporter at KPBS. He was a unique guy - always friendly, talkative, and incredibly well-informed.

He was a very thorough reporter, who knew his beat well.

Kenny Goldberg
November 22, 2019
Whenever I met up with Brad at a biotech event, he was interested in what I was working on - not competitively, but just because he was curious.
Despite his knowledge of the biotech industry and science in general, he was never condescending. He always was truly helpful - a gentleman journalist.
November 22, 2019
Most fond memories of Bradley going way back to the Daily Aztec days as I lived for a time with the Co-Editors, Vince Troia (sp?) and Daniel Weintraub who I believe is at the Sacramento Bee. They probably introduced me to Bradley as they were a very fun and sometimes crazy bunch all working on the School newspaper. Bradley was always up for a good time at a Friday afternoon Frat party at SDSU or a Tailgate at the 'Q' back in the day. Pam Kragen's and Gary Robbins' tribute to Bradley is spot on. I can almost hear him say "Are You Jealous", after snapping his suspenders ...Rest in peace Bradley ...you were truly an original and most most outstanding Journalist. I especially appreciated his articles about E-Cigarettes and the meticulous research he did when preparing for his eventual articles. He was most gifted in the power of words and their ability to help us truly understand what was going on ....
Philip Carpenter
November 22, 2019 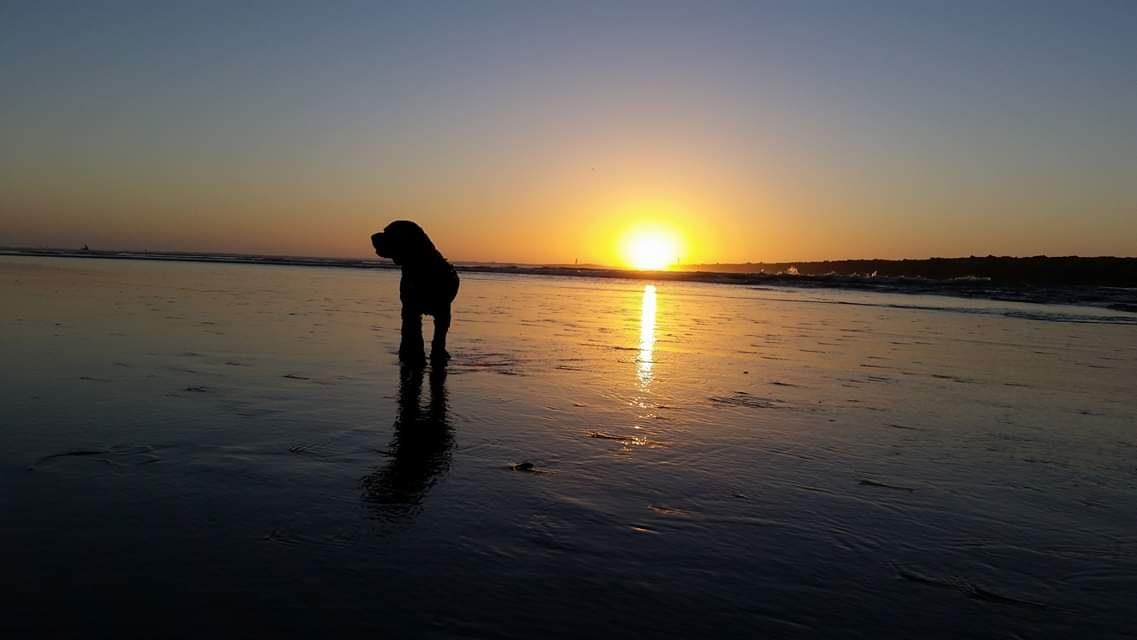 Oh, my dear Brad. Wise and witty, quirky and deep thinking, kind and compassionate. You made us happy with just your presence. My broken heart will forever keep a place for you. Thank you for the attention you gave to "Chloe the Wonderdog," and thank you for the love you gave to me, your "Pearls."
Karen Pearlman
November 22, 2019
I covered biotech for the Daily Transcript when Brad was at the Business Journal. It drove him crazy that it was a weekly and, because of that, I beat him since the DT was daily. We became friends from covering all those meetings and later coworkers at the North County Times.
His quirkiness portrayed his joy of life, from his penchant for decorating his desk for holidays to his pride at getting a great story.
He will be missed (and I will miss our margarita meetings)!
November 21, 2019
Showing 1 - 36 of 36 results