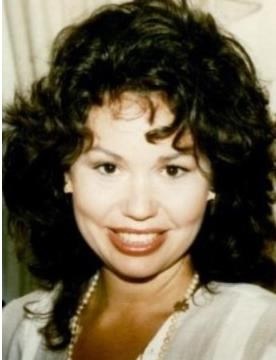 BORN
1947
DIED
2021
FUNERAL HOME
El Camino Memorial – Sorrento Valley and El Camino Memorial Park
5600 Carroll Canyon Rd
San Diego, CA
Carolee (Kyriaki) Mastorakos Scoortis June 11, 1947 - November 19, 2021 San Diego, CA
Carolee (Kyriaki) Mastorakos Scoortis, a native San Diegan, passed away on November 19, 2021 at the age of 74. Carolee was born in the early morning of June 11, 1947, the third-born to Chris and Beulah Mastorakos. Her father was an immigrant from the village of Merkouvouni and her mother's family from the village of Kakouri, in the Peloponnesian Peninsula of Greece.
Carolee brought smiles and joy from the first day of arrival; always happy and full of fun. She attended Lemon Avenue Elementary in La Mesa and Point Loma High School, being an active member of the Madrigal Group. Talented and trained in music, she was an accomplished pianist, and loved to sing and dance. She often entertained the family, bringing us all together during the holidays in song.
Saint Spyridon Greek Orthodox Church played an important role in Carolee's life as she participated in the choir, GOYA, and was instrumental in their very first dance group.
Carolee graduated SDSU with a BA in literature and was an Alpha Phi sorority sister. She later received her masters degree at USC. While attending the University of Hawaii, as a student and teacher, Carolee ran into her old friend, Bill, where they got reacquainted. Both had a lot in common as Bill also graduated from SDSU and was a member of the Pi Kappa Alpha fraternity. Sparks flew! Carolee and Bill Scoortis were married July 20, 1969 a memorable and historic day: the day man landed and walked on the moon! Fly Me to the Moon was the theme of the evening as family and friends came from across the bay to the Hotel del Coronado to celebrate. Guests arrived on ferry boats as the San Diego Bay Bridge had not yet opened. Twas an amazing evening as people huddled by television sets watching man walk the moon, cocktails flowed, followed by a sit-down dinner, and dancing into the wee hours.
After an extended honeymoon in the Hawaiian Islands, Bill and Carolee happily found home in Manhattan Beach and Playa Del Rey before moving to Madison Park in Seattle, Washington. Shortly thereafter, they moved to San Francisco where they welcomed two beautiful children, Phaedra and Paris.
Carolee opened Metro Publishing; a company that published all of San Francisco's Chamber of Commerce, monthly magazines, and periodicals. Her impressive list of clients included Boudin Bakery, Transamerica, Bank of America, Pier 39, and United Airlines to mention a few. The Scoortis' then moved into apartment purchases, renovations, and condominium conversions. After twenty-four years in San Francisco, The family eventually returned to their hometown, San Diego.
Carolee was an avid member and leader in the Pan Arcadian Federation of America, Tiega 101. She had a particular love for the student scholarship fund.
Carolee had a smile that could launch a thousand ships. Her pleasant personality was contagious to everyone she met. She will be remembered as a strong charismatic person with a kind and generous soul.
Carolee is survived by her loving husband, Bill, of 52 years, her beloved children, Phaedra and Paris, her sister, Connie Ralph, her nephew, Paul (Michelle) Ralph, niece, Kristin Ralph (Rob) Ryan, great nephews, Hunter, Harley (Colleen), and Hayden Ralph, Joseph, Matthew, and grand-niece, Dimitria Ryan, great great nephew, Curran (Harley and Colleen) Ralph, and many cousins.
She was preceded in death by her brother Jimmy in 1954.
Her family wishes to acknowledge each act of kindness, expressions of love, support, and prayers during their time of bereavement.
Trisagion Service will be Thursday, December 2 at 6 p.m. Viewing will be at 7 p.m. 8 p.m. at Saints Constantine and Helen Greek Orthodox Church, 3459 Manchester Avenue, Cardiff-by-the-Sea, California 92007. Funeral Service will be held on Friday, December 3 at 11:00 a.m. at Saints Constantine and Helen Greek Orthodox Church.
Fond memories and expressions of sympathy may be shared at www.sorrentovalleychapel.com for the Scoortis family.