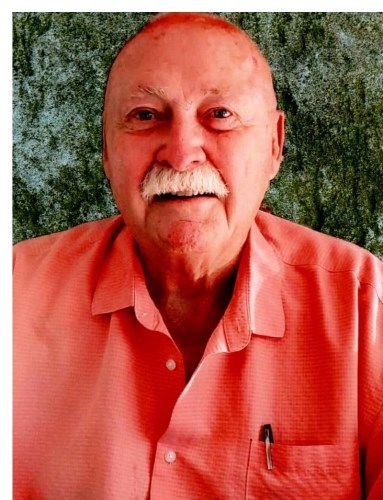 BORN
1946
DIED
2021
Donald Glenn Weim February 13, 1946 - November 12, 2021 SAN DIEGO
On November 12, a proud San Diego Native, Donald "Don" Weim, who had been impaired with dementia-Alzheimers since 2015, passed away from "break-through" Covid 19. Born February 13, 1946, to Clarence and Gladys (who he fondly referred to as Happy Bottom), preceded in death by Donna and David.
Don's youth was spent as a typical boy in the 50s and 60s: Boy and Cub Scouts, delivering papers for the then twice daily delivery of Union and Daily Tribune, 1962 graduate of Crawford HS and BA graduate of SDSU. Married Susan Gilliland became father of two sons, Darren and Dustin. Don led a conflicted adult life that he managed with comedic relief. (His greatest regret was the non-healing of the relationship with his two sons.)
In the early 70s he began his career in the insurance industry as a claims adjuster. During those years, Don's best friends were Jack & Daniels. Then on August 15, 1996, Bill W. became his best friend for the rest of his life.
Throughout his career, he always kept his black roller pen in his left shirt pocket. He was widely known for his Weim-isms; "I'm working half days now, 6 to 6". Upon receiving calls, he forgot to return, "yes; you were next on my list to call and his t favorite "that's Don, big D, little o, and little n." His motto, if it's not in the file, it didn't happen.
Starting in the mid-90s Don enjoyed life with his bonus family, Dina Weim, her three adult children, and five grandchildren. He always said, "You hook up with a bean; you have to take the whole burrito."
His main love of life was rebuilding Ford Hot rods. He was a member of San Diego Prowlers. His claim to fame was when he painted a Porche for George Bullington of Bully Restaurants. His final project, which took 32 years to complete, was a 1954 Ford F100. He was most comfortable with a cigar in his mouth and wearing Hawaiian shirts.
Many friends describe Don as a "smartass, quick-witted, funny guy, teddy bear, friend, jokester, and mastermind."
Memorial Service: Saturday, December 4th at Our Redeemer Lutheran Church, 1370 Euclid Ave, #5495, San Diego, CA 92105 at 11 AM. A Celebration of Life luncheon to immediately follow.
Bring your hot rods, casual attire encouraged and please bring one of your favorite Weim-isms to share.

Published by San Diego Union-Tribune on Nov. 28, 2021.
To plant trees in memory, please visit the Sympathy Store.
MEMORIAL EVENTS
Dec
4
Memorial service
11:00a.m.
Our Redeemer Lutheran Church
1370 Euclid Ave, #5495, San Diego, CA
MAKE A DONATION
MEMORIES & CONDOLENCES
1 Entry
I met Don many years ago and always had a great sense of humor! He is a man of many talents. He could fix about anything from home projects and especially cars. Don has a quick wit. Always willing to help anyone that needed an extra hand. There are many memories of Don. Rest in Peace Don. God Bless!
Jerry Pondelicek
December 2, 2021
Showing 1 - 1 of 1 results