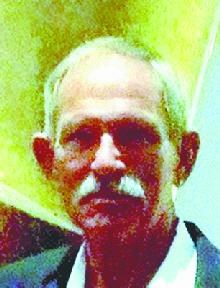 BORN
1938
DIED
2015
Duke, Douglas Lee 12/15/1938 ~ 06/24/2015 SAN DIEGO -- On June 24, 2015, Douglas Lee Duke, 76, lost his battle with cancer. He was at home in San Diego, CA, surrounded by his loved ones. Doug was born on December 15. 1938, in Claude Texas. He served in the Army as a policeman and continued service in the Reserves until 1968. He was named the youngest Vice President at California First Bank in 1969. He relocated to Arizona in 1980 and owned his first business, Campbell Paving. He loved working with his hands. He loved the sun and to travel. He married the love of his life in 1982, Lynne Ferrari. He and Lynne lived the greatest love story for 36 years. He is survived by Lynne, his daughter Jennifer Lee Duke, grandson Douglas Hawk Duke and his sister Jane Wooden of Chico, CA. He was not defined by those attributes He was defined by his kindness, integrity, generosity, and the impact he made on the lives he touched. Doug was truly loved by everyone he met. Charming and funny, everyone's "go to" guy. He was a real life MacGyver. For that he will live on in our hearts and memory forever.

Published by San Diego Union-Tribune on Jul. 5, 2015.
To plant trees in memory, please visit the Sympathy Store.
MEMORIAL EVENTS
To offer your sympathy during this difficult time, you can now have memorial trees planted in a National Forest in memory of your loved one.
MAKE A DONATION
MEMORIES & CONDOLENCES
6 Entries
I just saw this.. What a great way to allow everyone to say goodbye to Uncle Doug. He was a beautiful part of our growing up! I'm so sorry for your loss.
Suzanne Wooden-Moore
September 29, 2016
My sincere condolences & sympathy to Lynne and the Duke family. Doug was one of the first persons I met when starting high school. He became my BFF and I learned a lot from him as one of the BMOC's.

I have many fond memories of our 2 month odyssey trip across the U.S. & Canada after graduation where we matured & grew more worldly. We then went our own way for a numbers of years until he was at Calif. 1st Bank and my company did business with him & Lynne.

I remember Doug as a take charge person of good integrity with a quick wit and magnetic personality.

My good friend, you will be missed, but not forgotten. RIP
John Rice
July 9, 2015
We met our neighbors, Doug & Lynne, in 1989 when we moved into our new homes. We liked them immediately and quickly grew to love them both. Doug and I shared a lot of common interests, especially sports and native San Diego stuff! He was the nicest person and we are so very grateful to have had him in our lives. The kindness he and Lynne have for their family and friends is something we all can learn from. Doug, we miss you. And Lynne, we love you so very much. You are such a tremendous Mother, wife and friend. Love, John, Sue, Mama and Casey
July 8, 2015
So very sorry to hear of Doug's passing. It was a pleasure knowing him and working with him all of those years at CFB. He was a special person and brings a smile to my face when I think of all of those good times.My thoughts are with Lynne and Doug's family.
Sandy Flynn
July 7, 2015
Lynne, Gary and I are so sorry to hear about Doug. Our hearts are with you.