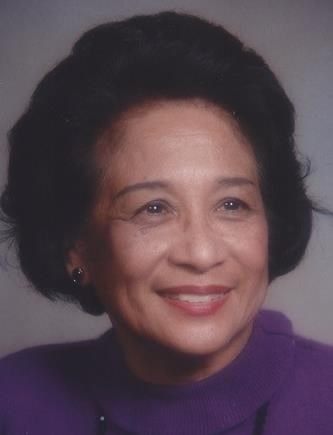 BORN
1934
DIED
2021
FUNERAL HOME
Glen Abbey Mortuary
3838 Bonita Road
Bonita, CA
Elmer Arcala Balaoing, RN
January 17, 1934 - September 26, 2021
Bonita, CA
Elmer peacefully passed away at her Bonita home surrounded by family, friends, and caregivers on September 26, 2021. Elmer was preceded in death by her dear husband, Tranquilino ("Ninoy"), and her parents, Briccio and Dolores Arcala. She is survived by sisters Purita and Marilyn, son Gil (Annabelle), granddaughter Amanda Marie (Jonathan Metz), grandson Brian Jeffrey, and great-granddaughter Jordan Makena Metz. She also leaves behind a loving extended family of in-laws, cousins, nieces, nephews, and townmates. Elmer was born in San Felipe, Zambales, Philippines on January 17, 1934. She was a loving wife, dedicated mother, and devoted Navy spouse. She married her husband "Ninoy" in 1957, and then moved to the United States to support his 26-year Navy career, which included duty stations around the Pacific and multiple overseas ship deployments, before settling in San Diego. She was a "Supermom" well before the term became commonplace, balancing home, child- rearing, and Navy responsibilities with a successful Nursing career. Being the daughter of a teacher, she understood the importance of education and shared this love of learning with her child, grandchildren, family, and friends. Elmer attended grade school and high school in San Felipe, eventually graduating from North General Hospital School of Nursing in Manila in 1954. Her graduation was the start of a 45-year career as a well-respected Registered Nurse that saw her practice in the Philippines (Zambales Provincial Hospital), Hawaii (Private Practice supporting offices in Oahu, Molokai, and Maui), Guam (Guam Memorial Hospital), and California (Alameda Hospital, Paradise Valley Hospital). She spent the final 30 years of her nursing career working in various nursing specialties at Paradise Valley Hospital in National City before retiring in 1999. Following retirement from her nursing career, Elmer spent time with her grandchildren sharing family vacations and supporting their school functions, extra-curricular events, and sporting events. She also tended to her garden and gave back to the community by volunteering with various causes that touched her life. She was a nine-year volunteer with the Navy-Marine Corps Relief Society at Naval Base, San Diego, a reading volunteer and tutor at Sunnyside Elementary School in Bonita, and was also a long-time parishioner and active member of the Lector Ministry at Corpus Christi Catholic Church in Bonita. Elmer along with her late husband, Ninoy, took great pride in being stakeholders that helped establish the San Felipe Club of San Diego. They dedicated expertise, time and resources to help organize and make the Club a reality. The Club brings townmates together socially and supports various charitable causes in San Diego and in the Philippines. Visitation will be held on Wednesday, October 20, from 5:00 PM to 9:00 PM at Glen Abbey's Little Chapel of the Roses, 3838 Bonita Road, Bonita, CA 91902.