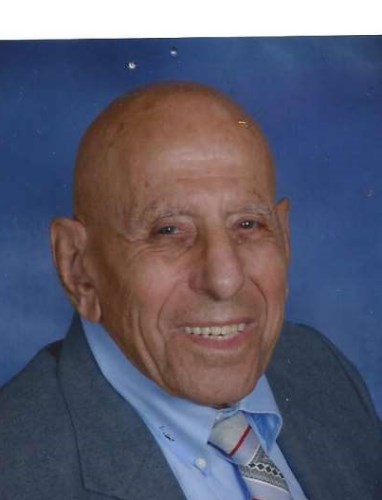 BORN
1923
DIED
2017
George J. Naff June 13, 1923 - March 23, 2017 Oceanside - Children, relatives and friends celebrate the life of George Naff who passed away March 23rd, 2017. Born in Springfield, Illinois, June 13, 1923, he grew up in Detroit, MI. The onset of WWII, he enlisted in the US Navy at age 19, earned his Ace as a fighter pilot in the Pacific. He met and married Delphine (Eckert) Naff at war's end at Coronado Island. He received his Aeronautical Engineering degree from Wayne State University, then moved wife and son Roger to Los Angeles. They had two more children, Stephanie and John. His corporate career included heading international business in Europe and the Middle East. George and Delphine relocated to Oceanside when George retired in 1997, where he lived until his passing. Delphine passed away in 2001. George was active and athletic. He traveled internationally, skied, white-water rafted and exercised and walked regularly. Family was his priority, his Orthodox religion his guidance in life. George is survived by his three children, Roger (Sandy), Stephanie (Bernd), and John (Leslie, fiancÃ©e), and brother, Tom.
Published by San Diego Union-Tribune on Apr. 16, 2017.
To plant trees in memory, please visit the Sympathy Store.
MEMORIAL EVENTS
To offer your sympathy during this difficult time, you can now have memorial trees planted in a National Forest in memory of your loved one.
MAKE A DONATION
MEMORIES & CONDOLENCES
1 Entry
I loved square dancing with you and will miss you Our deepest sympathy to the family for this loss
Ellen Kippel
April 15, 2017
Showing 1 - 1 of 1 results