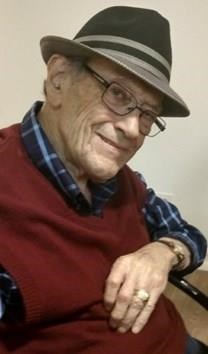 BORN
1925
DIED
2018
FUNERAL HOME
Cypress View Mausoleum & Mortuary
3953 Imperial Ave at S 40th St
San Diego, CA
Ivar Stakgold 1925 - 2018 San Diego, CA Ivar Stakgold, distinguished mathematician, author, educator, and bridge champion, died on May 29 in La Jolla, California, of heart failure at age 92. His two-volume "Boundary Value Problems of Mathematical Physics," and "Greens Functions" are influential texts in their field.Born in Oslo, Norway, in 1925, Ivar Stakgold moved to Brussels, Belgium, with his Russian-Jewish parents, Rose and Henri Stakgold, when he was four. The family left Belgium in early 1940 on the eve of the German invasion and escaped via France and Spain to the Dominican Republic. While awaiting his United States immigration visas, he took bridge lessons and would eventually represent the United States in the World Team Championships in 1959 and the Bridge Olympiad in 1960.After entry to the United States, Stakgold attended the Horace Mann School and Cornell University. He received his doctorate in applied mathematics from Harvard University in 1949. Stakgold taught at Harvard until 1956 when he joined the Office of Naval Research in Washington D.C., where he served as head of the mathematics and logistical branches. Later posts included a joint appointment in Engineering Science and Mathematics at Northwestern University and Chair of the Mathematics Department at the University of Delaware.Stakgold held visiting professorships around the world. He was president of SIAM, the Society of Industrial and Applied Mathematics; Chair of the Conference Board of Mathematical Sciences; and Director of the Washington Office of the American Mathematical Society.In bridge, Stakgold and his partner Leonard Harmon helped develop the Kaplan-Sheinwold system which was adopted by many players. He won a number of national championships and was described in a New York Times Magazine article as "a bridge legend." In 1954, Stakgold married a fellow bridge player, Alice Calvert Cox. Together they won the National Mixed Team Championship in 1969. Alice Stakgold died in 1994.In recent years, Stakgold was adjunct professor in the Department of Applied Mathematics at the University of California at San Diego where he worked with his colleague Michael J. Holstas, on a third edition of "Greens Functions" which was published in 2011. Ivar Stakgold is survived by his daughter Alissa Stakgold of Los Angeles, two step-children William Cox and Gail Cox Gagarin; his fiance Lainie Lesser-Mark; his nieces Renee Packer of La Jolla and Irene Kraas of Santa Fe, and his nephew David Wolfe of Raanana, Israel.
Published by San Diego Union-Tribune on Jun. 12, 2018.
To plant trees in memory, please visit the Sympathy Store.
MEMORIAL EVENTS
To offer your sympathy during this difficult time, you can now have memorial trees planted in a National Forest in memory of your loved one.
Funeral services provided by:
Cypress View Mausoleum & Mortuary
MAKE A DONATION
MEMORIES & CONDOLENCES
Sponsored by Cypress View Mausoleum & Mortuary Imperial Avenue.
5 Entries
Offering our condolences to your family. May the hope of seeing your loved one again, bring comfort to your hearts.
John 11:24, 25
June 7, 2019
I met Ivar in Delaware, during my 3-years visit to the University. He was the (perfect) chairman. He was one of the nicest persons I ever met in my life. Always kind and supportive. I liked his humor. A perfect gentleman. He and his wife Alice convinced me and my wife to get married (it is a long story). I will never forget him.
Rolando Magnanini
July 3, 2018
Ivar hired me into the Department of Mathematical Sciences at the University of Delaware in the Fall of 1985. He was such a warm and welcoming person, and with a good sense of humor, and so classy too. I enjoyed my interactions with him tremendously. After I left the department in 1995, he visited me in Minnesota. Until recently, I often ran into him at meetings. The 2018 Joint Math Meeting was in San Diego. I wrote him shortly before I went hoping to meet up with him. It was not to be.

The last time I saw him was at the 2013 Joint Math Meeting in San Diego. I remember sitting down with him and Zuhair Nashed, talking about the good old days in Delaware. Ivar was a friend and a mentor. I learned a lot from him. I will never forget him.
Fadil Santosa
July 2, 2018
Ivar came to the University of Delaware as chairman of Mait. Sciences to continue growth in applied math. He was an effective leader,easy to work with. He and Alice lead abroad social in Newark. I look fondly on my years of knowing him. Richard libera,n Newark,DE
June 27, 2018
I remember Ivar as a friend of my father's. He always had a big grin, and had excellent manners, as if he frequently socialized with royalty and made everyone around him feel important. He is a role model for how to age without losing his sharp wit and insights. His influence will live on in everyone who ever met him.
Jan Kleinman
June 22, 2018
Showing 1 - 5 of 5 results