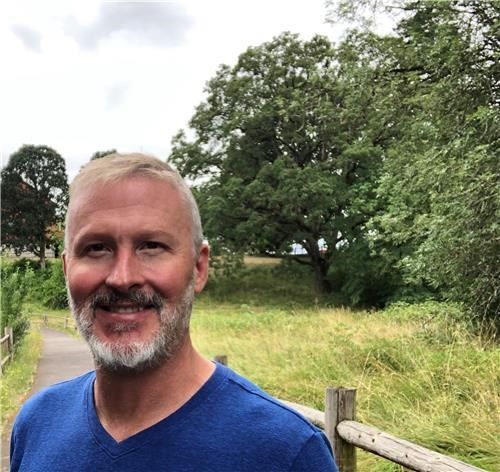 BORN
1970
DIED
2021
Our beloved husband, son, brother, uncle, and loyal friend, James Bradford Lovelace, passed away with his family by his side on Friday, September 10, 2021, at the age of 51 years. Brad fought an 8-year battle with soft tissue sarcoma.
Brad was born in Boynton Beach, Florida, in 1970. He received his Bachelor of Arts Degree in Linguistics in 1994 at the University of Minnesota. He went on to receive his Juris Doctorate, cum laude, in 1999 from the University of Minnesota Law School, where he was a member of the Minnesota Law Review.
Brad was an accomplished attorney for 20 years, most recently practicing with Goodwin Brown Gross & Lovelace LLP. He was a founding member of the probate attorneys of San Diego (PASD).
Brad met David in 2011. They would marry in 2015 in Oceanside, California. Brad was a beloved member of St. Paul's Episcopal Cathedral and loved serving during Sunday services. His compassion for those in need was abundant as a member of the Board of Directors for Alpha Project – serving the homeless of San Diego.
He will be dearly missed by his husband of 5 years, David; mother, Sara; sisters, Cheryl (Eric), Jennifer (Brian); brother, David (Lisa), as well as numerous extended family members and friends. Brad was preceded in death by his father John.
A Memorial Service will be held on Tuesday, September 14, 2021, at 3:00 p.m., at St. Paul's Episcopal Cathedral, 2728 Sixth Ave. San Diego, CA 92103.
Memorial donations may be made to St. Paul's Episcopal Cathedral or to Alpha Project.

Published by San Diego Union-Tribune from Sep. 13 to Sep. 14, 2021.
To plant trees in memory, please visit the Sympathy Store.
MEMORIAL EVENTS
To offer your sympathy during this difficult time, you can now have memorial trees planted in a National Forest in memory of your loved one.
MAKE A DONATION
MEMORIES & CONDOLENCES
0 Entries
Be the first to post a memory or condolences.