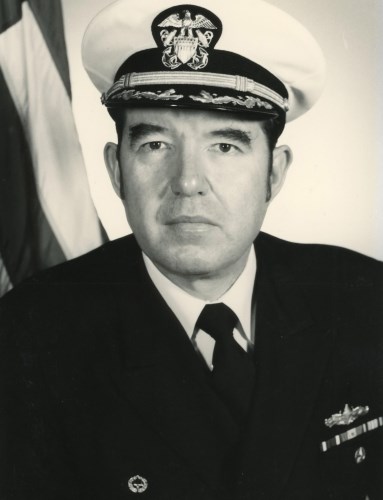 BORN
1930
DIED
2021
James J. Ridge December 11, 1930 - November 18, 2021 San Diego Capt. James Joseph Ridge, USN (Ret.), age 90, died peacefully at home in La Jolla, CA, on November 19, 2021.
Jim was born in Chicago in 1930 to James Martin Ridge and Eileen (ne Maude) Ridge, both from County Galway in Ireland. The family lived in Ireland for a year when Jim was young, eventually settling in Boston, MA, where they had a small market, Pioneer Food Store, in Dorchester.
Jim graduated from Boston College in 1953 and attended Officer Candidate School in Newport, RI. In 1954, he was commissioned as an ensign in the US Navy, beginning his career as a salvage diver and then accepting assignment to his first ship, the USS Cocopa (ATF-101). In 1960, he married his first wife, with whom he had three children; they were married 25 years.
Jim found his home in the amphibious Navy. His first command was the USS Ashland (LSD-1); his last ship command was the USS Cleveland (LPD-7) in San Diego. In 1977, he was assigned as the commanding officer of NAB Little Creek in Norfolk, VA. He was detailed to senior staff CINCLANTFLT until he retired in 1985. He returned to San Diego, where he became a realtor with Scott & Quinn Real Estate; it was through his work as a real estate agent that he would meet his second wife and become "Captain Dad" to her children.
Jim is survived by his wife of 23 years, Mary (Abrams) Char Ridge of La Jolla, and Mary's children Sarah and Andrew Char. He is also survived by his children and grandchildren: Jim Ridge (OH) and his daughters Molly and Cara; Eileen Ridge (VA) and her daughter Rachel Ward; and Matthew Ridge (CA) and his son Shane. Jim was preceded in death by his parents and all of his siblings: sister Katherine (Kate) Linnehan and brothers Francis, Kevin, and Brendan Ridge. He was also predeceased by his first wife, Meri Dell (ne Sharbutt) Ridge.
Jim will be fondly remembered by cousins, nieces, nephews, and other relations in the US and Ireland. He was a man who made friends wherever he went, and created community among his fellow sailors, his walking buddies, the patrons of Gelato Vero Caffe, parishioners at St. Vincent Catholic Church, and his neighbors in La Jolla. They all meant a lot to him. His cremated remains will be interred at the National Memorial Cemetery of the Pacific, in Honolulu. In lieu of flowers, the family encourages donations to the San Diego Rescue Mission.

Published by San Diego Union-Tribune on Dec. 5, 2021.
To plant trees in memory, please visit the Sympathy Store.
MEMORIAL EVENTS
To offer your sympathy during this difficult time, you can now have memorial trees planted in a National Forest in memory of your loved one.
MAKE A DONATION
MEMORIES & CONDOLENCES
7 Entries
Eileen, family, and friends, Just read the newspaper article and what a wonderful and interesting life Mr. Jim had. Thoughts and prayers had been with you and continue to be with all during the Christmas season and this 2022 New Year.
Anita ( Lou ) Alphin
December 12, 2021
In the fifty plus years that I have know Jim I have grown to love him deeply. He became more of a friend and a "brother" than a brother-in-law. In recent years distance kept us from visiting often, but we chatted frequently. I will miss those phone calls! I believe he is now smiling and sharing that marvelous grin with all The Ridges that welcomed him with opened arms.
Dottie Ridge
Family
December 11, 2021
My condolences to the family and may he rest in peace. I have good memories of his visits to my grandparents in Rosmuc.
Tomás O'Hare
Family
December 11, 2021 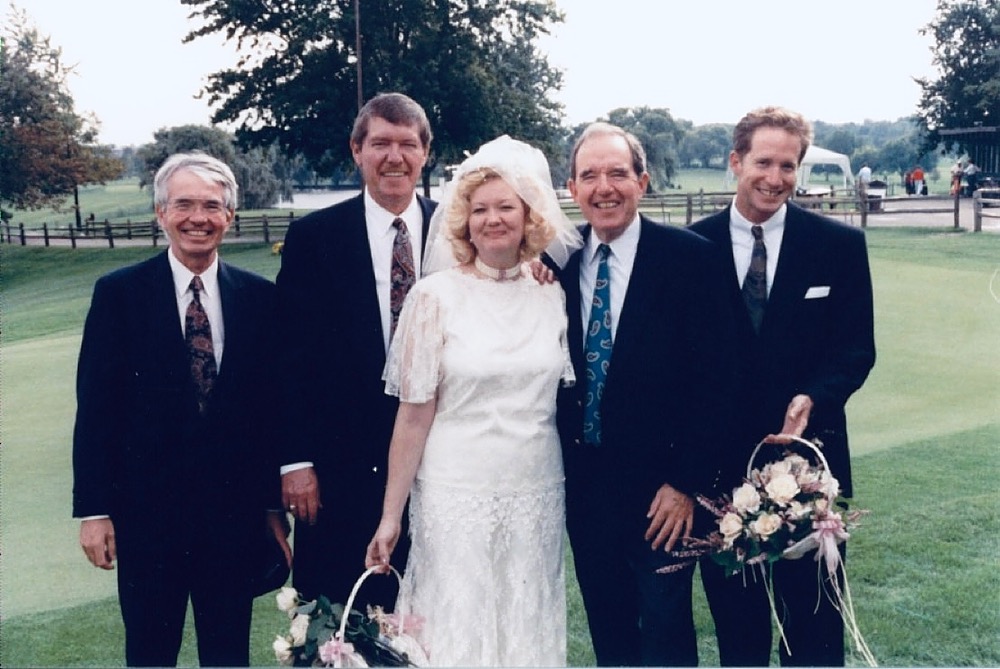 I first met Jim when I was dating his brother Frank. I liked him immediately and happily got to know him as a warm, friendly and through-and-through Irish lad with a twinkle in his eye and a ready smile. I grew very fond of him over the years. We shared some lovely times together, story telling, laughing and enjoying life - with the occasional tot of Jameson. I will miss him greatly. Thanks Jim at my right the day I became a Ridge. Linda Ridge
Linda Ridge
Family
December 10, 2021
So sorry to hear about the passing of Jimmy RIP. He will be very much missed by the family here in Ireland and we will miss his visits. Thinking of you all at this time. With much love. Louise xx
Louise Fahy
Family
December 9, 2021
Our deepest sympathy to Mary and Jim´s family ..It was always happy times to see cousin Jim coming to visit us in Ireland .. You will be fondly remembered ..Rest in peace Jim ..
Bridget fahy
December 7, 2021
I am sorry to hear about Jim´s passing. My deepest sympathies for Mary and Jim´s family. He was a fixture at Scott & Quinn. Jim good-naturedly tolerated my continuous needles about his Naval service, me being an former Marine officer. It went back and forth as you can imagine. I miss those days. Jim was a true officer and gentleman.
Jim Scott
December 5, 2021
Showing 1 - 7 of 7 results