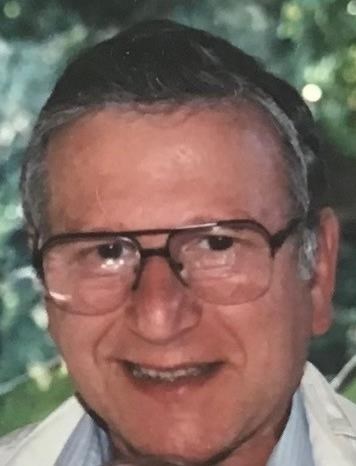 BORN
1934
DIED
2021
Joseph C. Fremont, M.D.
October 30, 1934 - September 11, 2021
San Diego, CA
Joseph C. Fremont, M .D., born October 30, 1934, in Brussels, Belgium, died peacefully at home in San Diego, California, on Saturday, September 11, 2021 after a long battle with Parkinson's Disease. A compassionate and passionate physician for 35 years with Kaiser Medical Group, he led their efforts in San Diego to understand and humanely treat HIV and AIDS patients - men, women and children - in the mid-80s. He was, in the best sense of the word, a gentleman. In the beginning of the AIDS epidemic, when prejudices and transmission concerns led many healthcare workers to avoid or brusquely interact with HIV patients, Joe was a compassionate, dedicated physician who would enter an AIDS patient's room with calm and courage, setting an example and a high standard of patient care. He often said that he learned so much from his patients simply by carefully listening.

Authoritative and meticulous in his professional life, Joe's family loved him as a quiet man with a dry, playful sense of humor, a deep knowledge of history and world events, and an extraordinary ability to locate chocolate no matter where it was hidden in the house. He was one of the Jewish children hidden in a Belgian Catholic boarding school during W.W.II, and emigrated to the U.S. in 1950, landing in Chicago with his family: parents, Aaron and Sally Freilich, sister Rehla (Schneier) (deceased) and brother, Albert Fremont. He graduated Von Steuben High School, and received his M.D. degree from University of Illinois, Chicago Medical School in 1959. Having served a year each of internship and residency in Internal Medicine at Mt. Sinai Hospital, Chicago, he became an Epidemic Intelligence Service officer of Communicable Disease Center (CDC) on assignment in Seattle, Washington at University of Washington. Upon his discharge in 1963 he began an Infectious Disease residency at the Veterans' Administration Hospital, Los Angeles, Finishing his residency in 1967, he joined Kaiser Permanente Medical Group in its newest hospital at Bellflower, California. He was first Chief of Infectious Diseases Department, and then Chief of Medicine at Bellflower, from 1972-78. Leaving that position, he moved to the new Kaiser facility in San Diego, becoming Chief of Infectious Disease at Zion. Considered a physician's physician, given many awards, he retired in 1999. In his retirement, he enjoyed travel, theater, cinema and music for many years before being diagnosed with Lewy Body Parkinsons Disease and Lewy Body Dementia in 2012.He is survived by his loving wife of 64 years, Beverly, and his children, Suzanne (Jacques Distler); David (Kim Rioux), Eric (Adrian), Allen (Deceased) (Chloe Bird), Radha (Binod Dhakal) and grandchildren, Jack (Katie Heasely); Matthew Schagrin (Emily); Rachel Schagrin; Kendra; Lauren Distler (Jonathan White); Avi Distler; Jeremy Bird-Fremont; Evan Bird-Fremont; Navya and Nir Dhakal. Donations to UNICEF or Jacobs and Cushman San Diego Food Bank in lieu of flowers are appreciated.
Published by San Diego Union-Tribune on Sep. 19, 2021.
To plant trees in memory, please visit the Sympathy Store.
MEMORIAL EVENTS
To offer your sympathy during this difficult time, you can now have memorial trees planted in a National Forest in memory of your loved one.
MAKE A DONATION
MEMORIES & CONDOLENCES
7 Entries
A great loss to mankind and medicine. Joe was the master clinician and Mensch. His brillance, compassion, friendliness, and collegiality were palpable. A rare individual will be woefully missed.
Robert Zeiger
Work
September 24, 2021
Many fond memories of working with him at Kaiser. He was a wonderful listener and very patient with all. So sorry Bev...you were a great team. Love, Lisa
LISA MONTESANO
Work
September 20, 2021
for appearing normal, he was really a giant of giving, intellect, compassion and humor. We miss him dearly
Barb and Jim Dudl
Friend
September 19, 2021
It was both a privilege and an honor to work with Dr. Fremont in the HIV+ clinic. His care for both patients and staff was singular. Hugs. Mina
Mina Taylor retired Kaiser social worker
Work
September 19, 2021
Truly a "physician's physician". As a primary care physician at Kaiser, I consulted with Joe on difficult infectious disease cases. Joe listened well and helped formulate an intelligent plan for the patient's care.
John Skirgaudas, MD
Work
September 19, 2021
With condolences and love to the Fremont family on the loss of your gentle, humorous, loving husband, father and grandfather. Bev..I love you. Jackie
jaclyn gang
Friend
September 19, 2021
Beverly, my condolences. So sorry to hear of your loss. Stay strong. Rick
Rick Seidenwurm
September 19, 2021
Showing 1 - 7 of 7 results