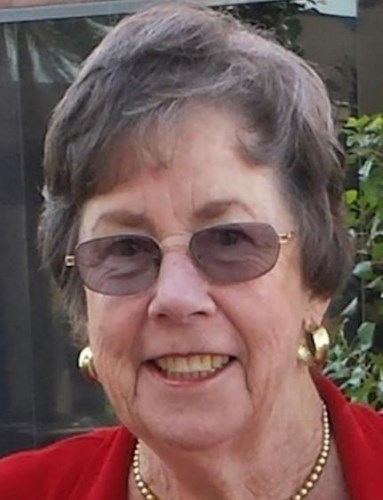 Judith Haidinger
1940 - 2021
Rancho Palos Verdes
Judy Haidinger passed away at her home in Rancho Palos Verdes, California on October 11, surrounded by her family and her dog, Skipper. Judith Lochridge grew up in Altadena, California, where she attended Westridge School for Girls in Pasadena. Judy attended Stanford University from 1958-1962 and earned degrees in Mathematics and French. Judy lived with her husband, Tim, and their two children, Kerry and Tori in Newport Beach from 1966-1982, where she was instrumental in creating the Orange County Natural History Foundation and Museum. After that, Judy moved to Rancho Santa Fe, where she was active in the community, and eventually served as the Director of Admissions for La Jolla Country Day School until her children were out of college. After Judy and Tim divorced, she moved to San Juan Capistrano, CA, and was the Director of Admissions and Financial Aid at St. Margaret's Episcopal School for 12 years. In her role, Judy cherished the relationship she built with each family and thought of her admitted students as members of her own extended family. Judy retired to the Santa Ynez Valley for 6 years and then eventually moved to the South Bay to be near her daughters and grandchildren. For the past 5 years, she lived with her daughter Tori's family in Rancho Palos Verdes.All who knew Judy appreciated her exuberant spirit, her bright and curious mind, her total joy for life, her remarkable sense of adventure, her irreverent sense of humor, and the mischievous sparkle in her eyes. She will be missed by many.A Celebration of Life will be held on Dec. 4th at 10 a.m. St Margaret's Episcopal Church in San Juan Capistrano.
Published by San Diego Union-Tribune on Oct. 16, 2021.
To plant trees in memory, please visit the Sympathy Store.
MEMORIAL EVENTS
Dec
4
Celebration of Life
10:00a.m.
St Margaret's Episcopal Church
San Juan Capistrano, CA
MAKE A DONATION
MEMORIES & CONDOLENCES
4 Entries
As a Westridge classmate of your Mother's since the sixth grade, I will always treasure the memory of her sense of humor, quick wit and love of life. As an educator of 40 years, I feel cheated that I did not stay in touch with your Mom and share our common passion. Please know what a joy she was to have as a classmate. I have kept my Westridge yearbooks and if Mom didn't and you would like to see pictures of her as a young sprout let me now. My deepest sympathy for the loss of your beloved Mother. Meg
Meg Jenson Scrofani
School
October 23, 2021
Kerry, I am so saddened to learn that your mom has passed. I have SO many memories of her : the Olympic games, your wedding, Alpha Phi events:-). She was always so welcoming and genuinely interested in learning all about everyone! She had a gift of making me, and everyone, feel like she cared about each of us. I can only imagine how proud she must have been of you and all her grandchildren. My love to you & your sister. Please let me know if you need anything. With Love, Anna
Anna McCarthy
Friend
October 21, 2021
We are so sorry to hear of Judy's passing. We had so much fun playing tennis with Judy and enjoying dinners with her in Rancho Santa Fe. She was a wonderful person,
Judy and Tom Flanagan
October 21, 2021
We are so sorry to hear of your Mother's passing. We both enjoyed so many fun times with Judy when she lived in Rancho Santa Fe. We loved playing tennis with her, enjoyed many nice meals together and always admired her. She was missed when she moved from Rancho. God Bless her and her lovely family.
Judy and Tom Flanagan and Family
Friend
October 21, 2021
Showing 1 - 4 of 4 results