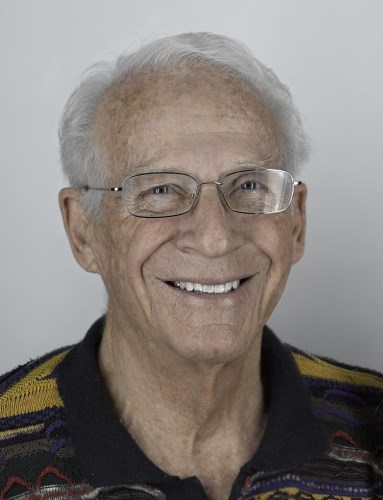 Kenneth George Hanson
July 12, 1928 - July 12, 2021
La Mesa
Kenneth George Hanson was called to his eternal, heavenly home on July 12, 2021, his 93rd birthday. Ken was born in Upland, California to Kenneth Ian Hanson and Delta Paris Hanson. At the age of eight, the family moved to Honolulu, Hawaii. He attended Punahou, graduating in 1946. He attended the University of California, Berkeley, where he earned a degree in Zoology in 1950. Dr. Hanson graduated from University of California, San Francisco Medical School in 1954. That summer, Ken met his future wife, Jacquelyn "Jacquie" Bagley at Minneapolis General Hospital where he was an internal medicine intern, and she was working as a nurse. From 1955 1957, Dr. Hanson served as a captain in the United States Army Medical Corps stationed in Munich, Germany. Following his service, he returned to Minnesota to marry his "best gal" on March 8, 1958. Dr. Hanson continued his residency at Minneapolis General before completing his training at St. Luke's Hospital in San Francisco in 1960.Later that year, Ken and Jacquie and their two young sons relocated to Lemon Grove, where Dr. Hanson began his affiliation with La Mesa Internal Medicine Group. The family, now with three daughters to join their sons, moved to La Mesa in 1969 and Dr. Hanson continued his successful internal medicine practice until his retirement in 1993. Throughout his medical career, he was committed to the care of his patients, even making house calls to those who were not able to travel to his office. His patients described him as thoughtful, caring, thorough, and genuine. One colleague described him as "not only the best physician I've even known, but also the best man I've ever known".Ken's service didn't stop at caring for his patients. He also served as President of the Spreckels Organ Society, President of the San Diego chapter of the American Cancer Society, President of the East County Grossmont Community Association and dedicated his time and expertise to many other medical and community organizations, including as a docent at the Heritage of the Americas Museum. He served as a medical missionary to the indigenous people of Papua, New Guinea and the people of the Navajo Nation in Arizona. Ken and Jacquie were faithful members of Lemon Grove Lutheran Church for over 60 years. They also opened their home and hearts to numerous foster children. Ken had a lifelong love of ships, fostered by his many travels from Hawaii to California during his youth. Music was an integral part of his life, and he contributed his time to the Music Scholarship Council and the Four Seasons Music Group. He loved to play the piano and organ, travel, and was a voracious reader. Ken is survived by his wife of 63 wonderful years, Jacquelyn Pearl (Bagley) Hanson, Ian & Donna Hanson, Peter & Shawn Hanson, Martha & John Bacon, Janet & Brad Houghton, Lyn & Tracy Donohue, 12 grandchildren, and 2 great-grandchildren.While we grieve our earthy loss, we celebrate his victory by grace, through his faith in Jesus Christ, and are confident, that in God's perfect time, we will be reunited for eternity in God's presence.A celebration of life will be held on Saturday, September 18th at 1:00 p.m. at Foothills United Methodist Church, 4031 Avocado Blvd, La Mesa, CA 91941. Hawaiian attire or business casual attire suggested.Memorial donations may be made to: Spreckels Organ Society (www.spreckelsorgan.org), Grossmont Hospital Foundation (www.give.sharp.com/grossmont-foundation), and Samoa/Lutheran Feeding Ministry 2055 Skyline Drive, Lemon Grove, CA 91945.
Published by San Diego Union-Tribune on Aug. 1, 2021.
MEMORIAL EVENTS
MAKE A DONATION
MEMORIES & CONDOLENCES
5 Entries
Thanks for the wonderful bio of Dr Hanson, who I must have met somewhere along my 40 year path in SD CA. I just had my audition on the Austin 1931 @ St Joe's Cathedral downtown....needs a lot of work. douglas Gunderson viola, organ, piano, guitar, recorders etc.
douglas gunderson
Other
August 23, 2021
Ken was a volunteer at the Heritage of the Americas Museum for many years. His extensive knowledge on a wide range of subjects was remarkable. His favorite relic in the museum was a very large jade dragon ship. Ken was a gentle man, equally enjoyed by both adults and children. Ken and Jacquie were treasured members of the museum family. He is missed. We are so grateful that our lives were enriched so beautifully by Ken.
Kathleen Oatsvall
August 23, 2021
A wonderful Doctor and Man; the Best.
William Pogue
Work
August 8, 2021
Sending love to the Hansen family especially Jackie. I remember you as our closest neighbors in Lemon Grove and my sisters played with the Hansen kids. (I think I was too old to get involved in the shenanigans but maybe I just forget!) love and prayers. Barb (#1 daughter)
Barbara Brumbaugh
Friend
August 7, 2021
Ken was wonderful. He and Jacquie were loving parents and foster parents, active participants in the community, and highly respected in all ways. He was a quiet and energetic worker for the community, with excellent productivity,.We will/do miss him much. Bill Pogue
Bill Pogue
August 1, 2021
Showing 1 - 5 of 5 results