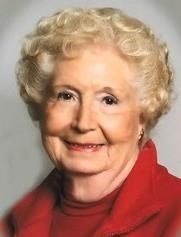 BORN
1927
DIED
2021
FUNERAL HOME
Nalley-Pickle & Welch Funeral Home
3800 N Big Spring St
Midland, TX
Leona Emily Johnson McNeese Marshall
July 23, 1927 - September 26, 2021
Midland, TX
Guided by her love and deep religious faith, Leona Marshall, 94, of Midland, Texas, was matriarch to her family. She died peacefully of natural causes in her home on September 26, 2021. Leona's life began on July 23, 1927 in Burlington, Iowa. Her father Paul was a Baptist minister, and her mother Lura was a teacher. When she was five years old, Leona's family moved to Junction City, Kansas. After graduating high school at the age of 16, Leona attended Biola University in Los Angeles, California. During that time, she sang in the radio and messiah choirs, as well as played piano for the Student Messiah Union Quartet. After three years, Leona graduated with Bible Studies and Psychology Degrees in 1947. Shortly after receiving her diploma from Biola University, Leona began graduate courses at San Diego State University before finding a new interest her future husband, Clyde T. McNeese, a WWII veteran and master carpenter from Texas living in San Diego. They fell in love and got married in El Cajon, California at First Baptist Church, where her father served as minister. Leona and Clyde were happily married for 36 years and together had a son, David, and daughter, Lannette. Clyde died of lymphoma cancer in 1985. During this period of life, Leona started her career as a San Diego City Schools Executive Secretary. Her career spanned 34 years, with 32 of those years spent at Marston Junior High School, where she retired in 1990. Influenced by her parents, Leona's love has always been church. That's where she played the piano and organ, and also sang in the choir. Participating in musical programs brought Leona great joy throughout her life. That joy led Leona to marry Les Marshall in 1990. Together they enjoyed a 10-year "love cruise" and traveled the world hand in hand. Les passed away from lung cancer (never smoked a day in his life) in 2000. In February 2008, Leona moved to Manor Park in Midland, Texas to be closer to her daughter and son-in-law. During that time, she made new friends, had a new home built, and enjoyed creating a new life and memories centered around The First Baptist Church of Midland. Whether living in San Diego or the Permian Basin, generations of her family looked to Leona for guidance, love and approval because of her wisdom, knowledge, and the sound decisions she made that were governed by her Christian devotion. Leona is survived by her son David McNeese of Santee, California and daughter, Lannette Amador of Midland, Texas. She cherished all her grandchildren and adored her great-grandchildren. That love was also self-evident toward her stepchildren and their families, to whom she was very close. Leona's ashes will be scattered at sea off Point Loma in San Diego, California.In lieu of flowers, the family requests memorial donations be given to The First Baptist Church of Midland, or Midland Hospice. Arrangements are under the direction of Nalley-Pickle & Welch Funeral Home & Crematory of Midland. Online condolences can be made at www.npwelch.com.
Published by San Diego Union-Tribune on Oct. 3, 2021.
To plant trees in memory, please visit the Sympathy Store.
MEMORIAL EVENTS
To offer your sympathy during this difficult time, you can now have memorial trees planted in a National Forest in memory of your loved one.
Funeral services provided by:
Nalley-Pickle & Welch Funeral Home
MAKE A DONATION
MEMORIES & CONDOLENCES
Sponsored by Nalley-Pickle & Welch Funeral Home.
0 Entries
Be the first to post a memory or condolences.