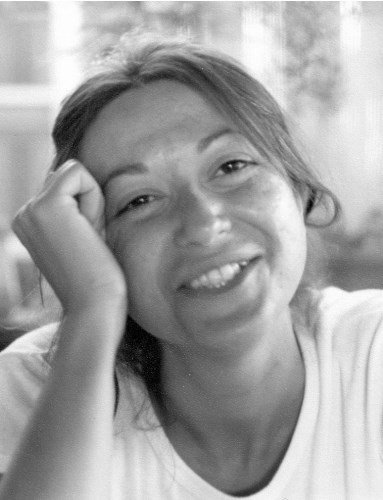 BORN
1947
DIED
2021
Mary Jube Thompson
March 1, 1947 - October 18, 2021
Scottsdale, AZ
Mary Jube Thompson, 74, of Scottsdale, AZ passed away peacefully surrounded by her children on October 18, 2021.Born March 1, 1947, Mary was raised in Greeneville, TN and studied at the University of Tennessee and San Diego State University. She went on to spend more than four decades in San Diego, both raising her children and as a longtime lecturer at SDSU. An artist of many mediums, Mary was a proud member of the San Diego Book Arts collective and shared her artistic craft with the Sharp Memorial Hospital Rehabilitation Center "Players". Mary was passionate about her yoga and Feldenkrais work and loved searching for vintage mid-century treasures. Mary lived most recently near family in Phoenix, interspersed with brief jaunts to her beloved Ireland.Mary answered to many names: "Jube", "Mom", "Sister", "Little League Scorekeeper", "Team Mom" and a few others for the characters she liked to occasionally don. Most especially, she was "Mamow & Mamaw" to her three grandchildren: Jory, Emma and Cara. She is also survived by her sister Jo Ann Thompson, sons Jason and Benjamin Lewis, daughter Deborah Lewis, children-in-law Heather, Gigi and Jamie, as well as cherished extended family and friends. Mary was predeceased by her parents, Ulysess Grant and Mary Nelle Thompson.At Mary's request, no formal service will be held. In lieu of services, Mary wished for all those close to her to partake in an activity that they loved doing with her.Mary spent her last two years, as she liked to say, 'outwitting cancer'. The family wishes to thank the many friends, advocates and care staff who supported Mary throughout this journey, including Mayo Clinic's Dr. Nabil Wasif and Erin Van Buren, DPT as well as her entire care team at Hospice of the Valley. Mary was immensely grateful for the extended time they provided her to spend with those she loved.In lieu of flowers, please consider a donation to Hospice of the Valley (www.hov.org), whose work may continue to serve others' families as much as it did ours.
Published by San Diego Union-Tribune on Oct. 22, 2021.
To plant trees in memory, please visit the Sympathy Store.
MEMORIAL EVENTS
To offer your sympathy during this difficult time, you can now have memorial trees planted in a National Forest in memory of your loved one.
MAKE A DONATION
MEMORIES & CONDOLENCES
3 Entries
Mary was one of my colleagues for many years at San Diego State. One of the many attributes that she used beautifully in writing classes was the love of art and culture(s) that she held so dearly. Students were very much impressed. What a talented, intriguing teacher she was!
Ann M. Johns
Work
October 23, 2021
I am so deeply sorry for this loss. The Feldenkrais community extends their deep and sincere sympathy to Mary's family and loved ones. May she rest in peace.
Stacy Barrows
October 22, 2021
Jube was a unique person and our lives were enriched by having her be a part. She will be greatly missed
Elyse Novak
Family
October 22, 2021
Showing 1 - 3 of 3 results