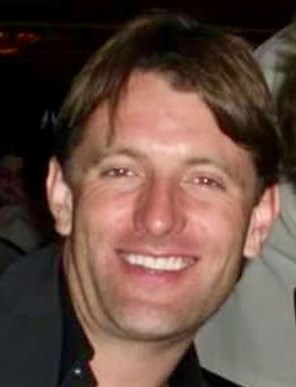 BORN
1976
DIED
2017
Max James Yakubek October 13, 1976 - March 15, 2017 Encinitas Max was born in La Jolla, California and died in an accident on Wednesday, March 15, 2017 in Encinitas. He was preceded in death by his father, James Yakubek who died on September 11, 2001. He is survived by his Mother, Leslie Ann Monteath, his step-father, Gordon Monteath, and his brother, Nicholas Rodes, Aunts Janet Klein and Sandra Delehanty, and Uncles Joseph and Thomas Awad. Max was beloved by all his family and many friends. His friends have remarked frequently about Max's close and loving friendship with his mother, Leslie.As a young boy, Max attended San Dieguito Academy. During his youth he was an active sports participant, and loved soccer, baseball, swimming, skiing, hiking, fishing and surfing. In his 20's, he became interested in the sound and television industry, and in 1998-1999 he attended the Los Angeles Recording School of Audio-Visual Technology, graduating with a certificate in A-V Systems Design and Development. For several years he worked as an employee and consultant for several companies staging music and dance events at various venues around southern California. Max formed his own company in San Diego, MaxMedia . He was a hard worker and technical perfectionist in the field with an earnest desire to continue to provide top-of-the-line service and response to his customers. He loved his work and had great pride in the excellent professional reputation that he built over the years. A celebration of Max's life will be held for his close friends and family in a local ceremony on Sunday, April 2, 2017. In lieu of flowers, the family would appreciate donations be made to the Rancho Coastal Humane Society, 389 Requeza Street, Encinitas.
Published by San Diego Union-Tribune on Apr. 2, 2017.
To plant trees in memory, please visit the Sympathy Store.
MEMORIAL EVENTS
To offer your sympathy during this difficult time, you can now have memorial trees planted in a National Forest in memory of your loved one.
MAKE A DONATION
MEMORIES & CONDOLENCES
23 Entries
Love you every day Maxer. Miss your hugs and smiles. You'll always be in my heart and thoughts.
Janet Klein
Family
March 27, 2021
I come to this page with a very heavy heart. Brother Max I had no idea you had passed away till I found this page. This probably explains why I have not heard from you in such a long time. We were friends and housemates. We had such a strong bond. I still remember meeting you for the first time in Downtown San Diego with your mom.
I wish I could turn back time just so that I could meet with you and hang just one last time. I know how much you missed your Dad and I hope you are at peace. Love you Max !

Dhanish
Friend
November 20, 2020
Miss you Max! I will always miss you. Your smile helps alot.
Janet Klein
Family
March 28, 2019
Thinking of you today Max. I will always celebrate your life. I'll have a piece of cake for you ....keep smiling! I love and miss you everyday. xo
Aunt J
October 13, 2017
Thinking of you a lot today. Wish you were here Max to celebrate life in a different way. I love you XXXOOO
Aunt J J
October 13, 2017
Max was a good friend of mine since the mid-nineties. He was kind, funny and smart and was always quick to help those who needed it. He was a jack of all trades. We played tennis often; Ill miss those games brother. I was saddened and shocked to hear of you passing my friend. Im so sorry brother. Rip Max.
Chad Edwards
Friend
October 5, 2017
Tonight I felt Max's presence. I smiled, but was reminded how I miss him. Keep me smiling Max
July 23, 2017
Max installed a Home theater system for us a little over 10 years ago that we still enjoy today.

While I didn't get a chance to know Max well, I remember his enthusiasm for his work and his ever ready smile. Its easy to see why he was admired and loved by everyone he met.

I was struck by the memory his friends shared about his life and his concern for everyone.

A big man with a big soul.
Bruce Morley
May 12, 2017
Dearest Maxer, I still can't believe this is real. You were my oldest friend, literally 2 weeks apart, knowing you my whole life. I have amazing memories of you from many wild adventures. From early days of sitting on the giant brick wall in the mornings in Marblehead with the fishermen, to diving in Catalina and you pushing me to go further into this underwater cave. I knew you, you knew me. We didn't need to talk every day or every year, every time we got together it was like I just saw you yesterday. I will treasure your amazing spirit always and I can still hear your excited giggle talk and see your hands move....I love you always my friend...Cassie
May 2, 2017
Dear Leslie and Nick, I just found out about the tragic passing of Max.My heart is broken for you. I always loved to see him when you came to visit., He was a beautiful smart young man. I have fond memories of him.May God give you strength and comfort during this difficult time. Hugs and love to you both.
Joy Rodes Bivens
April 30, 2017
Max could make even going to the DMV a special occasion. Literally. The time I was lucky enough to know him, work with him, be friends with him. Will go down as some of the most important times. some of the last important times.. In liue of my untimley message, max was in my thoughts. And always will be. Condolences to Mrs. Monteath, Gordon and Nick. He always spoke very fondly of you guys.
jerome kinsey
April 27, 2017
Dear Maxer: Today I have thought of all your gifts and special talents . The way you had such an artistic vision. Your ability to look at an issue in your media business and see it as three dimensional. And then all your workers would say , "Yes, Max, we get it".

And then so much creative work , and then everything you imagined became real. People who worked for you thought you were magic . You were. I will always remember the beautiful work you did, the people you inspired. The people who loved you.

You were one special person. Endowed with such creative abilities.

We were stunned, humbled by your abilities.

And miss you so much. Love you my darling Maxer, Mom
Leslie Monteath
April 21, 2017
Peace to you and deepest sympathy to your family .
May you have eternal serenity and we will see you again one day. You will always have lots of loving people that remember you. You'll not be forgotten
Rest In Peace our brother

Margy and Cerina Lopez
Margy Lopez
April 14, 2017
Sandra Delehanty
April 12, 2017
It is heartbreaking to hear of Max's passing...My prayers and condolences for Max's family. I pray for your healing and to know he is always with you. I will always remember what a happy and talented person Max was, and always with a smile and good vibes...Rest in peace my brother
Tim Bybee
April 10, 2017
Rest in peace, my friend. You will be missed. Was a pleasure being your friend. Catch you on the flip side. Say hello to Nick.
Richard Gersten
April 9, 2017
Leslie, as I wrote before, Max was one of my favorite people. He was a good and true friend to Josh and helped him over many hurdles. I loved Max's spirit and always felt a kinship with him. My heart goes out to you.
Karen Thorne
Karen Thorne
April 6, 2017
Leslie ~ What a beautiful send off to Max today. Many will most likely see this in days to come. I hope it's a comfort to you the way he was loved and made a difference in so many lives.
We are here for you and you are always on our minds and our hearts!
Be still with memories and laugh with your Son he is still with you every step of the way!
Love
Dawn Awad-Walker
April 2, 2017