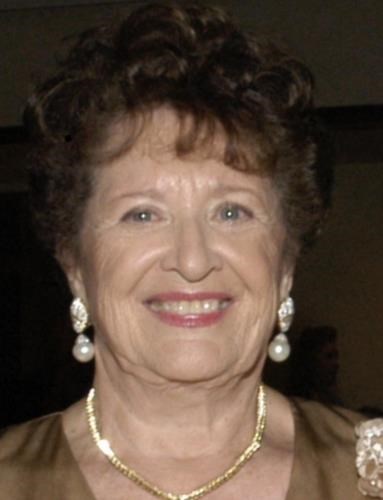 BORN
1923
DIED
2019
ABOUT
Susan Miller Dorsey High School
FUNERAL HOME
El Camino Memorial – Sorrento Valley and El Camino Memorial Park
5600 Carroll Canyon Rd
San Diego, CA
Muriel Roston September 9, 1923 - February 3, 2019 Carlsbad Muriel Roston, 95, of Carlsbad, passed away peacefully on Sunday, February 3, 2019. She was born to the late Sadie and Max Maltzman on September 9, 1923 in Boston, Massachusetts. She moved to Los Angeles as a young girl and she graduated from Dorsey High School. Muriel married Irving Roston and had two children, Ellen and Michael. She studied at the Otis Art Institute in Los Angeles and went on to become a talented artist. Many of her colorful and diverse paintings have been sold and others donated to her favorite charities such as the Magdalena Ecke Family YMCA, the Winston School of San Diego, the Mary Birch Hospital for Women, Seacrest Village, and many more. She moved with her family to Point Loma in San Diego while her husband built La Costa Resort and Spa. After it was completed in 1965, the family moved to La Costa and was known as its first family. This is where she lived for 53 years. She was very active in her community and she raised money for many community needs. Because of her generosity, she was the recipient of many honors, including the Carlsbad Citizen of the Year, the Salvation Army's Woman of the Year and induction into the California Hall of Fame. Muriel donated her time and talent to such groups as the Carlsbad Library, Sharp Memorial's Neonatal Intensive Care Unit, Children's Hospital, the Gemological Institute in Carlsbad, the Salk Institute in La Jolla and the Carlsbad Arts Committee. She even taught art in her daughter's class at La Costa Meadows Elementary School. She will be greatly missed by her children, grandchildren, and great-grandchildren.
Published by San Diego Union-Tribune on Feb. 9, 2019.
To plant trees in memory, please visit the Sympathy Store.
MEMORIAL EVENTS
To offer your sympathy during this difficult time, you can now have memorial trees planted in a National Forest in memory of your loved one.
Funeral services provided by:
El Camino Memorial – Sorrento Valley and El Camino Memorial Park
MAKE A DONATION
MEMORIES & CONDOLENCES
Sponsored by El Camino Memorial – Sorrento Valley and El Camino Memorial Park and Mortuaries (Sorrento Valley).
1 Entry
Mrs. Roston I heard about your passing a few weeks ago .You were such a good friend to me .I cant begin to thank you for everything you did for me.Thank you for letting me be your manicurist for so so many years . What a huge heart you had .I enjoyed all of my time with you and miss Carmen . Carmen and Renee loved you so very very much and I love seeing your son and beautiful daughter whenever I was at your home .You and Mr. Roston were such a wonderful loving couple . The both of you were Mr and Mrs La Costa and I loved our talks every Thursday morning when I would come to your beautiful home . I miss you so much and i thank you for being in my life .I miss you Mrs .Roston and love you with all my heart. Lynette Cory ❤
Lynette Cory
Friend
March 8, 2019
Showing 1 - 1 of 1 results