BROWN, ROBERT "R.D." Oct. 22, 1944 to Jan. 7, 2011 Our beloved husband, father and friend lost his battle with cancer on January 7, 2011. A native San Diegan, R.D.'s accomplishments during his lifetime are too numerous to name, so those he was most proud of are as follows: Member of the 1957 La Mesa Little League team that went to the LLWS; Navy veteran; 35 year veteran of the San Diego PD; Member of OMBAC; and member of SD Law Enforcement Emerald Society. R.D. is survived by his wife Laura Christine, sons Nicholas and Shawn, daughter Suzanne, and grandchildren Jacinda and Jake. He was preceded in death by his parents, Maurice and Violet; brother Billy; sister Jocelyn; and son Steve. Services to be held on Friday the 14th at The Rock Church, 2277 Rosecrans St., San Diego, with a celebration of his life immediately following at the Police Pistol Range, 4008 Federal Blvd., San Diego. In lieu of flowers please consider a donation to his favorite charity, the Widows and Orphans Fund at the San Diego Police Officers Assn., 8388 Vickers St. San Diego 92111. Although we will always miss R.D., we will remember him for his legendary wit, his smile, and with a good cigar in his hand.

Published by San Diego Union-Tribune on Jan. 12, 2011.
To plant trees in memory, please visit the Sympathy Store.
MEMORIAL EVENTS
To offer your sympathy during this difficult time, you can now have memorial trees planted in a National Forest in memory of your loved one.
MAKE A DONATION
MEMORIES & CONDOLENCES
Sponsored by Christine Brown, his loving wife.
39 Entries
RD, you made this sometimes tough life a lot easier by just being around you. You made a difference. Thanks. My condolences to the Brown family.
January 19, 2011 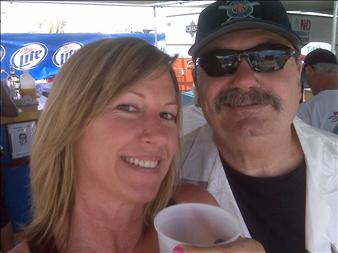 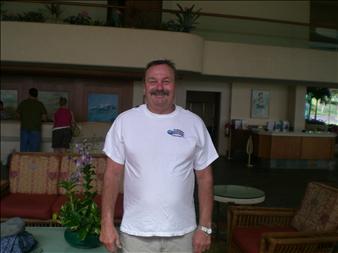 January 18, 2011
We all missed Bob at the Mother Goose Parade this year. Our prayers are with the family and the 1957 Team family!
Patti Tuttle Shryock
patti tuttle shryock
January 17, 2011

Anne Young O'Dell
January 16, 2011
My deepest sympathy to the family especially Susie (hope you are doing okay; it's been a long time)Nick and Shawn. Your dad was a big part of my life a long time ago. I hold many great memories of him and will always love him for those memories.
Anne (Young) O'Dell
Anne O'Dell
January 16, 2011
RD,
I was able to attend your memorial on Friday. I was touched by the showing of love from your law enforcement family. There were hundreds in attendance, and it was obvious that you were loved and respected.
You would have been so proud of your family, especially your son, Nick, and the eulogy that he delivered. He did such a great job under very difficult circumstances.
Your friend, Miguel Rosario, gave a eulogy that was both touching and funny, he brought down the house! At the same time it gave everyone insight into your caring and loving personality...and your famous sense of humor!!
Chris -- RD is gone but please know that he will not be forgotten.
Respectfully,
Brad and Teri Pickett
January 16, 2011
RD-just returned from your touching memorial service and I don't have to tell you how loved/respected you are-family, friends, SDPD (past & present). I have thanked you before-and will do so again. You gave me a big break when I really needed it. R.D. could also be your initials for the "REAL DEAL". Rest in peace, big guy!
Mike Miller, SDPD Retired
January 15, 2011
I always wondered when my dearest friend would meet a many worthy of her love. You sure were worth the wait! You were her everything and she yours. It was so apparent to all. RD you will be greatly missed by everyone ever lucky enough to meet you. Thank you for simply being you. It was an honer and a privlidge to know a man as great as you. You have two amazing sons that promise to be just as much and more.....God Bless and I can't wait to meet again. Much Love- Elyse Daoust
Elyse Daoust
January 15, 2011
I am so very sorry for your loss. RD was legendary at the police department. May you take comfort knowing he is out of pain and is with God. May he rest in peace.

Dawn Redd
Dawn Redd
January 14, 2011
Hey, Bobby, I remember you only as an always-smiling kid I loved to play baseball with. It was great that we made it to the Little League World Series, but you and I would have played catch all night for nothing if our parents didn't come and drag us home!

I lost touch with you after junior high school (that's what they called it back then), but I can tell from all that I've read that you lived a positive, proactive, every-minute-counts life, with a wonderful family and a beautiful inside-and-out wife!

What an impressive legacy you've left behind, my good friend!
Lew Riley
January 14, 2011
You were a wonderful Brother In Law and great host for all the parties in La Mesa. I'm happy to have had you in my life, and happy my sister picked the best guy. Thanks also, dropping your name..got me outta 3 potential tickets...Love you and see you soon
Linda Beckett
January 14, 2011
Bob and I were partners for a period of time nearly 40 years ago. We were assigned to a special police unit named SCAT and I really enjoyed working with Bob - he was gutsy, dependable, and always ready with a joke. I'm saddened at his passing and extended my deepest sympathies to his wife and family.
Ernie Foucault
January 14, 2011
RD, I will always hold dear and close to my heart, very fond memories that we created over those seven-eight years. Road was a little bumpy, here & there; however, for me as a small child the good superseded anything else :) Although, I was pretty young, I can very vividly remember, those animated, silly facial expressions you would make behind everyone’s head, or back, but mine & that great sense of humor! You truly will be missed, but by no means, forgotten.
Michelle Adonis (Shelly Young)
Michelle Adonis
January 14, 2011
Men like RD are hard to fine. It was a honor to grow up through sports with Bob and to play on three all-star teams with him. The members of the famous 1957 LLWS team will miss him. He's probably introducing a good cigar in the heavens right now.
Dick Gowins
January 13, 2011
We will now put to rest a legend in the history of SDPD. You will be missed. Light up a cigar and hoist a cold one to his memory.
Paul Schwenn
January 13, 2011
My thoughts and prayers are with you in your time of grief. May your memories bring you comfort.
Regina Brazis Fabre
January 13, 2011
Bobby, You were a wonderful cousin and friend. I was so honored to have you in my life and so sad you are no longer there to talk to, laugh with and, of course, help me move. And what would I do without your expert help putting up drapery rods (hehehe). But I will miss you more than you will ever know. Thank you for being there when I needed you. I love you and will miss you! Judy
Judy Truett
January 13, 2011
R.D. you were a fine friend and a mentor, always fun to be around. Very good memories at the 153 Club, The Carrousell, CBI, The Pennant and other watering holes. May god be with you always. Will miss you.
Fausto (fool)
Fausto Gonzalez
January 13, 2011
Bob was one of my favorite partners back in the day - gutsy, reliable, and always with a joke. I'm saddened by his passing and extend my deepest sympathies to his wife and family.
Ernie Foucault
January 13, 2011 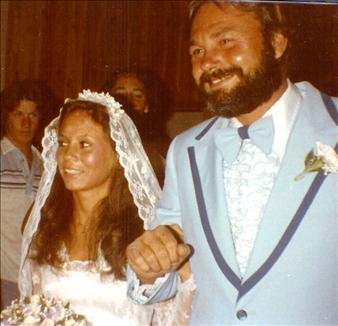 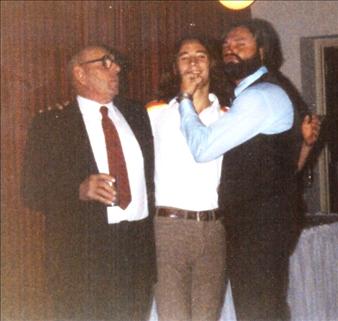 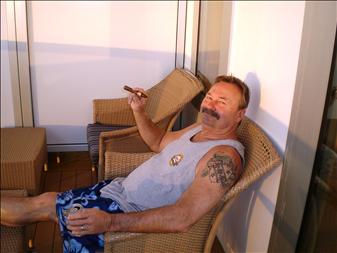 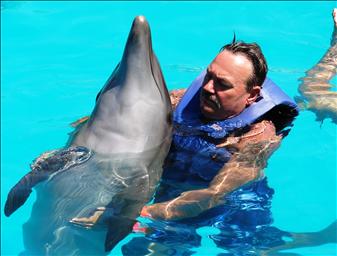 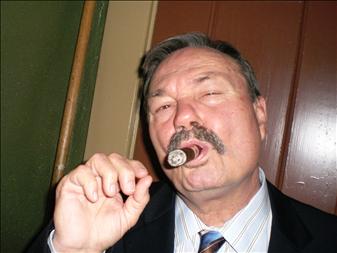 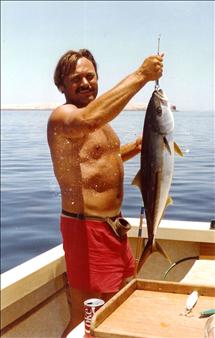 suzy brown
January 13, 2011
I will always remember RD as this very warm, kind and big person. I will never forget your wedding to Christine in Lake Tahoe. It was such an honor to be there for you and Christine. This year's Relay for Life cancer walk I will be walking for you. Lorraine P. Ensign
January 13, 2011
RD, you will always be a legion. In fact, without a doubt, “RD Brown” is the greatest legion in the history of SDPD. I thank God I had the opportunity to have you in my life and be such great friends with you!! You will truly be missed but never forgotten!! Thanks for being you!!..... And thank you Christine for being such a special part of RD’s life......if you need anything please don’t hesitate to call.
JC Clark
January 12, 2011
RIP R.D. You will be missed.
Jim Culligan
January 12, 2011
RD, you were a kick. Being a cop on the adjoining beat was always a different day with you around. You made the day shift a little more fun then it normally was. God bless you and watch over all of us.
Bill Papenhausen
January 12, 2011
RD's smile and gentle demeanor will be missed. I am so happy that he and Christine found each other and had the opportunity to live their life with one another. We will remember him with a smile back and appreciate the chance we had to know him. Christine we will always be here for you.
Mary Sturniolo
January 12, 2011
Goodbye Bob~~I never saw you without a smile on your face~~~you lived large and I looked up to you and admired your integrity~~~as a man and a professional~~~I was but a 17 year old when I first met you and my admiration was immediate~~~and it still burns strong inside of this now 48 year old man~~~Rest in Peace R D Brown from Robert W Lambert
Robert Lambert
January 12, 2011
You made a little kids life better. 37 yrs later I still fondly recall your helping, advice, laughing, and chiding. May Heaven grant you the love and Comfort you deserve.
Tommy Harlan
January 12, 2011
RD....My only regret is that I didn't know you longer. You were a great friend and will be missed by all of us who were lucky enough to have known you.
Greg Fried
January 12, 2011
Truely lost a great American and an epic human being thats love for life was apparent. I have lived directly across the street for the last 7 years...and literally, the pleasure was ALL mine. You will be greatly missed by myself, my wife and boys who adored you. Myself, Al, Jack and Gary will see that Krissy is well taken care of. Rest my friend, you deserve it.
Greg Zamora
January 12, 2011
RD, you were one of those people who friendship was easy with. Thanks for being a part of my life, even if it was too short.
Lee Bacon
January 12, 2011
R.D. I hope you are looking down at me from Heaven. I was the one in V/W who always called you about your reports. You always said-"Oh Please Julie Bolton-don't be mad." You always brought a smile to my face even though you couldn't see it. Please keep everyone laughing up in heaven. Julie Bolton
January 12, 2011
Here's to RD, LD & VD and all the great times inbetween. Your humor and big heart were always your trade mark. You will be missed.
Joe Cristinziani
January 12, 2011
R.D. You were a great friend and will truly be missed. Planned on coming back for the service but i'm snowed in in Pa. Your old roomate. Al Lutzi
Al Lutzi
January 12, 2011
Showing 1 - 39 of 39 results