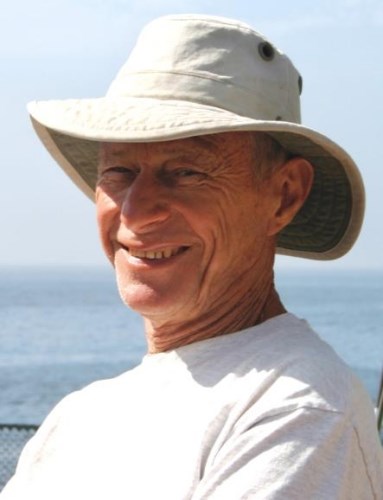 FUNERAL HOME
Alhiser-Comer Mortuary
225 S. Broadway
Escondido, CA
Ronald J. Vavra
March 9, 1935 - October 15, 2021
El Cajon
Ron Vavra passed away on October 15 th 2021, one month after suffering a heart attack and several strokes. It was such a surprise to his family and friends, as he had always led such a healthy and active lifestyle. Everyday he exercised, meditated and had a healthy diet. Throughout his life he carried a positive attitude. Even in the hospital, when asked how he was doing, he replied, "Never better". One of his great passions was spending time in nature, having an especially keen interest in birds. He lived in El Cajon with his wife of 62 years, Gale. He fathered three sons, Mark, Kurt and Jay. He always loved and was so proud of them (and their wives; Chris, Eileen and Jean) and six grandchildren; Maya, Ellis, Shea, Trajan, Faye and Evan. His grandchildren affectionately called him "Viejo". Ron grew up in Glendale California with his parents, William and Mabel, and his brothers, Billy and Robert. He went to Hoover High in Glendale where he was an outstanding track sprinter. He continued his education at Glendale Community College, San Jose State and Stanford. Ron and Gale married in 1958 and then moved to Lakeside, California where Ron was hired as El Capitan High School's first track and cross country coach and as a P.E. teacher. In 1964, Ron was hired at Grossmont College as the first track and cross country coach, as well as a P.E and Adapted P.E. teacher. His teams at Grossmont and El Capitan were dominant, winning several C.I.F and state titles. Ron treasured his relationship with his fellow coaches; Bob Larsen, Jack Mashin and Jim Peabody and his athletes. Many of his athletes still kept in touch with "Coach" he loved this. In 1970 Ron took a sabbatical leave with his family to Europe to learn the German sprint techniques. It was the "trip of a lifetime", living in a VW van for 6 months while visiting 13 countries. All who knew this amazing man will miss him.
Published by San Diego Union-Tribune on Nov. 7, 2021.
To plant trees in memory, please visit the Sympathy Store.
MEMORIAL EVENTS
To offer your sympathy during this difficult time, you can now have memorial trees planted in a National Forest in memory of your loved one.
Funeral services provided by:
Alhiser-Comer Mortuary
MAKE A DONATION
MEMORIES & CONDOLENCES
Sponsored by Alhiser-Comer Mortuary.
19 Entries
Ron had a wonderful passion for life, weather through coaching or, just getting the flags out for a home meet, Sprint tall with Tempo, proud Vaquerol
Eric Olander
December 8, 2021
such great memories from the 50's. Running together at Hoover High (Glendale) Glendale College and the ultimate San Jose State under legendary coach Bud Winter who was responsible for turning San Jose State into Speed City. Close friends since 1950, roommates twice at San Jose and the remembering of times past on the telephone. Your spirit will live on forever with me...jim
Jim Hushaw
Friend
December 6, 2021
Ron Vavra: the greatest friend and coach on the planet. The workouts were challenging and your enthusiasm always encouraging. We enjoyed your personal commitment, friendly smile, and our accomplishments following those killer workouts. All the good was reflected in best efforts and serves us well in all aspects of our lives. You continue to be remembered on every occasion requiring our best. We carry your vibrance with us. Thanks Ron --- our great friend and coach at Grossmont Community College. ---- The next challenge is following your path in meditation.
GREGORY HAYES
School
November 23, 2021 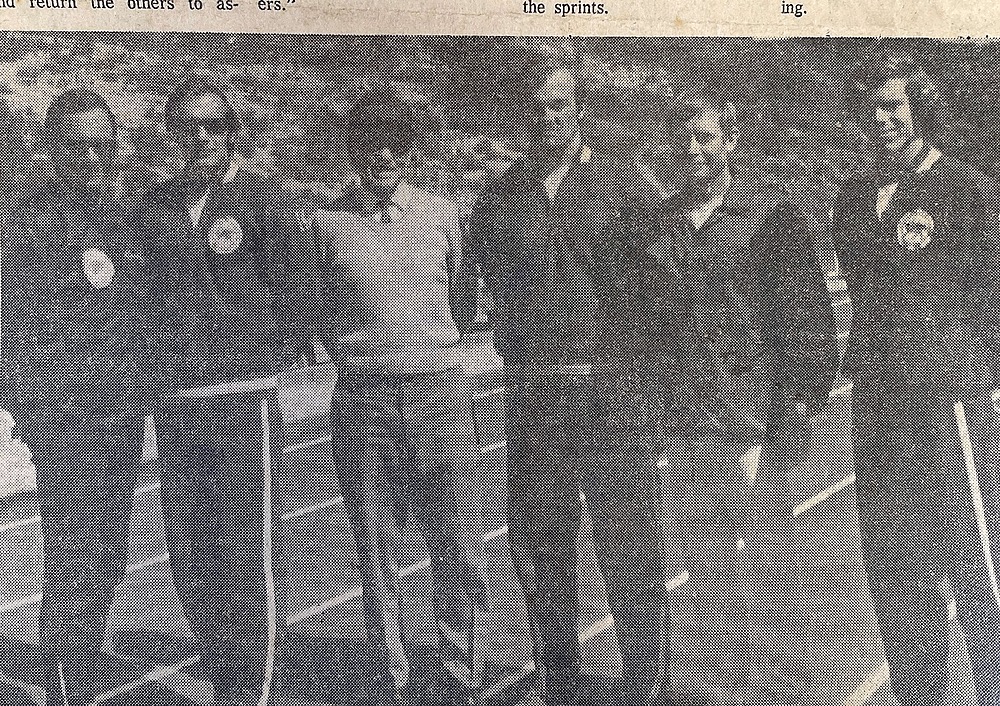 My heart felt condolences to Gale and family. I will never forget the time at Grossmont College, '70-'71, with Ron and the past 50 years of yearly visits from Hawaii and countless phone conversations. I had planned a trip to S.D in August to visit Ron and Gale but came down with a mild Covid case and didn't make it there to see Ron. God brought Ron into my life and he will be with me forever through the rest of mine. I loved him very much! Randy Provinzano
Randy Provinzano
November 20, 2021
Like so many others, he changed my life. Will miss "Coach"
Lewia Payton
November 15, 2021
I competed on the 1980-1981 & '82 track team at Grossmont JC. I was so very lucky and greatful to have him pass on his pearls of wisdom. I rewturned to Grosmont aftyer a 6 year enlistment in 1993. I was a TA in his PE class. We would talk for hours about Scotland and his sons. He loved them. I spoke with him last in 2003. I will never forget him. Coach you helped me at my lowest. We owe you. Peace...
Philip A Cookson
School
November 14, 2021
I became the Mt.SAC T & F and CC Coach one year prior to Ron becoming Grossmont's, and our friendship (win or lose) was always the greatest...I have so much respect for Ron as a coach and a gentleman. Our family followed Ron' s to Europe living in a VW Camper in '72-73 , sharing with the Gehering's there (also on a sabbatical), making us ever closer over the years. Mt.SAC has a beautiful new stadium complex with a Legend's Park within...we will be planting a tree with his name in memory of in the park. He deserves this recognion (check the Mt.SAC athletic website to see new stadium layout. Our very best to his family.
Don Ruh
Work
November 11, 2021 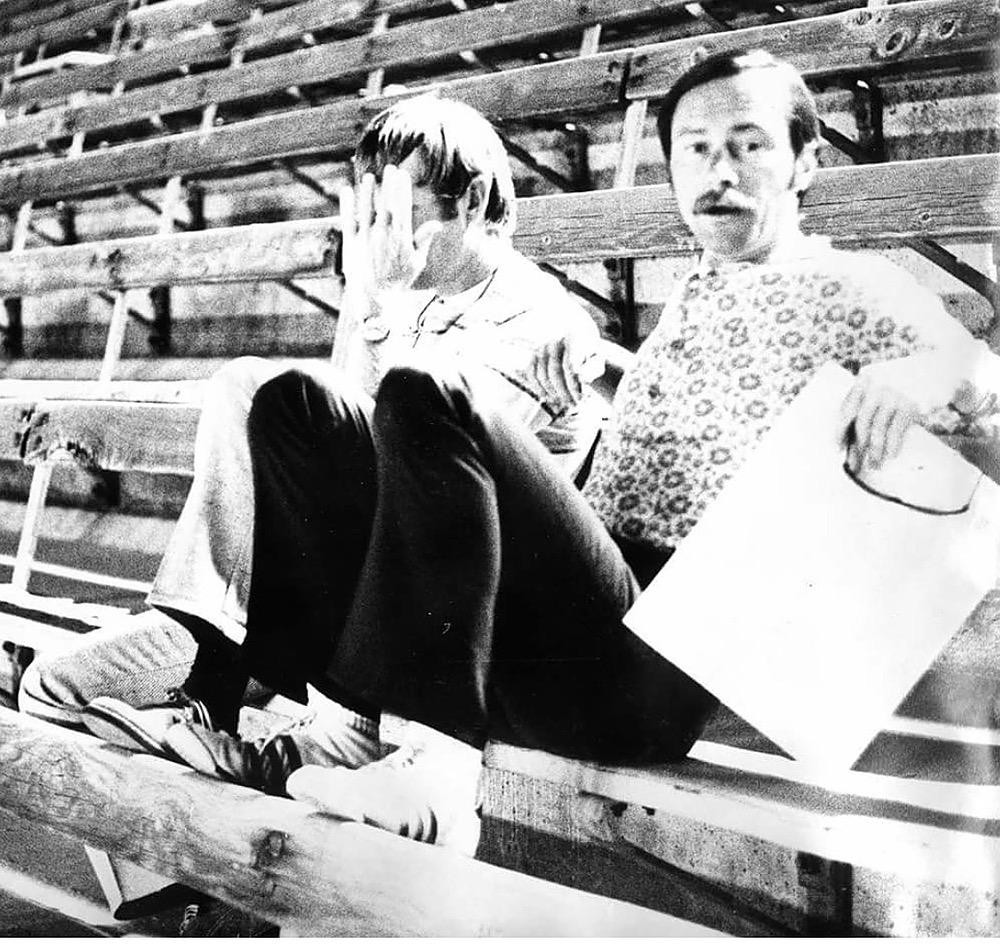 Coach Ron Vavra and his sidekick, Coach Bob Larson (pictured). Ron was like a second father during my freshman year in College. He had a way of making his athletes feel like they were the only person in his world. When he spoke, we gained self confidence. He changed my life in so many ways. I am blessed to have known Ron Vavra. Godspeed Coach!
Roy Gayhart
School
November 10, 2021
I count myself lucky for having known The Old Coach. To use one of his own phrases, "He was really something". Truly a life well -lived. Lots of love to the family from the "Millsman", as Ron dubbed me.
Jerry Mills
Friend
November 10, 2021
I remember as an 11 year old going over to Ron and Gale's house to listen to their experiences on sabbatical in Europe. This inspired my dad Rich (also a community college track/cross-country coach) to plan the same. We spent more than half of 1973 in a dozen European countries. Such a memorable experience inspired by that conversation. My condolences to the Vavra family.
Mike Gehring
Other
November 9, 2021
We extend our sympathies to the Vavra family in the loss of a dearly beloved family member.
Wayne and Marge Layton
November 9, 2021
We always enjoyed visiting with Ron when he was down in Imperial County at his hunting club. A better man would be hard to find. Prayers going out for him and his family.
Ken & Sherri Wuytens
Friend
November 8, 2021
I know my life and that of so many others was better because of knowing Ron!
Gary Close
School
November 8, 2021
A great person and coach, who affected so many lives in a positive way.
Brian Williams
Other
November 7, 2021
Ron was a special person . A great coach and teacher
Felix Rogers
November 7, 2021
What a wonderful man who really cared for those he coached. He helped make my two years a Grossmont something special that I look back on fondly.
Dennis Hamblin
School
November 7, 2021
Sending my heartfelt condolences to you Gail and your children for your loss in Ron's passing. He spoke highly of his love for you and his pride of his sons. His positive attitude was uplifting and I valued our conversations when he came in to the bank. May he rest in peace with our Lord and may God be with you and your family
Shirley Caputa
November 7, 2021 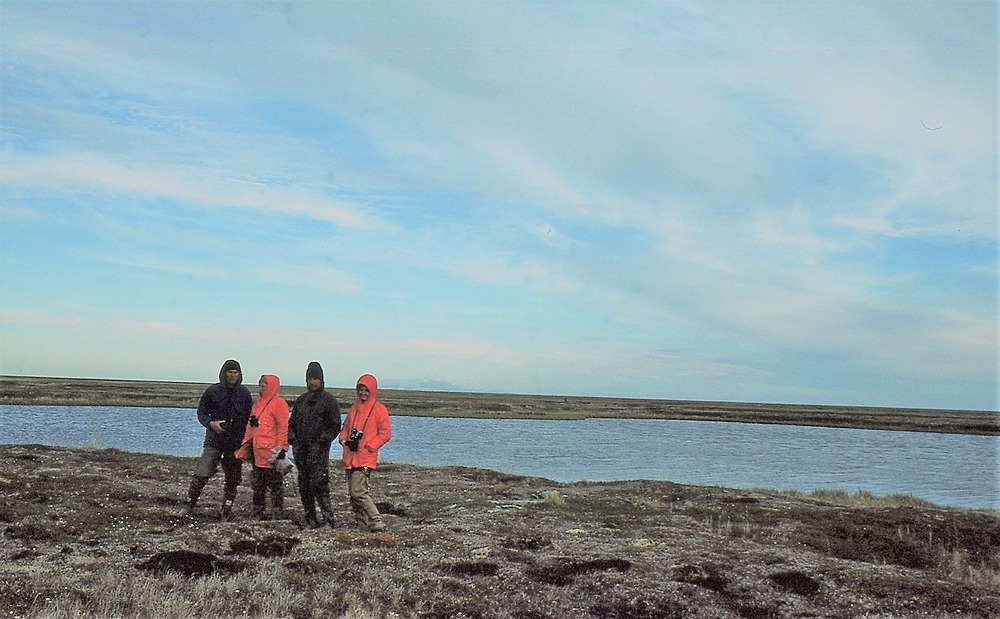