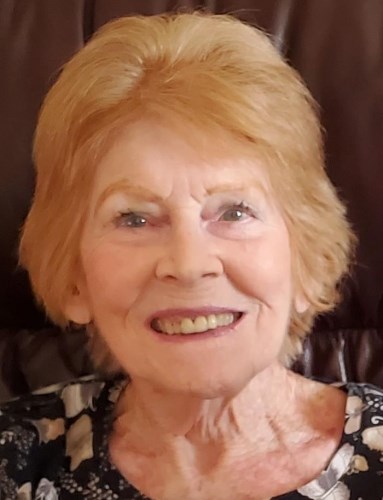 FUNERAL HOME
Smart Cremation
7709 Convoy Court, Unit 2E
San Diego, CA
Sharon Rose De La Cruz November 20, 2021 National City, CA
Sharon (Joanne) Rose De La Cruz went to be with the Lord on November 20, 2021 while hospitalized. She was 88 years old. She was born in Hustontown, Pennsylvania to William Kerlin and Bertha Chilcoate. She resided in National City, California at the time of her passing. When she became an empty nester, she worked as a clerk with the County of San Diego from 1975 until she reached retirement age.
Her determination pushed her to pursue a college degree. She graduated from Southwestern College with an AA in Business Management in 1986. After retirement she worked for ARC as a respite caregiver and later as an independent contractor for the Federal Department of Social Security, as a court reporter for disability hearings.
She excelled at ballroom dancing, with Mario Balestrieri, for over 35 years until she suffered a stroke in 2015. She was a beauty with impeccable style and had an infectious, charming personality. She was a constant presence at her grandchildren's sports/school activities. She had a servant's heart and would help those who were ill or troubled.
She is survived by daughters: Belinda Ledoux (Moe); grandsons, Justin and Gabriel Kessler of California; Patricia Marsland (John); grandchildren Monica De La Cruz and Bryan Nowlin of Arizona; Cherie De La Cruz; granddaughter Maya Kizier of Arizona. Her siblings include Claude Bookheimer, Marvin Bookheimer, Linda Mellott and Donald Bookheimer of Pennsylvania; Florence Bookheimer and Darlene Ankrom of Virginia. She was preceded in death by granddaughter, Jessica Allen; brothers Charles and Bruce Bookheimer. She leaves behind 23 great-grandchildren and seven great-great-grandchildren.
Her burial arrangements are being administered by Smart Cremation. She will be buried in Pennsylvania alongside her mother. In lieu of flowers, donations can be made to the American Heart Association or the San Diego Humane Society. ALWAYS IN OUR HEARTS.

Published by San Diego Union-Tribune on Dec. 5, 2021.
To plant trees in memory, please visit the Sympathy Store.
MEMORIAL EVENTS
To offer your sympathy during this difficult time, you can now have memorial trees planted in a National Forest in memory of your loved one.
Funeral services provided by:
Smart Cremation
MAKE A DONATION
Please consider a donation as requested by the family.
MEMORIES & CONDOLENCES
Sponsored by Smart Cremation.
2 Entries
May your memories of the wonderful times you shared with your loved one comfort you and your family, today and always.
American Heart Association
December 8, 2021
Belinda, Patty and Cherie..... Sorry to hear that your mom passed away. There are many fond memories of her as we grew up on 2nd Street. She will be greatly missed. God Bless her.
Walter Carreno
December 7, 2021
Showing 1 - 2 of 2 results