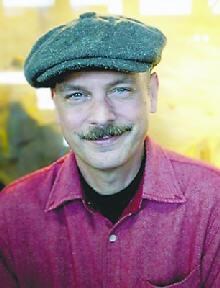 BORN
1962
DIED
2015
Martin, Steven Charles 07/17/1962 ~ 02/18/2015 SAN DIEGO -- Born and raised in San Diego, Steve took a high school graduation gift and bought a ticket to Manila. He fell in love with the Philippines, transfixed by its complicated, welcoming culture and people. Although he quickly returned home, his passion for the Philippines remained. Thinking that the best way to get back to the Philippines was to join the Navy, Steve entered the service, and served as a submariner, sailing the Pacific at the height of the Cold War. Eventually moving to Chiang Mai, Thailand, Steve mastered Thai and opened a school, teaching Spanish and English. Steve parlayed his gift for storytelling and delight in unearthing obscure cultural and historical details into a career as a writer. He wrote travel guides to destinations throughout Southeast Asia and worked as a journalist, writing for the AP, AFP, and Time's Asia edition. An ardent collector with an eye for finding rarities in the rough, Steve gathered one of the world's largest collections of antique opium-smoking paraphernalia, which he donated to the University of Idaho. He wrote a book on the subject as well as a memoir, Opium Fiend, and his expertise landed him consulting work for museums, television and films, including the HBO drama Boardwalk Empire. Steve pursued life with passion, humor and a sense of integrity that left his friends grateful that he chose them. Steve, who was battling cancer, left this world with dignity and grace, surrounded by friends who loved him. His final resting place is Miramar National Cemetery. Condolences: [email protected]

Published by San Diego Union-Tribune on Mar. 4, 2015.
To plant trees in memory, please visit the Sympathy Store.
MEMORIAL EVENTS
To offer your sympathy during this difficult time, you can now have memorial trees planted in a National Forest in memory of your loved one.
MAKE A DONATION
MEMORIES & CONDOLENCES
42 Entries 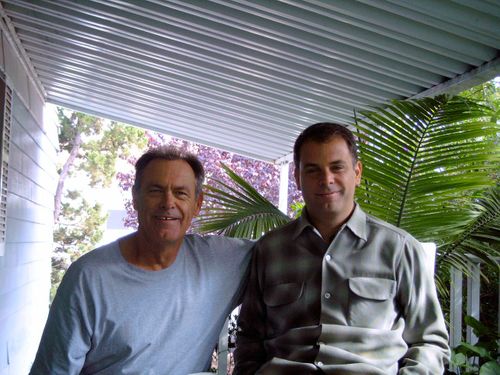 Son, Now six years since your untimely passing. I miss just the thought of you not being able to keep enjoying the adventures and friends your life brought . Forever in my heart and thoughts and prayers . I love you always . Dad
James Martin
Father
February 18, 2021
I read Opium Fiend many years ago, and to Steven's everlasting credit, he began the book by describing the awful, painful horrors of withdrawal in the first chapter! That was gut wrenching for me to read, I never abused or used opiates, but I am a recovered alcoholic, so I know quite a lot about addiction and recovery. Bill, living in Rosamond, Ca. with over 28 years sober.
William Utvich
Friend
July 16, 2020
Steve, thanks for the visit in my dream the other day. I could so vividly hear your voice, your laugh- I woke up with tears streaming down my face. Our family hasnt been the same without you, miss you more than you know.
Carmen Uribe
Friend
March 23, 2020
Dear Son,
Five years I lost you, someone with such a great spirit for adventure. I think of you and miss you daily. Remembering you as a young lad with a thirst for knowledge and love of travel.
It's been said that "time heals"... Not for me..

Dad
James Martin
February 18, 2020
Dear Steve, I think of you often, Hope the Afterlife is a good one, your legacy lives on in your books and Collection, best wishes and respects, Cathy xx
Cathy Mackenzie
Friend
February 26, 2019
I read Mr. Martin's book shortly after my own detox from a different form of opiate, and was moved to write to him about it. He took the time to answer me and wish me well. He was a great writer and a very sympathetic human being as came through his writing. I was just now reading up about him, hoping to find maybe he had written another book, and instead found his obituary.
Joseph Arthur L
April 26, 2017 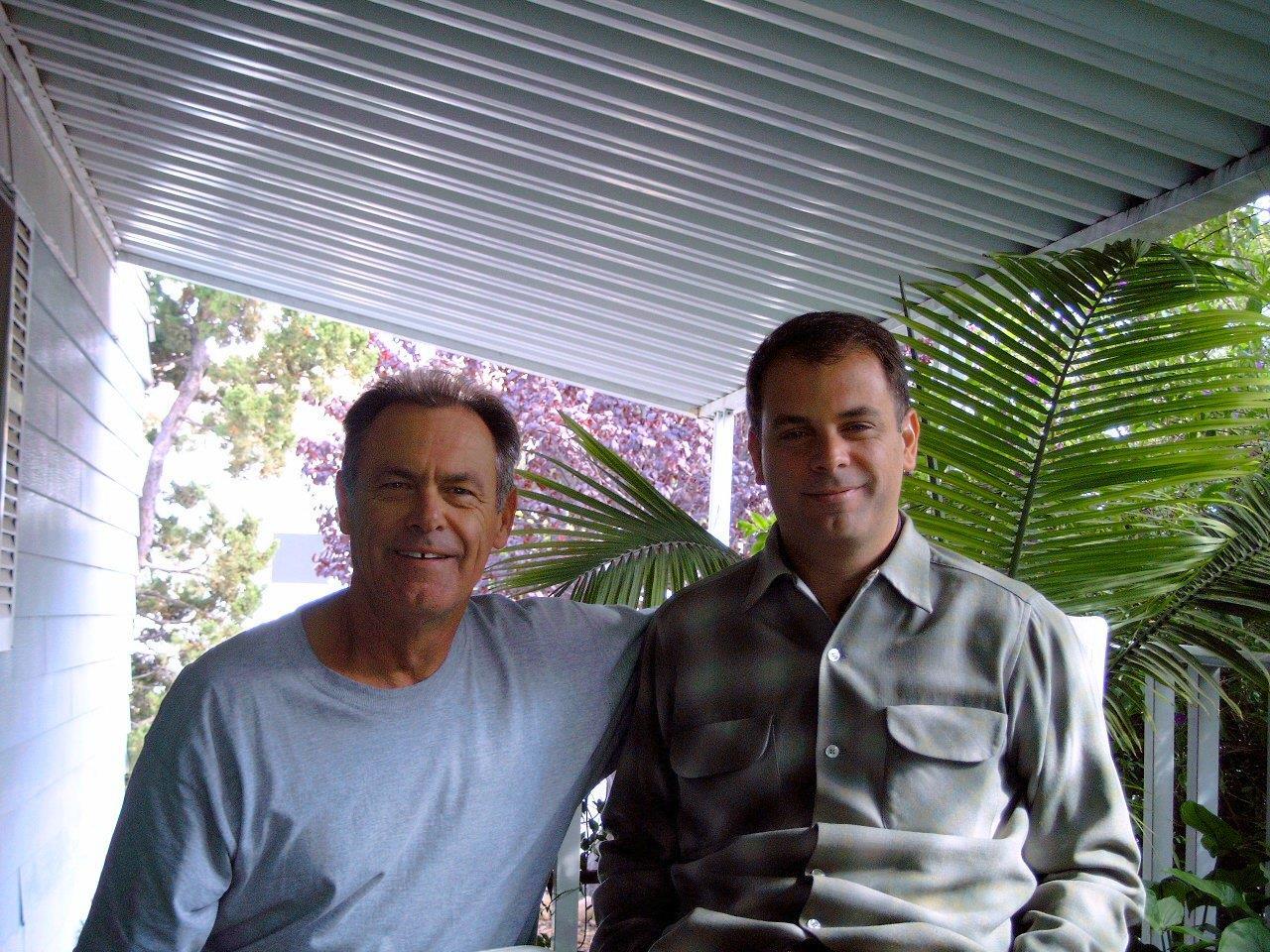 I will always remember all of the good times our family shared. The vacations to near and distant states and the wonders of discovering our National Parks. Camping trips. Day trips to the beach, the museums and the zoo. The birthdays and all the holidays, especially Christmas and the 4th of July. That was one of your favorites with the BBQ's and big fireworks shows we put on in our yard..
The pride your mom and I shared, at having such a wonderful, intelligent, and funny young lad.
But most of all, I will always remember, miss and love you my son.
You are now in a place with unlimited beauty and endless travel. 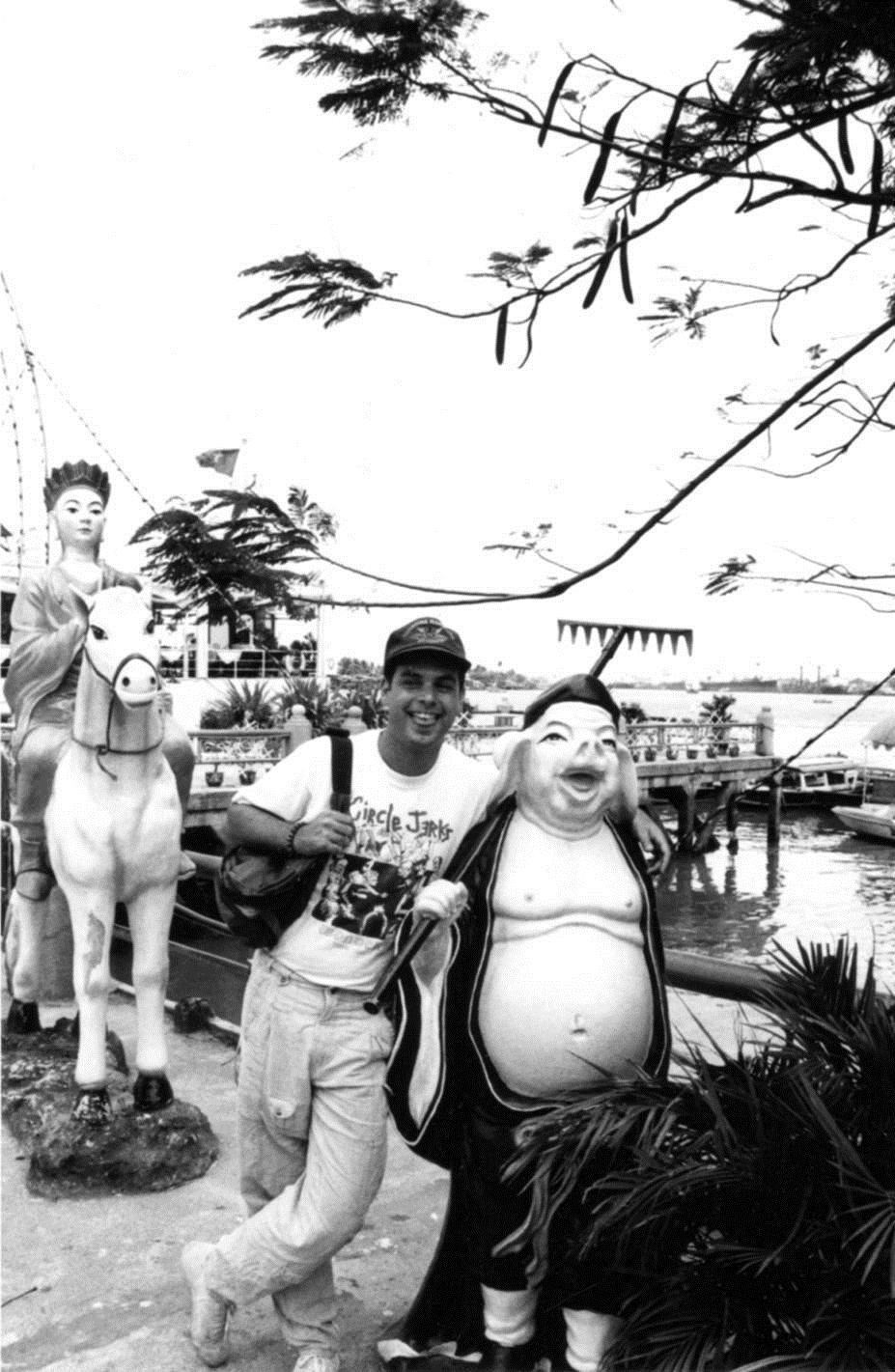 I met Steve on the USS Omaha 1985. During his naval career he never splurged form more than one pair of jeans, a handful of T shirts and a single pair of Docksiders at a time. He was saving his money to finance his Asian odyssey. He alway knew what he wanted and lived his life on his terms. I admire him for that.
Rich Markow
July 28, 2015
Dear Steve,
I remember the first time I emailed you, I had just lost a friend who also loved the Far East. You offered to light some incense at the Monastery, and over the years we emailed back and forth..you had such integrity, humility and grace-and had many quirky interests that mirrored my own fascinations for the odd, and obscure.
When I learned you were ill, and what you had decided, I felt like saying ''please go for further treatment'' but it was your decision, and you were the master of your own destiny- and you dealt with it in your own honest way. Bravely. Lots of love, Cathy xx [U.K]
June 5, 2015 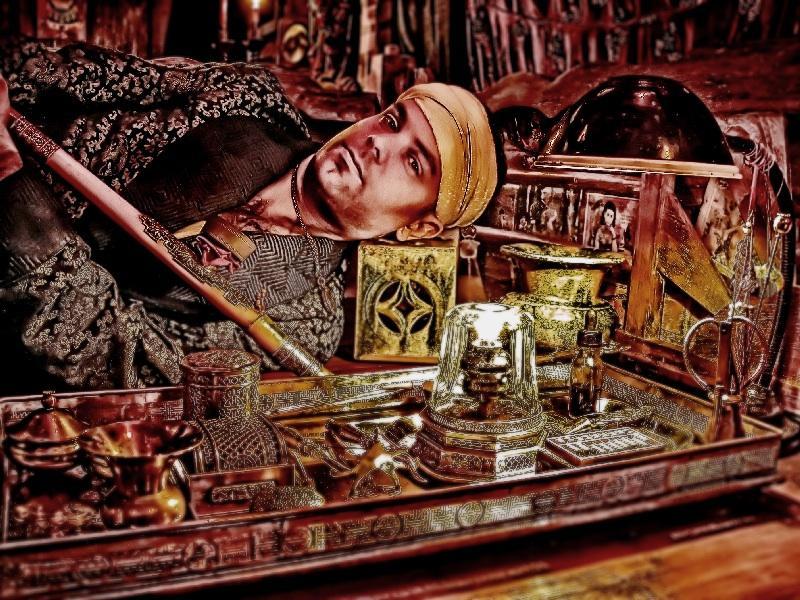 My real friend and collector Steve.... I miss you mf. I miss your everything d00d.
Gordon Janssen
May 25, 2015
A proud and thankful dad thanks you for your silent service for our country, on this Memorial Day. You are missed by all.
James Martin
May 25, 2015
Rest in peace Steve. You will be missed.
Pepper Teehankee
May 24, 2015
Pepper Teehankee
May 24, 2015
It's been a while now since you left us for a better place. You are missed by many, but your memories in our hearts of you will remain there forever. Keep writing, keep traveling, keep.....Keep smiling!
m m
March 18, 2015
The perfumed poppies
Have all nodded their finial goodnight
And the last pill has been smoked
Sweet dreams my friend
Jason Burk
March 14, 2015
Steve, I will never forget you- a person of honesty and integrity, and of deep feeling and empathy. You will be sorely missed ..love, Cathy UK
Catherine Mackenzie
March 11, 2015
I miss you man. Every day. You were like a cool big brother that moved in-the house just isn't the same without you, it's empty. I miss taking selfies with you, and also teaching you what a selfie was. I miss how I'd mess up my baking "expiments" but I'd turn around and you'd be eating them saying how delicious they are. I miss your laugh, because it would echo in the whole entire house, and now it's quiet. I miss how you had funny green toothpaste that looked like "gremlin poop". Who could forget that one time you learned that lint rollers existed and lint rolled the entire living room top to bottom. ::sigh:: miss you man.
C U
March 10, 2015 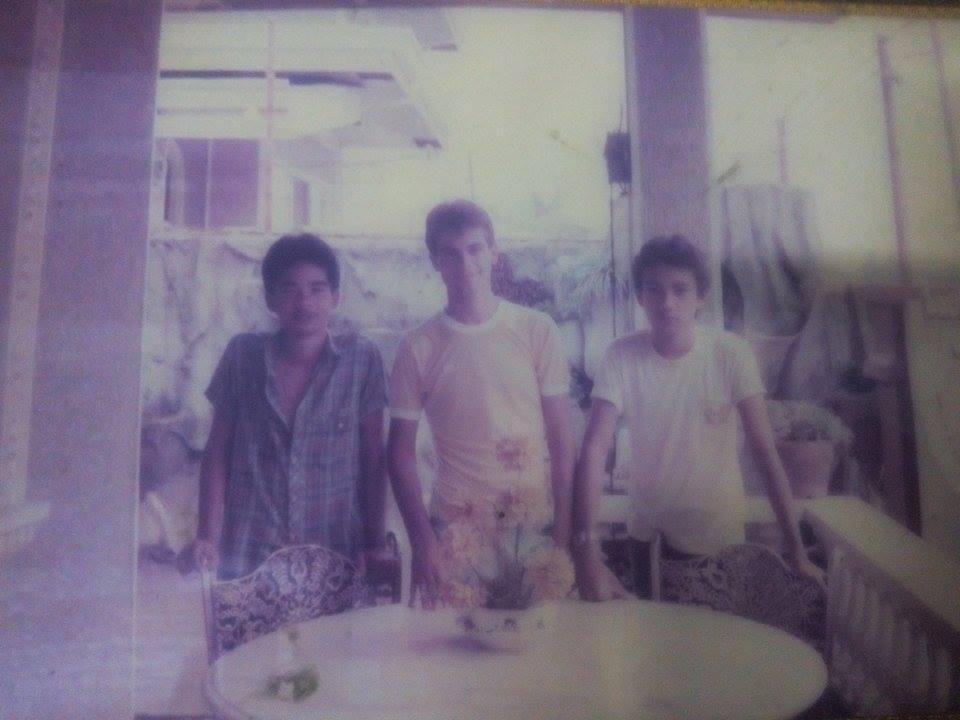 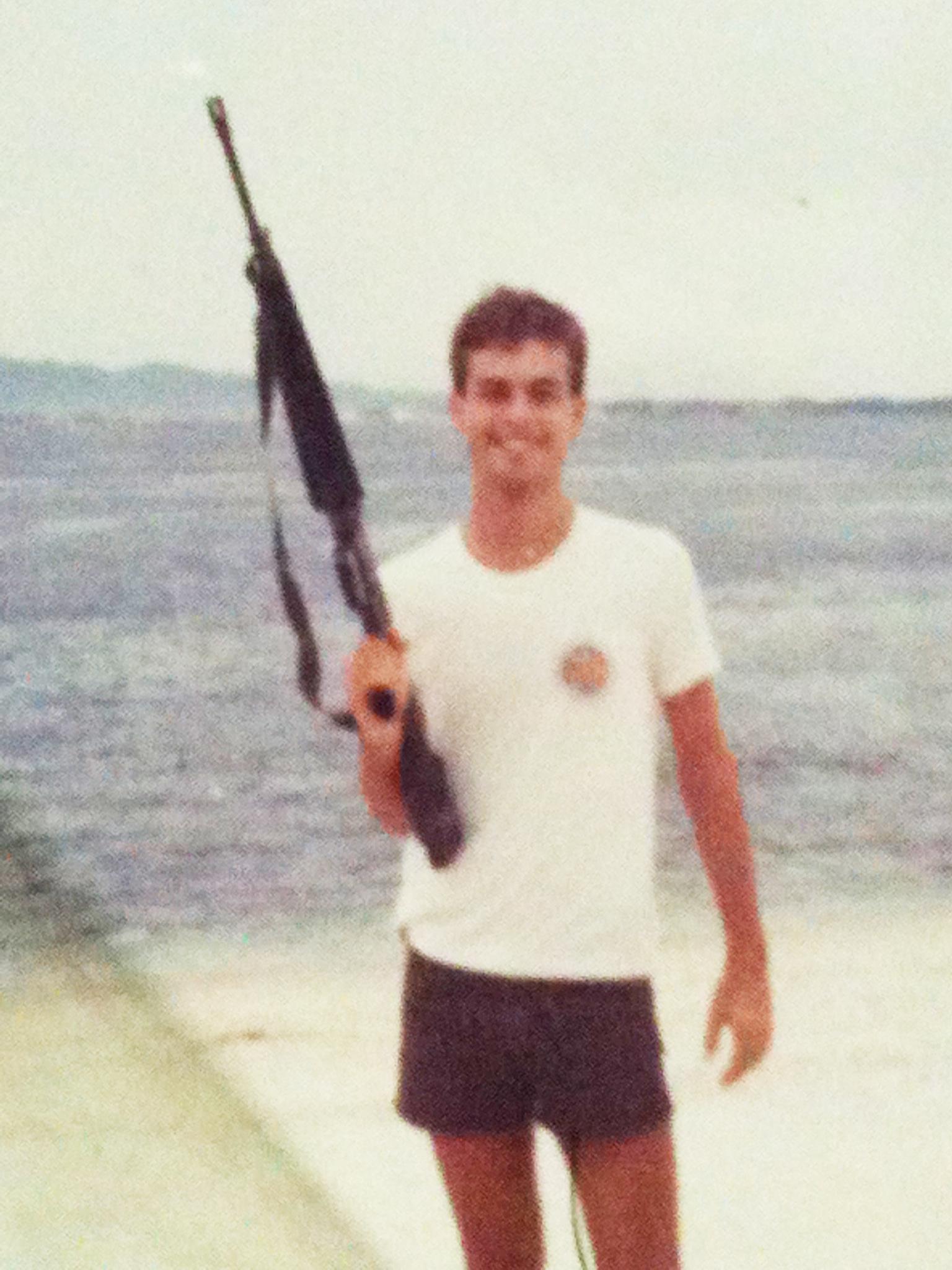 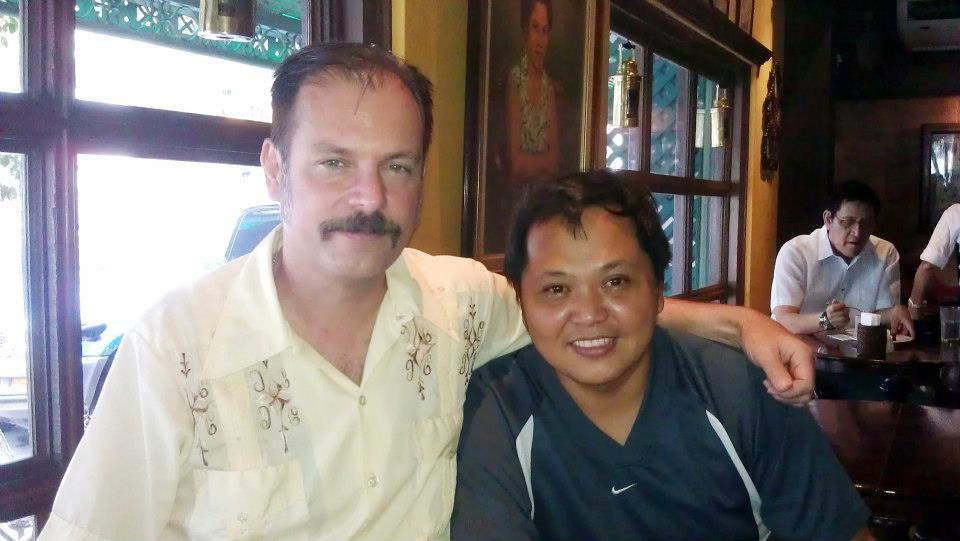 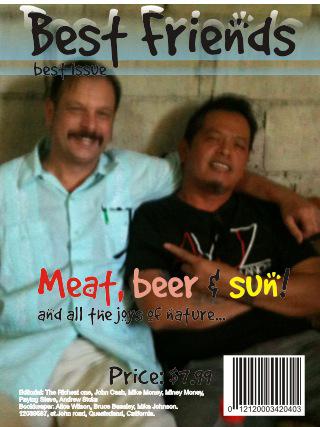 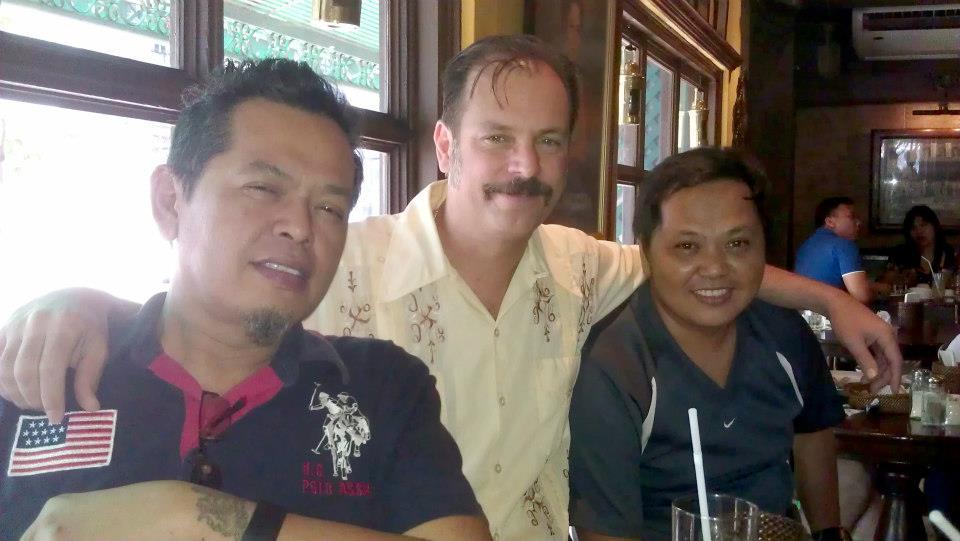 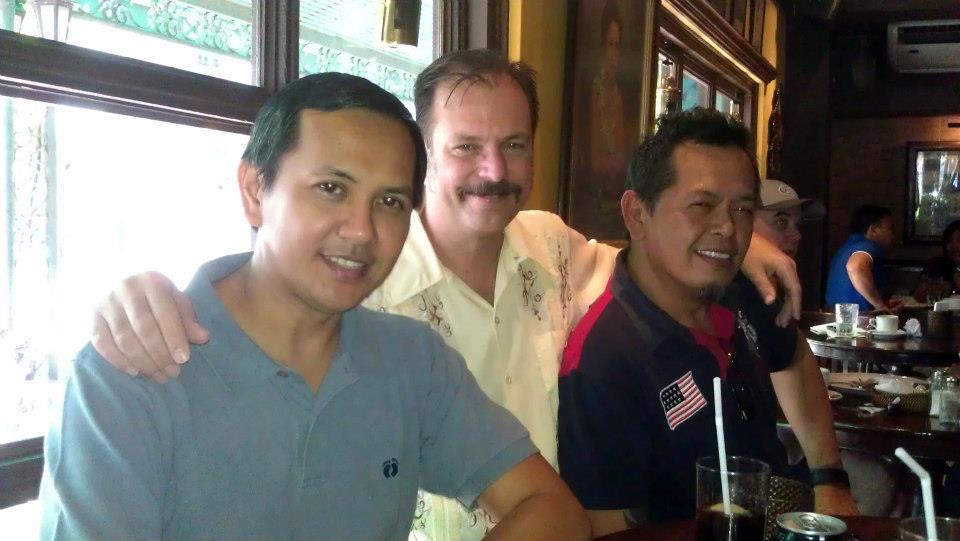 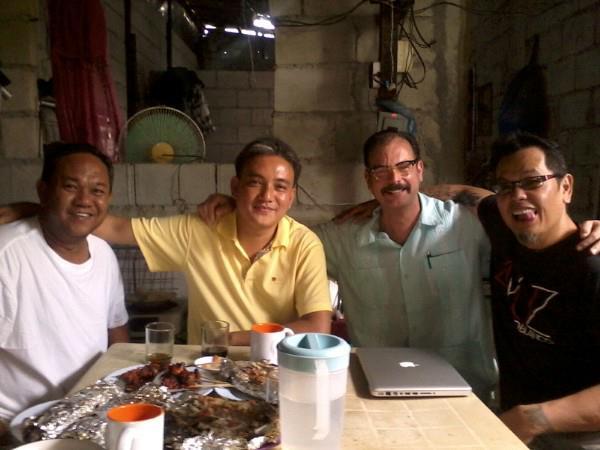 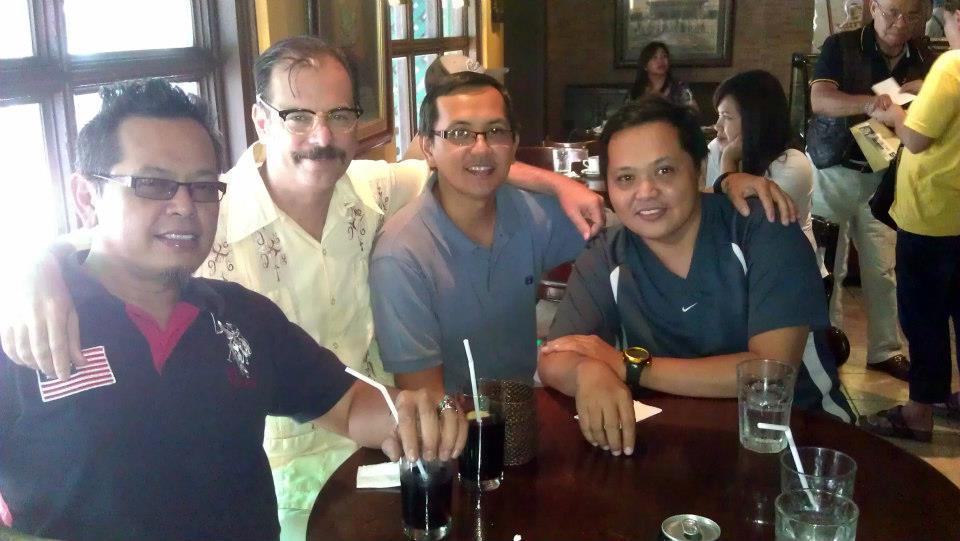 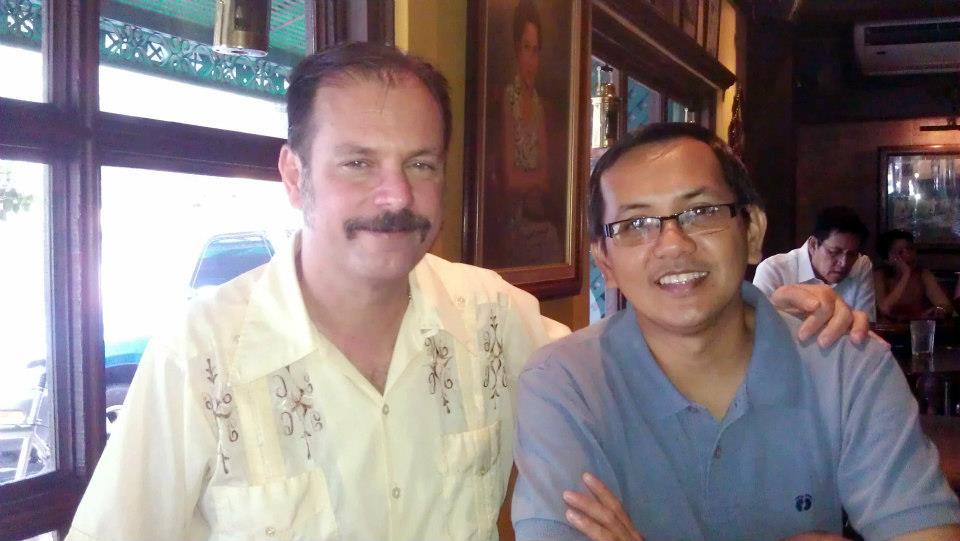 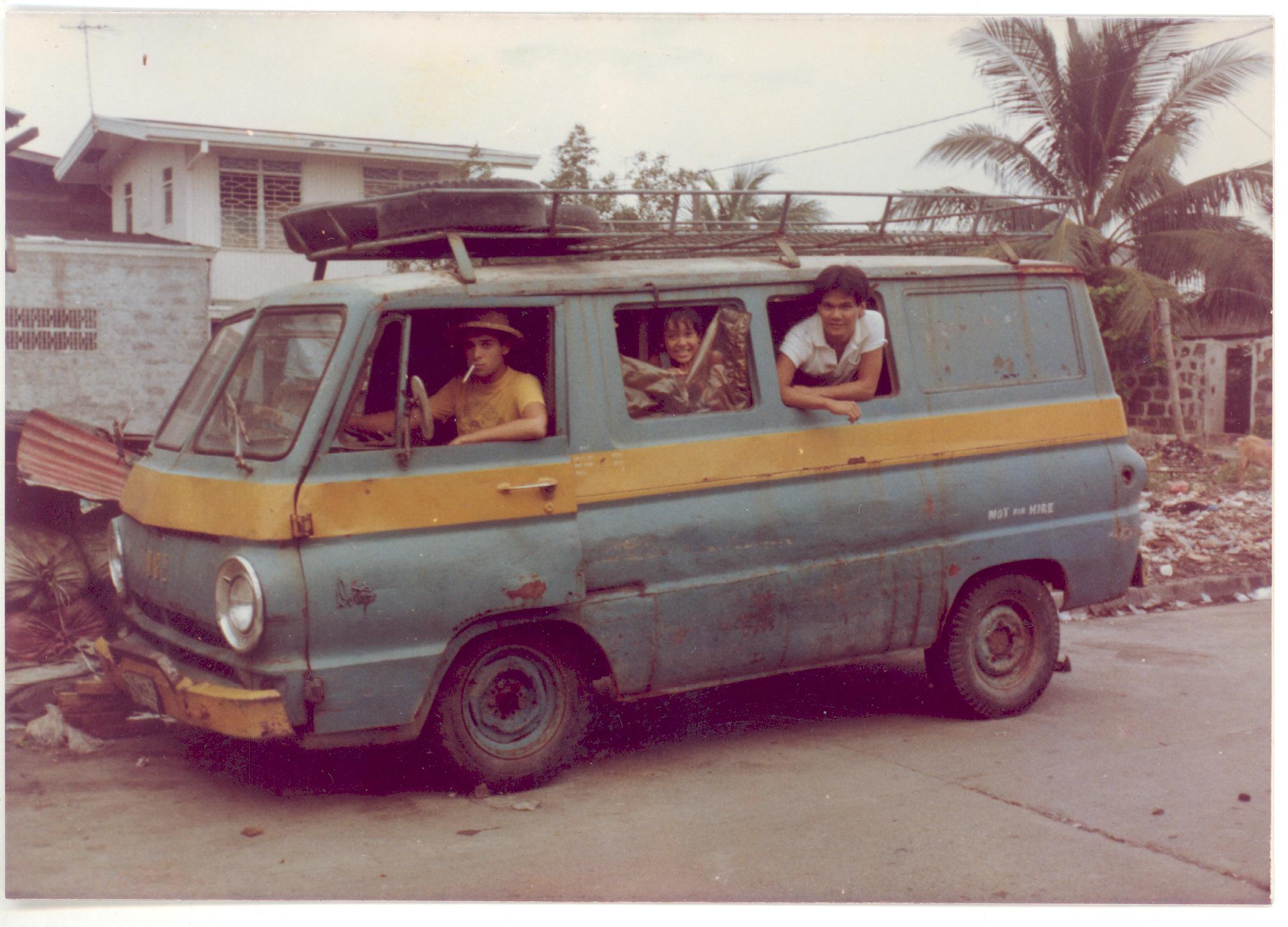 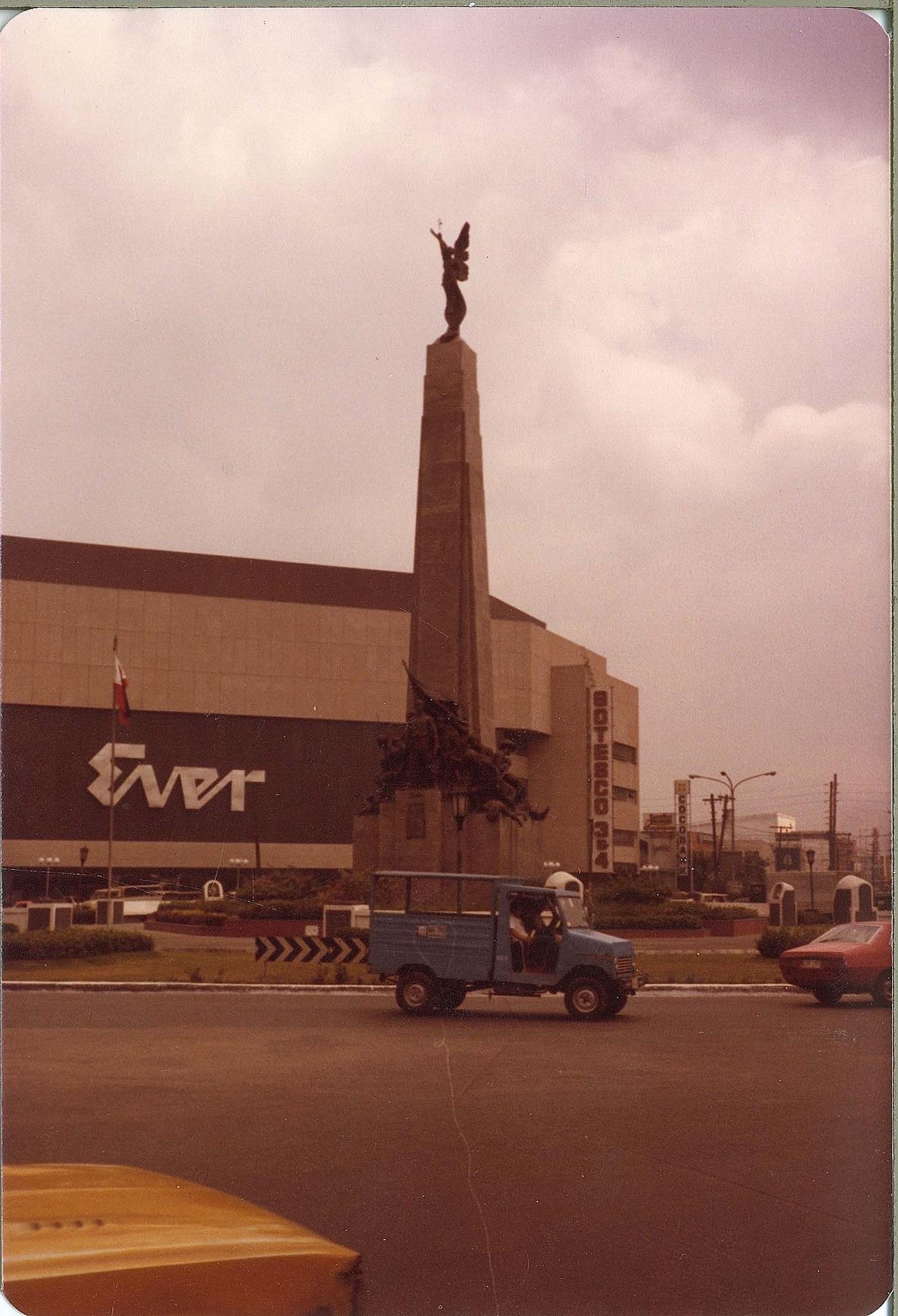 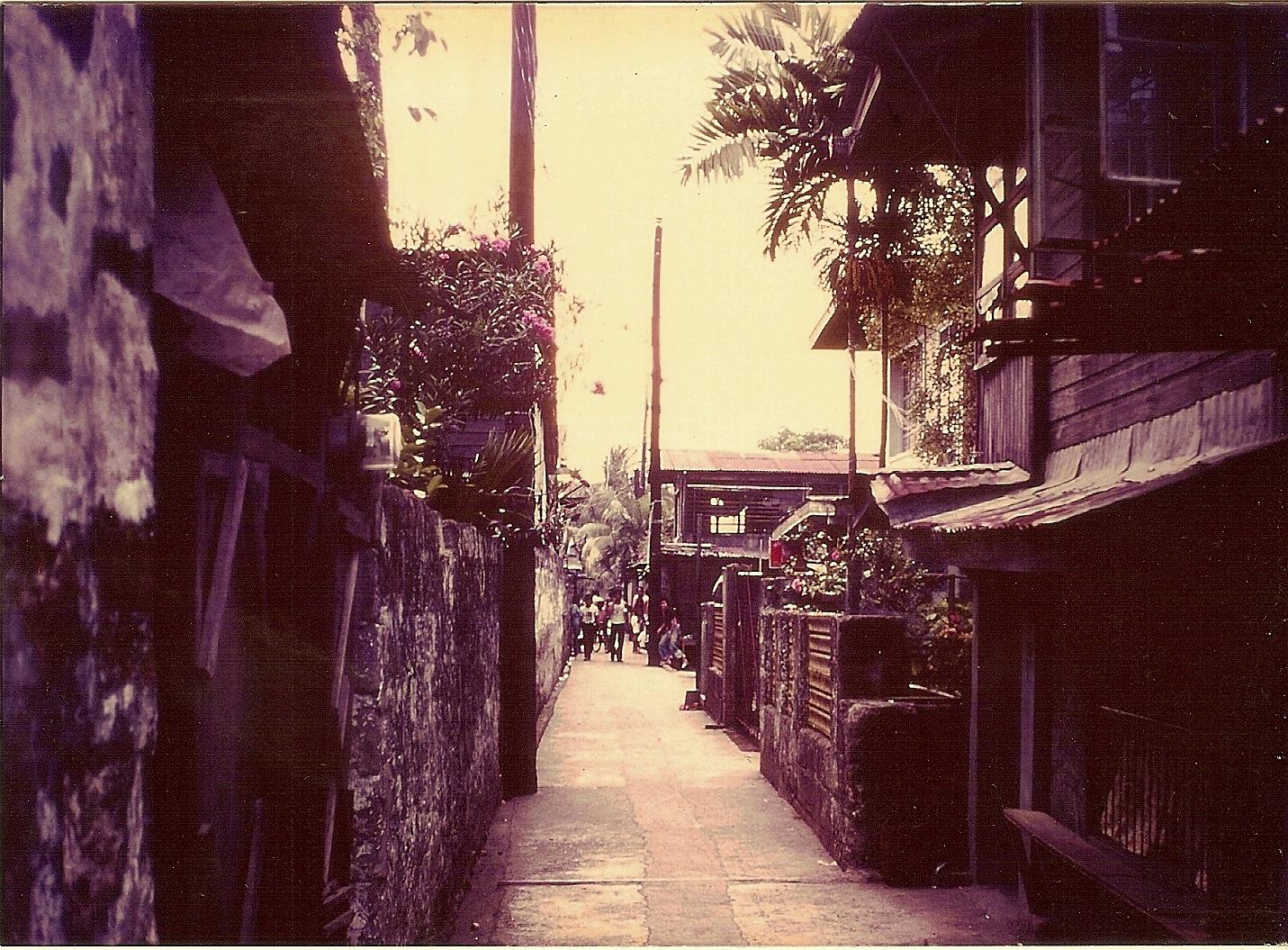 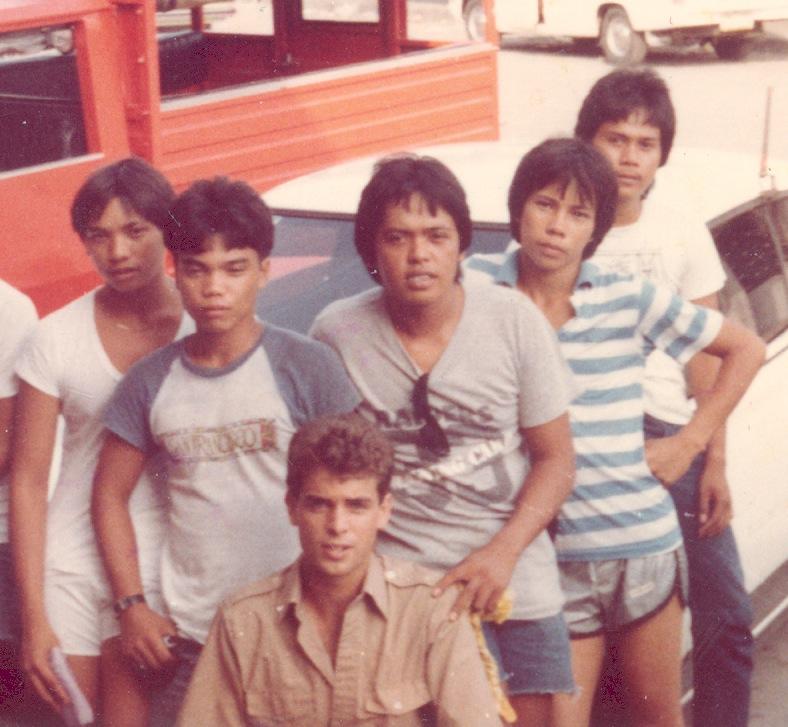 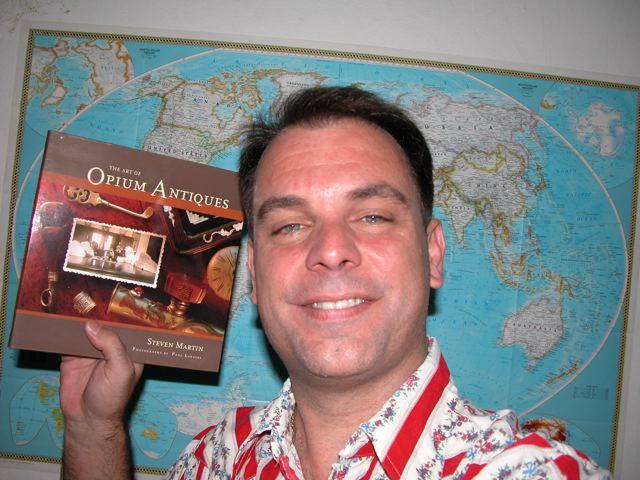 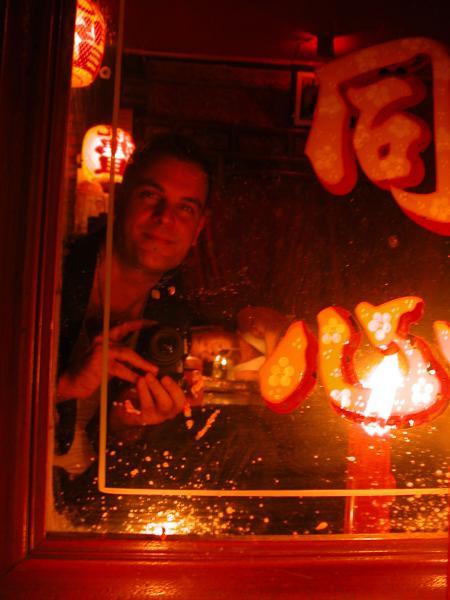 Going to miss you brother... I was certain the cancer was gone after the trip to LA. We shared great times with or collecting. ISorry, I never got to tell you what I thought about your last book. RIP man.
Gordon Janssen
March 10, 2015
Steve, I will treasure the book you signed for me and I will take strength from your sense of adventure and your sophisticated taste in the long last art of opium. Thanks for inspiring me and so many others. See you on the other side some time. Al
Alvaro de Ferranti
March 10, 2015
On behalf of the United States Submarine Veterans (On USSVI), we offer our sincere condolences to all of the Martinfamily and friends in your loss and sorrow. May God whisper peace into your hearts and comfort and heal them. We are grateful for Steve's service to our country in the U.S. Submarine Service. To our Brother of the Dolphin "Sailor, rest your oar. We have the watch. May you rest in peace and may God bless your loved ones who remain. Thank you for your service to our country." -- Chaplain Bob Reinisch, National Chaplain United States Submarine Veterans, USSVI.
Bob Reinisch
March 6, 2015
To my "one of a kind" brother for whom I always loved and looked up to. I will miss you bro...
Brian Martin
March 6, 2015
For you.
m. m.
March 5, 2015
Steve you were a unique soul and lived your life your way. You will be missed greatly by those who loved you. Fly to new frontiers till we meet again...
M. Medina
March 5, 2015
To Steve's father Jim and family please except my heartfelt sympathies. No one should have to suffer the loss of a child and my prayers are that time and happy memories will lessen the pain.
Sharon Fisher
March 5, 2015
My saddest thoughts to all of our family. We loved
Steve and always cared about him. Aunt Sharon
Sharon Martin Abbottt
March 5, 2015
I'm Steve's dad and I'm desperately trying to get more information about my son's death. Unfortunately his mother an I had not been in contact with Steve for a number of years.
Please any information will help us heal.
Thank you,
James Martin,
[email protected]
[email protected]
James Martin
March 5, 2015
To my long lost son.
I hope you always knew how much I have loved you and how much I have missed you. All of the memories and times spent with you are locked in my heart forever.
My heart is broken.
Jim Martin
March 4, 2015
To the Martin Family,

On behalf of the Charleston Base SUBVETS and Swamp Fox Chapter SUBVETS WWII, I offer you our sincere condolences on Steven's passing. We grieve with you on the loss of your loved one and all SUBVETS and their families have your family in our thoughts and prayers. There is no expiration date on the back of our dolphins and Steven will always be remembered as a Brother of the Phin and a great Patriot.