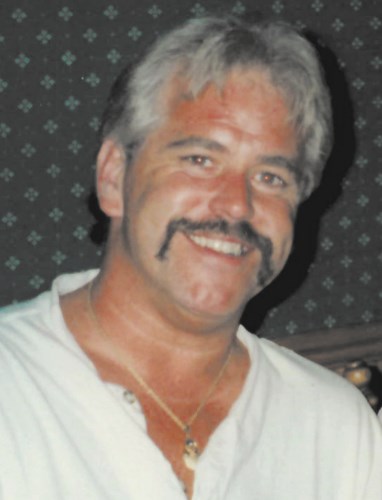 BORN
1957
DIED
2017
FUNERAL HOME
Featheringill Mortuary
6322 El Cajon Blvd.
San Diego, CA
Steven Charles Porter October 29, 1957 - October 4, 2017 CASA DE ORO Steve was born in Grossmont Hospital on October 29, 1957 to Velma and Severin "Glenn" Porter and passed away this month on October 4th. During his childhood he developed a close relationship with his dad and was also closed to his mother and was always finding ways to help her throughout his life.Steve graduated from Grossmont High School in la Mesa, CA. and went to work for U Haul at age 17. Most of those years he managed a U Haul franchise both in San Diego and in Escondido. For 27 years he managed a Rhino Lining business. He was very well liked by his employees, and the customers who always knew he could be counted on for good service. Steve joined his father and brother to become a member of San Diego Elks Lodge #168. He felt his life was complete when he married Cheryl Quinn at Lake Tahoe on July 4, 1997. One of the things they enjoyed most was traveling together both in the U.S. and abroad.He had many friends and several of them were there to support him during the last year of his life as he dealt with his advancing cancer.Steve's parents and brother, Glenn Richard, predeceased him. He is survived by his loving wife, Cheryl Quinn, his daughter, Kelly Kae Porter, his nephew, Jason and wife Autumn Porter, his grand-nephews, Bryce, Aden and Liam Porter, and Autumn's children, Anson and Ayla Barber and his aunt Della Cole. Steve will be inurned at Holy Cross Cemetery Mausoleum is San Diego.In lieu of flowers donations may be made in Steven Porter's memory to Father Joe's Villages, 3350 E St. San Diego, CA 92102.
Published by San Diego Union-Tribune on Oct. 22, 2017.
To plant trees in memory, please visit our Sympathy Store.
MEMORIAL EVENTS
To offer your sympathy during this difficult time, you can now have memorial trees planted in a National Forest in memory of your loved one.
Funeral services provided by:
Featheringill Mortuary
MAKE A DONATION
MEMORIES & CONDOLENCES
Sponsored by Featheringill Mortuary.
5 Entries
Please accept my heartfelt condolences on the death of your dear love one may God give you strength to endure this most difficult time please read John5:28
October 17, 2018
I remember the times we shared and enjoyed them all. RIP my friend.
October 24, 2017
We are so very sorry to hear of Steve's passing. We very much enjoyed each visit with Steve and Cheryl. Their love and devotion to each other was always evident to us. Will keep Cheryl and family in our thoughts and prayers.

Nancy and Diannne, Lifetime Health.
Nancy and Dianne
October 23, 2017
My deepest sympathy to the Porter family. Cherish his memories. I hope you find comfort in the promise at John 6:40. May the God of all comfort sustain you in your difficult time.
P
October 23, 2017
Steve you were a joy to know and will be missed greatly! We will never forget you! Love Janet, Olivia, Kate and Jack
Janet Quinn
Family
October 17, 2017
Showing 1 - 5 of 5 results