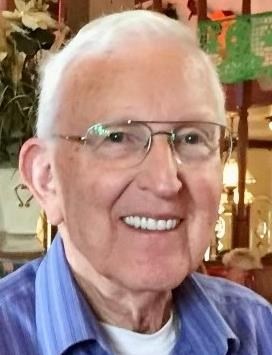 BORN
1932
DIED
2021
FUNERAL HOME
Eternal Hills Memorial Park
1999 El Camino Real
Oceanside, CA
Stewart Ernest Taylor
April 23, 1932 - November 2, 2021
Chula Vista, CA
Stewart Ernest Taylor passed away peacefully on November 2, 2021 at his home in Chula Vista, where he lived since 1968. He was 89 years old. He is survived by his three children, Barbara, Martin and Michael, four grandchildren, and his very close friend, Arlene. Born in La Jolla, April 23, 1932 to Ernest and Helen Taylor, he spent his childhood in Oceanside, CA. He graduated from Oceanside High in 1949. Stewart entered the U.S. Air Force in 1952. Not yet 21 (required age at the time), he had to obtain his mother's permission to enter the military. He bitter-sweetly recalled that she was a little too eager to grant him permission. He was a radio operator and served in S. Korea. After the Air Force, Stewart attended and graduated from USD in 1959 with a degree in Business. 1959 was a busy year: New job and marriage. Almost immediately upon graduation he drove up to San Francisco to apply for a job directly at the main headquarters of Bank of America. Fortunately, the unorthodox approach paid off: He worked for Bank of America, as a branch manager at various locations throughout San Diego, for 29 years. That same year, he also got married to Carolyn Muir. He met Carolyn through his sister Barbara, who was her roommate. They were married 47 years until Carolyn's death. Stewart made friends easily and many became lifelong friends. He especially enjoyed decades of service and camaraderie with his friends in the Kiwanis Club of Bonita and attended Corpus Cristy Church, literally, religiously as long as he could. His friends and loved ones will tell you of his wonderful sense of humor and that he was a kind and caring man who thought nothing of helping someone in need. Memorial services will be held at Eternal Hills Memorial Park in Oceanside November 16, 2021 at 10am.
Published by San Diego Union-Tribune from Nov. 7 to Nov. 10, 2021.
To plant trees in memory, please visit the Sympathy Store.
MEMORIAL EVENTS
Nov
16
Memorial service
10:00a.m.
Eternal Hills Memorial Park
Oceanside, CA
Funeral services provided by:
Eternal Hills Memorial Park
MAKE A DONATION
MEMORIES & CONDOLENCES
Sponsored by Eternal Hills Memorial Park.
1 Entry
The Oceanside High School Class of 1963 wish to express our condolences to Stewart's family over his passing. He was a cherished member of our unique Fraternity, "Once a Pirate Always a Pirate"
Robin Prestwood
November 8, 2021
Showing 1 - 1 of 1 results