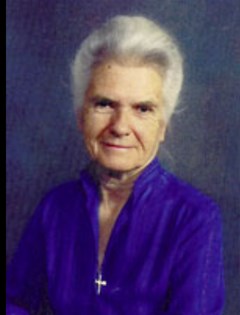 BORN
1921
DIED
2016
Viola M. Frymann 2016 San Diego Viola M. Frymann, D.O., F.A.A.O., Internationally Recognized and Pioneering Osteopathic Physician, Dies at 94 in San Diego, CaliforniaViola M. Frymann D.O., F.A.A.O., born in 1921 in Nottingham, England. She grew up being treated by osteopaths who provided the inspiration to become an osteopath. In the midst of World War II she was not able to obtain osteopathic training, and was advised to pursue conventional medical training, which she did at the University of London obtaining the M.B.B.S., the Royal Colleges, M.R.C.S., L.R.C.P. She did her post-graduate medical training at the London Homeopathic Hospital. During this time she survived the buzz bombs over London and at the end of the war remembers walking the 12 miles to see the Royal family celebrating the end of the war at Buckingham Palace. Viola Frymann immigrated to the USA after the war to pursue osteopathic medical training and was admitted to the College of Osteopathic Physicians and Surgeons in Los Angeles, CA. She graduated in just two years because of her British medical training. Dr. Frymann then started her osteopathic medical practice in La Jolla, California in the early 1950's. After marrying Nicholas Theodore Dr. Frymann had an experience that she remembered as "life changing". Her first born child, Paul, died shortly after birth of medical complications. Only a few months after this tragic event, she took a course offered by William Garner Sutherland, DO on osteopathy in the cranial field. This course described how the Vagus nerve could be impinged by a difficult labor and delivery similar to hers. This nerve impingement interfered with coordination of gastrointestinal tract function, leading to her son's complications. She described how if only she had known of this type of cranial manipulation, she might have been able to save her child. This experience led Dr. Frymann to work closely with Dr. Sutherland and she developed into a skilled practitioner and teacher of cranial concept and practice. To the very end of her life Dr. Frymann was a champion of the cranial concept and helped, through her teaching, to establish and strengthen osteopathic training programs throughout world. She also participated in the first efforts of the Sutherland Cranial Teaching Foundation and the Osteopathic Cranial Academy to teach osteopathy in the cranial field outside the USA in 1965. Dr. Frymann taught regular courses in France, Italy and Canada and also taught in Switzerland, Belgium, England, China, Japan, Latvia, Russia, Germany, Australia and Denmark. In 1961 an attempt was made, aided by some influential osteopathic physicians, through a ballot initiative in the State of California to eliminate the osteopathic profession by allowing all the DOs in the State to become MDs. The ballot initiative passed and 2300 of the then 2500 DOs in the State became MDs. This initiative did not spread beyond California because no other State would recognize the MD degree conferred on former DOs. Dr. Frymann was one of the DO leaders who led the effort to restore the osteopathic medical profession to California. This effort culminated in a California State Supreme Court decision to overturn the 1961 vote and reestablish the Osteopathic Medical Board of California in 1974. As part of this initiative Dr. Frymann helped to establish the College of Osteopathic Medicine of the Pacific, and was the founding Chair of the Department of Osteopathic Manipulative Medicine. For decades she conducted an osteopathic family practice in La Jolla, California with special emphasis on the problems of children. In 1982 Dr. Frymann founded the Osteopathic Center for Children (OCC). Osteopathy's Promise to Children (OPC), a not-for-profit foundation to assure that osteopathic medical education, clinical training and research would be undertaken, and to provide a home for the Osteopathic Center for Children, was established by Dr. Frymann in 1992. She would tell people that she hoped the OCC would be a model for optimizing the health in body, mind and spirit of all children through osteopathic care. Her OCC, the internationally recognized and iconic osteopathic pediatric clinic, is still open and thriving to this day in San Diego, California. Dr. Frymann authored numerous journal articles. The American Academy of Osteopathy (AAO) published her collected works in a book in 1998. Most noteworthy were her seminal research on evaluation and treatment of newborns, treatment of special needs children, and the nature of cranial bone motion. Among her many awards are the Andrew Taylor Still Medallion of Honor, the highest honor of the American Academy of Osteopathy; the William G. Sutherland Award of the Cranial Academy; International recognition includes the L'Universite Europenne D'Osteopathie, Paris, France has named her "Docteur Honoris Causa;" the Faculty of the College D'Etudes Osteopathiques, Montreal, Canada has honored her as their first "Professeure Emerite" as did the Centre d'Osteopathie Atman. "Dr. Frymann touched the lives of thousands of children and their families in her osteopathic clinical practice. In addition, her teaching and training of students, osteopaths, and physicians extended her influence to countless thousands more in the osteopathic profession. She was often referred to as a "living legend" and will remain a legend in the history of osteopathy," says Dr. Hollis King, D.O., PhD, one of her many associates who worked with her at the OCC. Dr. Frymann died January 23, 2016. She is survived by her daughter, Irene Theodore, La Jolla, California. Memorial Service and Reception, Saturday, 2/27/2016 11:00 AM - St. James by-the-Sea Episcopal Church, 743 Prospect Street, La Jolla, CA 92037. In lieu of flowers, Dr. Frymann's family has requested donations be given to Osteopathy's Promise to Children for the benefit of the Osteopathic Center for Children. www.the-promise.org.
Published by San Diego Union-Tribune on Feb. 26, 2016.
To plant trees in memory, please visit the Sympathy Store.
MEMORIAL EVENTS
Feb
27
Memorial service
11:00a.m.
St. James by-the-Sea Episcopal Church
743 Prospect Street, La Jolla, CA
MAKE A DONATION
MEMORIES & CONDOLENCES
1 Entry
i cannot fully express all the help Dr Frymann gave our family, our children. Her spirit, her generosity, her faith covered us in wisdom and health. Now she is rejoicing with the saints.
Mike Atkinson
September 27, 2016
Showing 1 - 1 of 1 results