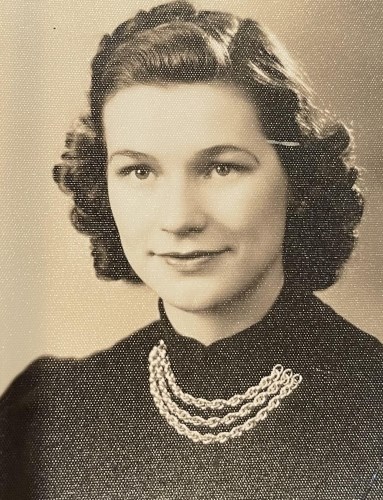 Vola M. Tietge
June 15, 1917 - November 6, 2021
Carlsbad
Vola Madge Tietge (Ream) was born to Madge and Ernest Ream on a hot evening in Seneca, SD on June 15th, 1917. She was the second of five children, Vivian, Verna, Doyle, and Velma. Vola was fiercely loyal and protective of those she loved. In her memoirs, her mother described a time when a neighborhood bully picked on her brother and, "Vola streaked out with fire in her eyes and cleaned-up on Tommy. [She] sent him home screaming and he never bothered any Ream kids after that."Her mother, a school and piano teacher, also described Vola as a brilliant scholar who was often bored by school because she already "knew all that stuff." Vola graduated with honors from grade school and went on to attend Huron College where she studied English and was named Valedictorian. Vola met her future husband, Frank Tietge, during this time at a CCC dance. She left knowing only that his last name started with "T" and that he was a good dancer. They met up again in college and were married just months after Vola graduated on August 10th, 1940, dancing the night away to "In the Mood" by Glen Miller.In the early years of her marriage, Vola went back to her roots and worked as a teacher at the same school she had attended as a girl. Vola and Frank dearly wanted to start a family but doctors told her it wasn't possible. In 1948, when she was finally pregnant, she argued for nine months with the doctor who told Vola the pregnancy was all in her head. On March 21, 1949 she proved him wrong and gave birth to her son, Ted. She laughed about that story until she was 102.Vola and her family moved to Hawthorne, CA in 1954. During this time, she had many wonderful neighborhood friends and became a crackpot bridge player. She played cards with the same group every week and would make the ladies her famous chocolate cake roll and strawberry pieboth of which Ted was not to touch, much to his chagrin. When Ted settled down in San Diego, Vola and Frank followed where they continued to lead a very active life. When Ted bought his company in 1985, Vola helped with bookkeeping and "worked on the line" on Friday's, hand stuffing inserts into 13,000 business journals to get them out the same day. She also attended many PCA races with her family, recording lap times for Ted and keeping her grandkids fed in snacks and homemade oatmeal raisin cookies. Vola and Frank square danced all over the county and volunteered regularly at the Tri-City Medical Center until his death in 2000. She also worked on countless quilting projects, read a book a week and was able to complete every day of the New York Times crossword puzzle.Vola was a loving grandmother who took her three grandkids to numerous tennis, choir and band practices. She hosted a yearly Gingerbread house decorating party, making each house by hand and providing bowl upon bowl of candy. She was a breakfast food aficionado and spent many Sundays out to breakfast with Ted, her grandkids, and her great grandkids. Vola had a special song that she used to put Ted, and later, her grandkids to sleep which included a head rub and the tickling of the nose. Vola passed away peacefully in her sleep on Saturday, November 6th in Carlsbad, CA at the age of 104. She is survived by her son, Ted and daughter-in-law, Debbie; her three grandkids and their partners, Tracy (Tietge) Schreiner and Chris Schreiner, Gretchen Tietge and Tobias Lescht, and Bryan Tietge and Nicole Long as well as her step grandchild, Delia Young. She also has four great-grand kids, Matthew Young, Zoe Schreiner, Sydney Schreiner and Oval Schreiner (coming soon). We would also be remiss to not mention her dear friend, Jana Zrake, who brought Vola so much joy in the end of her life. We will miss Vola's sweet soul dearly.
Published by San Diego Union-Tribune on Nov. 14, 2021.
To plant trees in memory, please visit the Sympathy Store.
MEMORIAL EVENTS
To offer your sympathy during this difficult time, you can now have memorial trees planted in a National Forest in memory of your loved one.
MAKE A DONATION
MEMORIES & CONDOLENCES
1 Entry 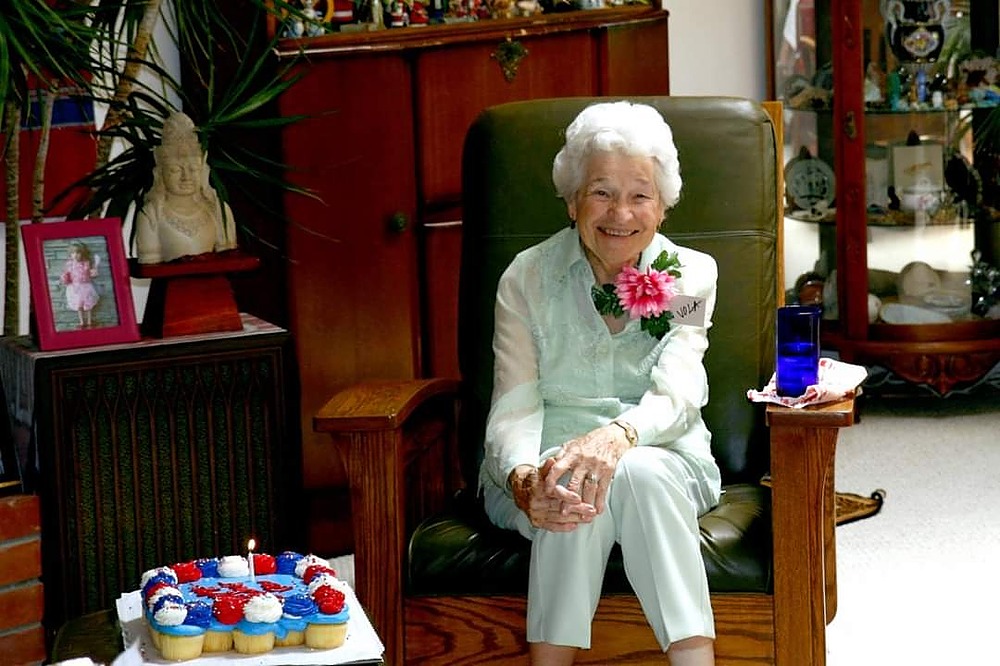 We were neighbors and fellow members of Holy Cross, Carlsbad, Episcopal Church. Vola, and Frank, were lovely caring people. We miss them both.
Linda Collier
November 15, 2021
Showing 1 - 1 of 1 results