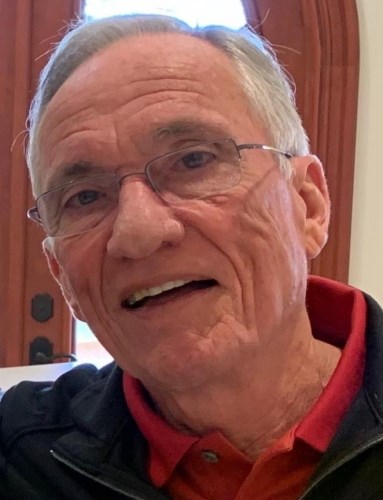 BORN
1941
DIED
2020
Wayne A. Cox
August 8, 1941 - April 4, 2020
Saratoga, CA
Wayne passed away at the age of 78, having lived a good life as a loving husband and father of three girls. Wayne was born in San Jose, California, the son of Frank and Myrtle (Gardner) Cox, and was the youngest of five children. He spent his younger years working on the Cox family prune orchard in Saratoga with his brothers and sisters, before attending San Jose State University, graduating with a BS in Business and Industrial Management. Wayne attained the rank of Staff Sergeant (SSG) while serving in the United States Army during the Vietnam War, from 1968 -1970, during which time he received the Bronze Star Medal for meritorious achievement. After service to his country, Wayne became a successful entrepreneur, owning and managing several of his own companies. He settled his family in Del Mar in 1978 and later became active in his community, joining the Mira Mesa Community Planning Group Advisory Committee, the Torrey Pines Town Council, and as a board member on the Sorrento Valley Town Council. Wayne married Josephine Runci on September 16, 1967, in Sepulveda, California, and they enjoyed celebrating their 50th wedding anniversary, renewing their vows at his favorite site at Torrey Pines State Park. Wayne's greatest love in life was his family and he will be remembered for his humble, hard working, and enigmatic personality. Wayne is survived by his wife, three daughters, son-in-law, six grandchildren, two sisters and extended family. Wayne now resides at Madronia Cemetery in Saratoga, California.
Published by San Diego Union-Tribune on Sep. 19, 2021.
To plant trees in memory, please visit the Sympathy Store.
MEMORIAL EVENTS
To offer your sympathy during this difficult time, you can now have memorial trees planted in a National Forest in memory of your loved one.
MAKE A DONATION
MEMORIES & CONDOLENCES
0 Entries
Be the first to post a memory or condolences.