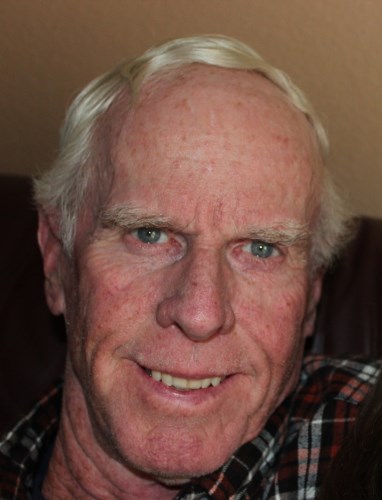 BORN
1945
DIED
2016
William Edward Henricks June 12, 1945 - January 24, 2016 Divide, CO Bill passed away in our home in Divide on January 24, 2016. Bill was born in Oklahoma City, OK to Charles and Aletha Henricks. Bill's family moved to San Diego, California when he was 14 years old. He attended San Dieguito High School and graduated with a business degree from San Diego State College. He worked in the construction business his entire life. He started in his dad's cabinet shop and worked his way up into project manager for custom homes.He married Constance "Connie" Doughty in 1973. We had a fun and exciting time in our 42+ years together. We moved to Colorado in 2002 and we have loved every minute. Bill enjoyed sports of all types, camping, jeeping, metal detecting, hunting and fishing. He was currently working on restoring a 1960 Austin Healey Bug Eye Sprite. He was a member of the Cripple Creek #96 Masonic Lodge. Bill was preceded in death by his brother, Chuck, and his parents. He is survived by his wife, Connie, and her family. He said he did not want to lose his sense of humor and he didn't. A memorial service will be held on Saturday, February 13, 2016, at 3:00pm at the Masonic Lodge, 75 Buffalo Court in Divide. In lieu of flowers, please make a donation to the American Heart Association.
Published by San Diego Union-Tribune on Jan. 31, 2016.
To plant trees in memory, please visit the Sympathy Store.
MEMORIAL EVENTS
Feb
13
Memorial service
3:00p.m.
Masonic Lodge
75 Buffalo Court, Divide, CA
MAKE A DONATION
Please consider a donation as requested by the family.
MEMORIES & CONDOLENCES
4 Entries
In the early 1960's, our families were united when our father's created "Blalock and Henrick's Cabinet Shop" in Solana Beach, California. Our "Okie" families were successful in creating fond memories, lasting friendships and a successful business. We shared both the laughter and tears that life can offer. Our prayers are with Connie -- knowing that she may find comfort and support in the memories she shared with a loving and devoted husband.

With all our love
Peter and Judy (Blalock) Hecker
Judy Hecker
February 3, 2016
In the early 1960's, our fathers united our families in the formation of Blalock and Henrick's Cabinet shop. Two "Okie" families who settled very nicely in California -- making fond memories of family, friendship and business. Our prayers to Connie who may find comfort in the memories she shared with a loving and devoted husband.

With love --
Peter and Judy (Blalock) Hecker
Judy Hecker
February 3, 2016
May your memories of the wonderful times you shared with your loved one comfort you and your family, today and always.
American Heart Association
January 31, 2016
Bill was a good, long time friend and over the years we had great times during Arizona Spring Training. We went to ballgames, hockey games, movies, golfing and had lots of laughs....plus great meals. God Bless Bill!
JAY HELMANTOLER
January 31, 2016
Showing 1 - 4 of 4 results