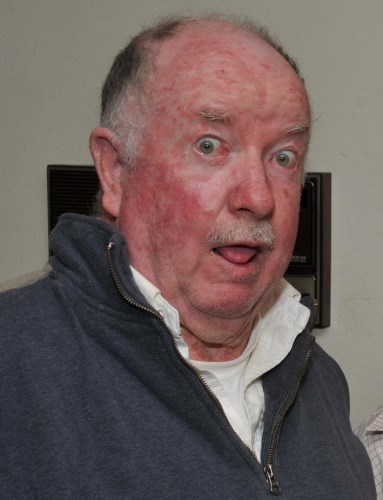 BORN
1932
DIED
2021
FUNERAL HOME
CORTEZ CREMATIONS AND FUNERAL SERVICES
2169 First Ave.
San Diego, CA
William Howard 'Bill' Houle
May 8, 1932 - January 14, 2021
SAN DIEGO
William "Bill" Howard Houle, 88, enjoyed an adventurous childhood in Bremerton, Washington, where his father William Herbert was a Chief Boatswain's Mate.
Stories of Bill's youth suggest a Twain-inspired boyhood filled with dayslong unsupervised outdoor activities, as though he were the Tom Sawyer of the Pacific Northwest. Digging for clams, rowing his dinghy around Puget Sound waterways, camping in the woods - all with barely a note left for his mother, Lula Mae (Mohler) - he seemed to have lived on his own schedule and made the most of long summer days and simpler times.

Bill focused on extra-curriculars during high school. He enjoyed cars and sports and served as the manager for his high school teams. At community college, his focus on non-scholastic pursuits ultimately earned him a tour of Korea with the US Army. Textbooks may not have been his jam, but Bill knew how to work the system.
Always the storyteller, he would gleefully tell you the ways he skirted Army rules to circumvent duties or extend leave in Tokyo.
His efforts to decrease time at the front often fell outside military regulations; he was promoted to corporal at least twice. Eventually, he finagled his way into a typing pool (he couldn't type) for his final months, where donuts were easier to acquire.

Bill arrived in San Diego when Highway 8 was a "2-lane road with a stoplight at Texas Street and cows on either side."
He attended SDSU on the GI Bill, majoring in political science and beer. While operating the elevator at Marston's, San Diego's most elegant department store, he met Laura (Ferlazzo), an opera singer working in stationery. They married on December 21, 1958, and marked their 62nd anniversary shortly before Bill passed. Laura introduced him to non-militarized travel and pasta, which became lifelong passions. Together they visited every continent but Antarctica. Bill worked at Rohr for 40 years. He was a fan of nice round numbers and work trips to England and France.

After retiring, he pivoted to travel and volunteering with the USS Midway Museum. Bill was an enthusiastic reader of military history, but most especially the Forgotten War. He visited the Korean War Memorial in Washington, DC, soon after it opened and was looking forward to his own Honor Flight.
Bill was always pragmatic and full of homespun aphorisms, like a less polished Will Rogers. He liked to find the shortest line between two points, which came in handy traveling, and to dispense advice such as, "You have to grab the bull by the tail and face the situation." (W.C. Fields) For him, life was about forward motion. "You can't live your life always looking in the rearview mirror." He was a lifetime Aztec fan, although often remorsefully, and was a football season ticket holder for more than 60 years. He was looking ahead to the new stadium.
Bill was a teller of tall tales, an entertaining extemporaneous speaker, and a joke teller. He loved attention and would purposely mispronounce words to get it. He was also not above a well-timed public pratfall. He consumed history books, pasta, and potato chips in equal measure. (He had caches of shoestring potatoes hidden in strategic locations.) Bill was also a grump, a procrastinator, and a grudge holder. Bah Humbug was his tacit motto. Bill liked maps. He had a list of places he still wanted to travel to. He enjoyed every aspect of travel, from the planning to the meandering. He was always happy to return home and just as eager to depart again.
Bill enjoyed playing bridge with his friends, mariachi bands, slapstick comedy, and saving money. He delighted in his family. He attended nearly all his kids' games. He was the favorite of most of our dogs. He excelled at making it look like he was doing things, even when he wasn't. He never embraced the Internet, although he did enjoy Russian insurance scam car crashes on YouTube. Most will remember Bill as funny, charming, and entertaining. He was always ready to tell you a story. If you were new to him, you hadn't yet heard his stories, which was a plus. He was good at small talk and glad-handing at social events.

Bill was born on May 8, 1932, in Everett, Washington, and passed at his home in San Diego on January 14, 2021.
He is preceded in death by many decades by his father, William Herbert, and mother Lula Mae (Mohler), uncles Alvin and Emil, and aunt Annie.
Survivors include his wife Laura, children William and Cristina, all of San Diego; and brother John Hinks and family of Columbia, South Carolina.

A memorial service will be held Monday, September 27 at 9:30 am at St. Joseph Cathedral in Cortez Hill (1535 Third Avenue), where Bill was a choir member and avid donut eater.
A military honors funeral service will be held at Fort Rosecrans National Cemetery at 11:30 am. Bill will be laid to rest at Rosecrans near his parents, with whom he did not get to spend enough time in life.
In lieu of flowers, the family asks that you consider a donation in his name to either the USS Midway Museum or the SDSU Aztec Club.
Published by San Diego Union-Tribune on Sep. 26, 2021.
To plant trees in memory, please visit the Sympathy Store.
MEMORIAL EVENTS
Sep
27
Memorial service
9:30a.m.
St. Josephs Cathedral
1535 Third Avenue, Cortez Hill, CA
Funeral services provided by:
CORTEZ CREMATIONS AND FUNERAL SERVICES
MAKE A DONATION
MEMORIES & CONDOLENCES
Sponsored by CORTEZ CREMATIONS AND FUNERAL SERVICES.
0 Entries
Be the first to post a memory or condolences.