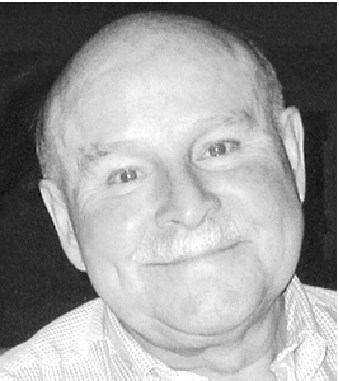 Albert W. "Bill" Peterson - 1936-2018. Bill Peterson, beloved husband, father, and grandfather, passed away on May 19, 2018, surrounded by his loving family. He was born on July 29, 1936, in Sioux City, Iowa and moved to California with his family as a young boy. Bill's family moved to Whittier, where he met his wife, Maureen Mattis. He graduated from Cantwell High School in Montebello in 1954. Bill attended Santa Clara University and graduated in 1958 with a degree in economics and a minor in philosophy. Bill and Maureen were married in 1957 and were blessed with 60 years of marriage. Upon graduation from Santa Clara University, Bill received his commission as 2nd Lieutenant in the United States Army and was stationed at Fort Ord. Bill also served 12 years in the United States Army Reserve and was proud of his military service. He had a long and successful 34 year career at GTE (now Verizon), working first as an Internal Auditor, then a Training Manager, Sales Manager and Service Manager. Bill's last assignment was Division Manager in Santa Barbara. After retiring in 1993, Bill and Maureen traveled for a year and then settled in Nipomo. Bill has always been active in service organizations and gave generously of his time and talent. He had a great fondness for Nipomo and became very active in the community. He was a member of the Arroyo Grande Rotary, and had been an active Rotarian since 1978, including serving as president of the Thousand Oaks chapter. Bill was also a member of the Five Cities Newcomers Club, Nipomo Newcomers Club, RAMS, Blacklake GYROS, and Central Coast Woodturners. He leaves countless friends in Nipomo who will miss his warm and friendly presence, and especially his jokes! He enjoyed traveling, reading, woodworking, fishing, and especially spending time with family and friends. Bill had many interests, but his favorite pastime was spending time with Maureen, his sweetheart, friend and soulmate. Bill will be dearly missed by his wife, Maureen; his children: Laura Wallace (Mike), Bob Peterson (Sue), Cindy Debbas (Steve), Dan Peterson and Karen Deeds (Larry); and 13 grandchildren. Bill also leaves his sister, Judy Gladden (Don); and family, Uncle Cy Bailey; and many dear friends. He was pre-deceased by his brothers: Tom and John Peterson. We would like to thank Dr. Palchak, Dr. Canfield, and Dr. Dunlop for their care and compassion during this time. A Celebration of Life and luncheon will be held at 11:00 am, Sunday, July 1, 2018, at Trilogy at the Monarch Club, located at 1645 Trilogy Parkway, Nipomo.
Published by San Luis Obispo County Tribune on Jun. 24, 2018.
To plant trees in memory, please visit the Sympathy Store.
MEMORIAL EVENTS
To offer your sympathy during this difficult time, you can now have memorial trees planted in a National Forest in memory of your loved one.
MAKE A DONATION
MEMORIES & CONDOLENCES
1 Entry
My deepest condolences to the family. May God comfort your hearts and strengthen you all during this most difficult time. -2 Thessalonians 2:16,17
June 29, 2018
Showing 1 - 1 of 1 results