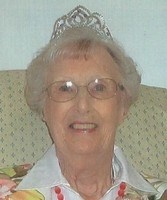 BORN
1926
DIED
2021
FUNERAL HOME
Dudley-Hoffman Mort, Crematory & Memory Gardens
1003 E Stowell Rd
Santa Maria, CA
Ann Therese Openshaw
October 15, 2021
Atascadero, California - Ann Therese Openshaw (nee Wimbley) passed away October 15, 2021 in Atascadero, California at the age of 95. Ann was born to August and Florence Samsel in the Bronx, New York. While her mother worked, she was raised by her aunts; Anna and Minnie. At the age of 13 the family moved to Queens, Long Island, where she attended Jamaica High School. During World War II she became a Junior American Nurse and Air Raid Warden with the Civil Defense Program and spent her Summers in upstate New York as a camp Water Safety Instructor and Life Guard for children evacuated from France and England.
After high school Ann entered Flushing Hospital and Dispensary Nursing School, Queens College, and subsequently signed up for the Cadet Nurse Corps which was initiated to relieve the shortage of nurses due to the war. In 1947 she was stationed at the Public Health Indian Hospital in Tacoma Washington, where she met her first husband, Leon J. Wimbley. His military career took the family from Washington to California, Germany, Texas, Colorado, and back to Fort Ord, California, where they made their home in Pacific Grove.
Ann worked as a nurse in Summer camps as well as many years for the Girl Scout Council where she was known affectionately as "Iodine". At Monterey Hospital she worked in labor and delivery, and then at Monterey Convalescent Hospital as Assistant Nursing Director.
After moving to San Luis Obispo, she became Director of Nurses at Cabrillo Convalescent Hospital. Her expertise then took her to General Hospital, working in the dialysis unit and pediatrics, and eventually to French Hospital where she became the Supervisor of Pediatrics. It was at French Hospital that beloved Pediatrician, Dr. Louis Tedone gave her the nickname, "Granny Ann", which she carried for the remainder of her career. Ann transferred to Sierra Vista Hospital as Supervisor of Pediatrics, and in time was named Honorary Professor for Teaching Student Nurses by Cuesta College. From here she retired. Ann's Nursing career spanned 42 years, from 1945 to 1987. She took great pride in her career and accomplishments and nursing was her love!
Ann returned to college in the early 70's, earning A.S. from Cuesta College, a Bachelor of Science and Public Health Certificate from Cal State Bakersfield. During this time Ann met and married Jay Openshaw and settled in Orcutt, California.
Ann's strong commitment to public service dating back to her teen years led her to myriad volunteer activities. She served on the Child Protection Council, was a 10 year board member and Thrift Shop manager for O.A.S.I.S., worked for the Food Bank collecting food at local stores, and was Scholarship Chairperson for the Santa Maria High School Alumni Association. She especially enjoyed her time as Elks Lodge #1538 Kaddlehopper clown "Buttercup". She was an active member of American Legion Auxillary #534, a Railroad Museum Docent, a member of the Central Coast Jazz Society, and a Red Cross volunteer for Disaster Nursing. Ann and Jay were among the founding members of the Pioneer Park. Soon after Jay's passing Ann joined the Red Hat Divas, which includes the Vintage Roses and Berries. This was a fun time for Ann. During Santa Maria's Centennial Day, Ann represented a pioneer for the Orcutt Hill where her husband Jay was affiliated with Union Oil. She was a long time member of the Santa Maria Symphony and joined a singles club for seniors and served that group through her hobby of setting up for the "dine outs". Ann's 21 years of devotion to Orcutt and Santa Maria community service will be sorely missed.
Ann is survived by son, Leon Wimbley (Nancy) of Reno, Nevada; daughters; Suze Cody of Orcutt, Marianne Johnson (Daniel) of Paso Robles; step-son, Neal Openshaw (Diane) of Encinitas; brother, August Samsel of Mt Dora, Florida; 9 grandchildren; and 10 great-grandchildren; 2 great-great- grandchildren.
She was preceded in death by her parents, August and Florence Samsel; brother, Robert Samsel; daughter, Nanette Ruth; and step-son, Dale Openshaw.
Family Burial took place November 12, 2021, and a Celebration of Life is planned for May, 2022.
Donations in Ann's memory may be made to the Oasis Senior Center, P.O. Box 2634, Orcutt, CA, the Santa Maria Valley Pioneers c/o Jo Ann Tiexeira, 1512 Ewing Ave, Arroyo Grande, CA 93420, or the Elks Event Center Fund, P.O. Box 609, Santa Maria, CA.

Published by San Luis Obispo County Tribune on Nov. 28, 2021.
To plant trees in memory, please visit the Sympathy Store.
MEMORIAL EVENTS
To offer your sympathy during this difficult time, you can now have memorial trees planted in a National Forest in memory of your loved one.
Funeral services provided by:
Dudley-Hoffman Mort, Crematory & Memory Gardens
MAKE A DONATION
MEMORIES & CONDOLENCES
1 Entry
Ann was such a lovely lady!!!! Rest in Peace sweet angel - what an exciting life you had. Deepest Sympathy to Ann's love ones.
Michael W. Filipponi
Friend
November 29, 2021
Showing 1 - 1 of 1 results