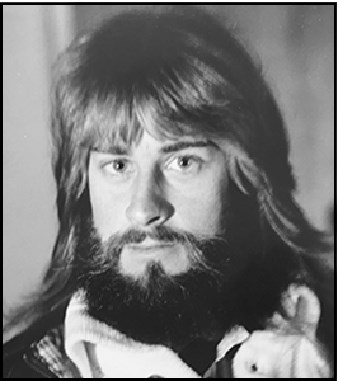 FUNERAL HOME
McDermott-Crockett & Associates Mortuary
2020 Chapala Street
Santa Barbara, CA
Mr. Breton Patrick Carr Mr. Breton Patrick Carr, 62, of Creston, California, died surrounded by the love of his family on Sunday, February 11, 2018. Born on October 1, 1955, in Columbus, Ohio, Breton was the son of the late Dr. Richard D. Carr and Patricia Burns Carr of Dublin, Ohio. Breton lived his life in a decidedly unorthodox way, spending much of his time reading, writing, and thinking; listening to music; and enjoying good food, wine, and stimulating conversation. He was an accomplished entrepreneur who owned two health food stores: Aptos Natural Foods in Aptos and the well-known Food Bin and Herb Room in Santa Cruz. He is survived by his daughter Sasha of San Luis Obispo, significant other Joan Sewell of Creston, and sisters Kitsy Carr Fisher of Dublin, Ohio, Melissa Carr Merritt of Ft. Collins, Colorado, and Ali Carr-Chellman of Moscow, Idaho. Breton was a 1974 graduate of Upper Arlington High School where he became an avid chess player and sang in the choir. It was at this point that he began to grow his hair long, much to the chagrin of his parents, but eventually his mane was his pride and joy, as he looked more and more like one of the Beatles, in part because of his long sideburns. He earned his undergraduate degree from the University of California at Santa Cruz in Philosophy. He also attended The Ohio State University for graduate school in Philosophy. After a period of time when he rode a motorcycle around the state of California, he joined forces with Mark Taylor and started the Food Bin & Herb Room in 1984, becoming a local celebrity in Santa Cruz for the pithy, philosophical, and humorous sayings displayed on the high profile marquee outside of the establishment. This, along with excellent management and hard work by both Mark and Breton, brought great success to the business, which led to him managing a thriving business portfolio. This allowed Breton to retire into business ownership rather than active management and pursue other interests. Breton authored many books, had photography exhibits, and won many a chess match during his retirement. He loved to listen to music and almost always had wine with lunch. His daughter, Sasha Tselikova, was most precious to him. He was a loving spirit who welcomed people into his life with a fierce loyalty. Some of his friends and acquaintances would call him eccentric, but for those who knew him well, he was a devoted, loving soul with a penchant for deep analysis. In many ways he played chess on the big board of life and would think deeply and carefully about his life choices, anticipating many potential outcomes and unexpected consequences. As a result, he was remarkably successful in life. A private memorial will be held. Arrangements are under the care of McDermott-Crockett Funeral Home, Santa Barbara.
Published by San Luis Obispo County Tribune on Feb. 18, 2018.
To plant trees in memory, please visit our Sympathy Store.
MEMORIAL EVENTS
To offer your sympathy during this difficult time, you can now have memorial trees planted in a National Forest in memory of your loved one.
Funeral services provided by:
McDermott-Crockett & Associates Mortuary
MAKE A DONATION
MEMORIES & CONDOLENCES
8 Entries
A treasure.
Thom Zajac
October 9, 2018
I only learned of Breton's death today, April 7, via a mutual friend in Moscow. It was a shock, as Breton and I had spoken by phone not long before, and he had not mentioned health problems. We knew each other via the Foodbin in the 80s.
He and I shared an interest in Russia, as parts of his life story -- part not included in the obit here -- showed.
Breton was a gentle man, and it is good to know his loved-ones were by him on his death.
Breton.
Steve Lapeyrouse
April 7, 2018
I will miss seeing you at The Loading Chute in Creston.
It was always a pleasure visiting with you.

Vivi
VIvi WItzel
February 24, 2018
I worked at the Herb Room starting in 1984. Breton and I became close friends and roommates soon thereafter. When Breton shone his light of joy, he had an irresistible charm. His laughter was a joy to behold. He laughed often, from a contagious giddiness when something struck him as funny, to an outrageous, devil-may-care laugh out loud laugh, so rare and precious. His very presence was a gift.
Breton was fascinated by the French writer Andre Breton, the founder of surrealism. He lived his life with an eye toward the surreal, which would have made his namesake proud. The Food Bin was an iconic collection of beautiful images and modern art collages made by Breton, in addition to being a health food store. The marquee out front was Breton's pride and joy, as he created thought-provoking and witty phrases for passers-by to ponder.
Breton had an eye for beauty. His home was a museum. Every available space was covered with antique treasures and intriguing art. Tables were strewn with never-ending wonders of beauty and quality. Walls were covered with fine art. An Italian painting of the Madonna with an ubiquitous gaze, an Escher trompe l'oeil drawing, a whimsical pastel of colorful pears from a fruit package.
Breton was impeccably honest. He insisted on this with others in his life. He managed his store with an iron fist in a velvet glove, as they say about libra sign people.
Breton was happiest when he could let his thoughts roam and espouse various eloquent theories about life, culture, politics, and art. He could think very long thoughts!
I am thankful for the warm friendship that we shared. I am thankful for his intelligence, humor, and wit. I am thankful for the somewhat surreal, artistic vision that he shared with others in his life. I send my blessings and love to his wonderful family and all those who have also known and appreciated this extraordinary person. Breton Carr will be warmly remembered!
Catherine Peterson Blake
February 19, 2018
I will miss you good friend. I hope you can still play chess wherever you are. I will always treasure going to Guiseppes and discussing chess and life. You with a glass of wine and me with iced tea.

So very sorry to hear of Bret's passing. I think back to many memories of him at our house growing up hanging out with Brian.
He had such a unique relationship with my dad too - they were so very different, but yet they had a common respect for one another.
You are all too young to be losing a sibling - my prayers are with you. Love, Laura Baird
Laura Lee John
February 17, 2018
Here's to all our childhood memories. You will be missed forever after.
LLL,
TsTs
Kitsy Carr-Fisher
February 16, 2018
What a unique man and deeply caring person Breton Carr was. He marched to the beat of his own drum and what success he had in all aspects of his life. I didn't know that he co-founded both The Herb Room and Aptos Natural Foods, two of our gems in this county. He was too young to pass, but he lived his life (away from business) and took in the good things in life, the things that brought joy to his heart. We are so fortunate to have these two stores for decades in our county - stores that sell the best of the best in organic food, herbs, body products and so much more. And the marquee (Herb Room) with his philosophical, humorous messages to all of us is something I always enjoyed, and still do!

Highly educated and sharp as a whip, Breton was a gift to all people he had in his life. And how many small businesses do you know of that have had this much success for decades? In our world of big box stores like Whole Foods, Breton and friend's markets have always sold the things you can't find anywhere else, except maybe Way of Life. Thank you for all that you did for Santa Cruz County. I send my condolences to his family, his daughter who he adored and all his loved ones. May he rest in peace knowing that his ways and ideas were magical and forward-thinking and boy are we still benefitting!
Lisa Palacio
February 16, 2018
Showing 1 - 8 of 8 results