David was born in April 1953 in San Luis Obispo and passed away Saturday, April 7, 2012, in Birmingham, Ala. Â  David was a lifelong Oceano resident. His grandparents, Carl and Lena Angello, came to Oceano in 1935 and established Angello''s Grocery on Ocean St.Â Later, his father, Bill Angello, established Bill''s TV in the same location. Dave worked for his father in the TV store as a young man.Â He graduated from Arroyo Grande High School in 1971. In 1973, he married Lori Jean Phipps. They would have celebrated their 39th wedding anniversary this year.Â  They raised two sons, David ll and Craig, and were very active in youth football and baseball.Â  Dave was a licensed building contractor. His company, DCA Construction, was instrumental in donating to the the building of the Senior Center in Oceano. Dave and Lori later opened Angello''s TV in Grover Beach and operated that business for many years.Â After closing the TV shop, his love of the beach and dunes led to their next venture, Angello''s ATV on Pier Ave. Dave was raised riding the dunes and was considered an expert in maneuvering the dunes. His expertise was often called on to assist in situations that arose. Dave was active in civic affairs all of his adult life. HeÂ worked tirelessly and donated to any cause to benefit Oceano. He was elected to the Board of Directors on the Oceano Community Services District, where he served for 16 years. He sat on the fire committee that whole time and was dedicated to the Fire Department, and oversaw the purchase of new firetrucks and equipment.Â  He rescued the Oceano Fire District''s Engine No.1 from a field near King City, where it had sat after being sold years earlier - it is currently being restored. He supported the Oceano Improvement Association, Oceano Depot Association, Boy''s and Girl''s Club and was on the committee that worked to rename the dunes for Oceano.Â He was a charter member of Oceano-Five Cities Elks No. 2504. Known as "Big D," Dave was an avid Oakland Raiders fan. Dave and Lori hosted their famous Super Bowl barbecues for years. He loved a good spencer at Jocko''s and loved to barbecue.Â He was a racing fan, supported racing and loved to follow the sprint car circuit with his racing buddies, the Kaedings. DaveÂ provided the community with leadership, support, a voice and was a problem solver everyone went to. His loyalty and pride in Oceano was unwavering and his presence will be deeply missed. Dave is survived by his wife of 39 years, Lori; son, David ll and his daughter, Dalaini and her mother, Lindsi Timmermans; son, Craig (Tamara) and their son, Conner; sister, Donna Angello; brother, Danny Angello; aunts and uncles Patty Castner,Â Joe Angello andÂ Ellis and Vonda Castner; cousins, nieces and nephews; many close friends; and lifelongÂ friends, the GuitonÂ family. A funeral service will be held at 11 a.m. Friday, April 13, 2012, at St. John''s Lutheran Church, 959 Valley Road in Arroyo Grande, with burial at Arroyo Grande District Cemetery. A reception will follow at the Oceano Depot, 1650 Front St. in Oceano. In lieu of flowers, memorial donations to help with restoration of the historic Oceano Fire District Engine No. 1 and the depot can be sent to the Oceano Depot Association,Â P.O. Box 535, Oceano, CA 93475. Marshall-Spoo 489-5552 Grover Beach

Published by San Luis Obispo County Tribune on Apr. 11, 2012.
To plant trees in memory, please visit our Sympathy Store.
MEMORIAL EVENTS
To offer your sympathy during this difficult time, you can now have memorial trees planted in a National Forest in memory of your loved one.
MAKE A DONATION
MEMORIES & CONDOLENCES
15 Entries
Our condolence goes out to Mr. David Angello legendary to family and friends. Will always cherish the great memory my family enjoy the ATV Oceano Dunes. You sure put out a great party on your Anniversary.

R.I.P. Raymond Jean Sr. (cousin to Mario and Christie Sanchez)and Mary Candy Limpangug
mary Candy Limpangug
April 19, 2012
RIP bud. -RN from SV ICU...
April 13, 2012
Our Prayers with the Angello Family, Rest in Peace David, God Bless !!
Paul Sweeney Sr
April 12, 2012
To Our Dear Loyal Friend Always enjoyed your Friendship To me and my entire Family All Our Love & Blessings Mario & Christie !!!
Mario Sanchez
April 12, 2012
Our love and prayers to the entire Angello family. David's continued devotion to our community is an inspiration for all of us to follow.
Bart & Lynn Pearson
April 12, 2012
You will be truly missed, with your big kind heart has shown the world. We love you Big D!
Sievna and Xaiver
Sievna Limpangug
April 11, 2012
"My thoughts and prayers go out to the Angello familly. David will be greatly missed. He was always good and generous to us. We love you Big-D! the Searcys
irma searcy
April 11, 2012
Rest in peace Dave. Say hi to Art for me Love Bernadette Morones
Bernadette Morones
April 11, 2012
"My family sends our deepest sympathy to the Angelo family. Dave, you were there for the firefighters of the Central Coast. Now you have passed that torch to your son, Craig"
Rick and Rosie Smith
April 11, 2012
The entire English family sends their love and prayers from Washington. We'll all miss Big D. Wish we could be there to give Lori, Little David and Craig a huge hug.
Brecke English
April 11, 2012
We were so sad to hear about the passing of Mr. Angello. He was a great long time customer of our restaurant Chachos in Oceano. Our deepest sympathy goes out to his family, from the all the girls at Chachos and the Pimentel family
April 11, 2012
Our deepest sympathy to Lori and family. We are very sad for your loss.
Jesse and Martha Lopez, Oceano, CA
April 11, 2012
I don't know how we are going to get along without him. David and his family have been a part of my family since the beginning, before I was born. He is going to be missed more then words can express...
Laurie Guiton
April 11, 2012 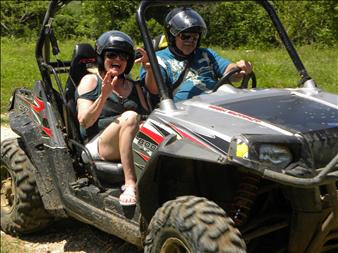 I am sad to hear about the too soon passing of Big D. he put up the down payment. on the first house I bought.evan thouht we never ment.we became good freinds.and I will his big smile and good nature.
Shannon Martin
April 11, 2012
I was so sad to hear about Mr. Angello's passing. I have taken care of him a few times over the last years, and he was always such a sweet man. My heart and deepest sympathies go out to the Angello Family.
Michelle Martin
April 11, 2012
Showing 1 - 15 of 15 results