Emile Edward Attala, an accomplished engineer and computer scientist who loved nothing more than Middle Eastern dinners surrounded by family and friends, passed away Monday, June 18, 2007, surrounded by his family in his San Luis Obispo home.

He was 73 and had been battling liver disease for the past three years.

In many ways, Emile's life was the fulfillment of the American dream. His robust career spanned many fields, from petroleum engineering, to aerospace work for NASA's Apollo missions, to computer science professor at Cal Poly.

He was born in Cairo, Egypt in 1934. In 1958, he was one of the first Egyptians to earn a degree in petroleum engineering. He then worked in the oil fields of the Middle East for four years before deciding to immigrate to America. In 1962, he enrolled at the University of California Berkeley to pursue a master's degree in engineering.

While at Berkeley, he met and married Ellen Patricia Keating. Their marriage produced twin sons, Edward and John, and would last nearly 27 years until her death in 1991.

Emile, who became a U.S. citizen in 1967, made headlines in 1995 when the Tom Hanks movie "Apollo 13" opened. In a feature in The Tribune, Emile recounted his role as part of a three-man team that programmed the back-up system for the troubled spaceship's 1970 flight to the moon.

It was always a source of amusement to his sons that Emile could make the technical and complex seem simple, and yet he couldn't learn to ride a bike.

Soon after the Apollo 13 rescue, Emile left the aerospace industry to become an associate professor in the new computer science department at Cal Poly. In shifting his career, his son John recalled, "He was simply following his passion. He had discovered the beauty of teaching. Teaching and telling stories, those were his passions."

So was learning: He obtained his Ph.D. in computer science from the University of California Santa Barbara while teaching at Cal Poly. In 1978 he was appointed chairman of the Computer Science and Statistics Department, and retired from Cal Poly as a professor emeritus in 1997.

While at Cal Poly, he developed evening and weekend workshops to introduce local business owners how to use new and emerging technology '" personal computers.

As much as he loved teaching, Emile was perhaps more passionate about family, friends and food. "He loved nothing more than being with a group of people, telling stories, cooking them his beloved Middle Eastern cuisine and sharing his heritage,'' said his son, John.

Emile had the unique ability to befriend people of every generation and took pleasure in the fact that many of his sons' friends became his own.

He was fluent in English, French and Arabic, and was also passionate about theater. For many years, he volunteered with the SLO Little Theatre, and annually he would travel to Paris to spend a week or so taking in plays, musicals and opera.

A rosary will be recited at 7 p.m. Thursday, June 21, 2007, at Reis Family Mortuary, 991 Nipomo, San Luis Obispo, with visitation following


To plant trees in memory, please visit our Sympathy Store.
Published by San Luis Obispo County Tribune from Jun. 20 to Jun. 21, 2007.
MEMORIAL EVENTS
No memorial events are currently scheduled.
To offer your sympathy during this difficult time, you can now have memorial trees planted in a National Forest in memory of your loved one.
MAKE A DONATION
MEMORIES & CONDOLENCES
Sponsored by David Intersimone "David I".
11 Entries
The thing I remember most about Emile is that no matter how serious things got he was never boring, as a lot of engineers were. Even when the astronauts were in deep trouble on Apollo 13, Emile, who took the lead in writing the code to make the inflight corrections necessary for a successful return to earths did it with a "no-fail" attitude and a smile on his face. He was a bright light at perhaps the darkest moment in Apollo history. He also very graciously gave the credit to every one on the team although he carried the main load.
When it came time to get his work transferred to NASA, Emile the team leader selected me to personally carry it to Cape Kennedy. In that era of plane hijackings, it could not go by commercial jet, so he arranged for the air force to fly me from Los Angeles to Cape Kennedy with the written code in a locked brief case chained to my wrist. It was a great personal adventure and Emile often told me that he wished he would have taken it himself, but was glad he picked me because of my interest in flying. Even as serious as it was, he was concerned with me having an enjoyable experience.

Emile will always hold a cherished spot in my heart as a great American hero.
tom owens
Friend
June 14, 2021
Emile's memory lives on here in this little corner of the Wasatch mountains.
June 14, 2019 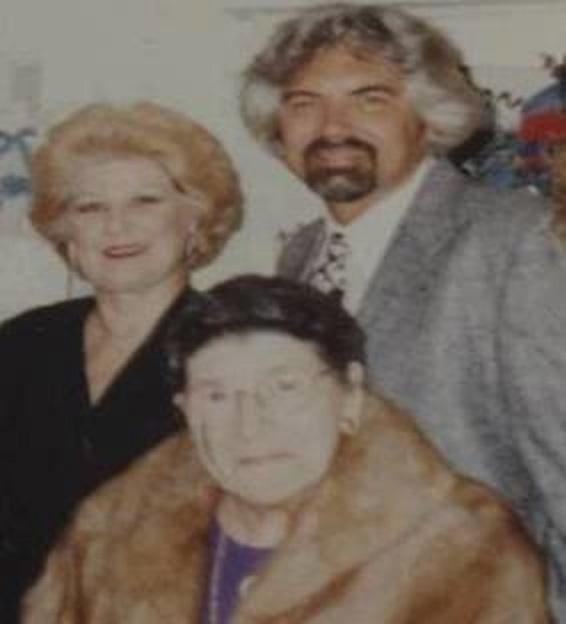 Dr. Attala was Chair of the Computer Science Department when I obtained my Masters in Computer Science from Cal Poly San Luis Obispo. He could be an imposing and imperious figure! I'll never forget him! I had a one on one with him in his office and it was nip and tuck for me!
George Morey
May 7, 2015
I was very saddened today when I googled Emile's name and came up with this obit.

Emile and I were friends and worked together on the Apollo Moon project back in the mid 60's at TRW in Redondo Beach. We spent many hours during and after work discussing a wide range of topics. We also shared an interest in theater and even started writing a play together. We both came to the conclusion that it is much easier to critic a play than to write one!

I last saw Emile after he and his family moved up the coast when he took the teaching position.
Emile was a class act and a good friend with a big heart. I will always remember him with a great deal of fondness.
Tom Owens
September 30, 2013
I was doing random search on google and found this page. I started reading what everyone has been writting about Emile and it really touched me. I am really happy to see he had a great influence on many people, helped you finding your interests and make some of you smile even when you weren't feeling good. Because I lived on the other side of the continent, I only met my uncle a few times...but I will always remember him as being a great man.
H. Atallah
January 3, 2008
My sadness in hearing of Emile's death is tempered by the knowing I have of how much he gave me during his life. I, too, met Emile in Csc 221. I loved that class and Emile. When I had my closest connection to Emile and his wonderful family was during our practicum project with Control Data. Jackie Bayne and I had pretty much taken control of the written part. When we submitted it to Emile for review, I thought we had a masterpeice. As he read it, he just shook his head in despair. The told us the English was terrible. He proceded over the next few days, to go over every sentence with us and teach us what our mistakes were and how to correct them. Emile, for whom English was a second language, taught me how to write well! During my visits to the house I got to know Pat, who was probably the most loving person I have ever known, and the boys, partly from seeing them in person and also from Emile's endearing stories. My relationship with this wonderful family continued to grow throughout the years I taught at Cal Poly, during most of which Emile was Department Head. If I had to pick Emile's greatest gift to me, I 'd have to say it was his giggles. He never faileed, when I would become bogged down by worry or stress, to get me to release my grip on the seriousness of my situation with one of his charming anecdotes infused with his wonderful giggles. Ed and John, my heart goes out to you and your families. As sad as their passings have been, you received the greatest gift of life: loving parents. It has always been evident in the two of you. I could feel it from the first moment I met you. You are passing that on to your children and all the other people you touch in your lives. I thank you and your very special parents. With much love, May
May Louise Coors
June 24, 2007
Emile was always thinking about how to provide his students with better learning opportunities. I met him when I was at HP and he was looking for industry partnerships to augment student experiences at Cal Poly. Not only did we work together to implement his goals, but we became friends in the process. I will miss him and send my deepest condolences to his family, whom he loved deeply and about whom he was always ready to brag and share stories.
Jerry Brown
June 21, 2007
I first met Emile when I took his CSc 221 assembly language programming, machine architecture class. I was late for the final when I didn't hear my alarm clock in Yosemite Hall (too many all nighters leading up to finals). Emile allowed me to take the final after I was coherent if I promised to become his first "reader" and grade papers in his classes.

I enjoyed the rest of my undergraduate years working with him on Computer Assisted Instruction research, occasionally babysitting his twin sons, and I even helped teach him COBOL programming so that he could teach that class.

Emile helped my get my first job at TRW after I graduated in June 1973. When Emile started the Computer Science Industry Advisory Council, he invited me to be a part of helping the department (which I still love doing today). Staying on the IAC even after Emile retired allowed me extra visits with him when I came down to Cal Poly for meetings, or was just passing through town.

Emile was my "second father". He was my mentor, advisor. I am so blessed that he gave me that chance to show what I could do with computers. I am still a programmer today, 38 years later, and still love the thrill of it all.

Thank you Emile! Thank you dad.

David I
David Intersimone
June 21, 2007
There are those people who really make differences and touch others, Emile was truely one of those people. His kindness and engaging personality will be truely missed. He was a big influence on me and a friend. I am thankful to have known such a man.
Shawn Pleimann
June 20, 2007
I am who I am today because of this man. He saw my potential as an engineer and nurtured my interests. He introduced me to the ideas and vision of the arts. He's one of the most fascinating people I've ever met. He wasn't just my teacher; he became part of my family. I will always remember.
Lorie Call
June 20, 2007
A beautiful man. I was a student charmed by his fun and goodness.
nan welsh
June 20, 2007
Showing 1 - 11 of 11 results