FUNERAL HOME
Marshall-Spoo Sunset Funeral Chapel
1239 Longbranch Ave
Grover Beach, CA
Raymond George Alley Jr., 68, a longtime Central Coast resident, died Wednesday, Aug. 28, 2013, in Manzanillo, Mexico. He was born in April 1945 in Salt Lake City, Utah, the first of three children born to Raymond G and Dorothy D Emerson Alley. Ray spent his early childhood in the Los Angeles and Fresno area, before settling down with his family in Grover Beach. He was an accomplished athlete, particularly in surfing, wrestling and football. After graduation from Arroyo Grande High School in 1963, he continued his athletic and academic career at Taft College. In 1965, he was drafted by the U.S. Army and spent seven years proudly serving his country while rising to the rank of Captain. Before leaving for his tour of duty, Ray married Madeline Dias of Pismo Beach in 1966. He served one year in Vietnam and was awarded a Bronze Star in February 1969. After his discharge from the Army, he continued his education at Cameron College in Lawton, Okla., where he earned a degree in political science. Upon graduation in 1973, Ray returned home to California with Madie and two children, Shannon and David, and settled in the Five Cities. In 1974, Ray began employment at El Paso de Robles Youth Authority and remained there until he retired in 2007. While there, he became a staunch supporter of the California State Employees Association and spent many years working tirelessly for the union in various capacities, including president of the local CSEA chapter. Committed to youth sports, Ray helped establish the Five Cities Youth Football League. He also served as coach and board member in the Five Cities Youth Basketball League and Beach Cities Little League, as well as coached little league baseball in Paso Robles. He also gave back to the community with his many years of service in the Five Cities Jaycees and Five Cities Kiwanis. In 1988, Ray relocated to Paso Robles. He later married Nyla Cardenas in 2003, and became father to Paul. An avid traveler, both domestically and internationally, he particularly enjoyed frequent trips to Laughlin, Nev., to try his luck on slot machines, and San Francisco to savor a meal and drink at his favorite haunt, Lefty O'Douls. His sporting passions were golf and college football, especially his beloved Notre Dame Fighting Irish. In 2009, he retired to Manzanillo, a place he had grown to love during his many travels there with Nyla. He especially loved the people and culture of the city and the state of Colima. While there, he spent his days playing cribbage, doting over his pets and watching whales on his balcony above the ocean. Ray is survived by his wife, Nyla Cardenas; mother, Dean Phillips; daughter, Shannon Hurtado (Joe); son, David Alley (Crystal); stepson, Paul Cardenas; sister, Barbra Boyd; brothers Jim and Dan Alley; and grandchildren Alexis, Jared, Natalie, Lucas and Alyssa. '?He was preceded in death by his father, Ray Sr.; and brothers Steve and Tom Alley. A celebration of life will be held at 11 a.m. Monday, Oct. 21, 2013, at Marshall-Spoo Sunset Funeral Chapel, 1239 Longbranch in Grover Beach.  Donations in Ray's memory may be made to the Arroyo Grande Eagle Athletic Foundation, 495 Valley Road, Arroyo Grande, CA 93420.

Published by San Luis Obispo County Tribune on Oct. 13, 2013.
To plant trees in memory, please visit the Sympathy Store.
MEMORIAL EVENTS
To offer your sympathy during this difficult time, you can now have memorial trees planted in a National Forest in memory of your loved one.
Funeral services provided by:
Marshall-Spoo Sunset Funeral Chapel
MAKE A DONATION
MEMORIES & CONDOLENCES
12 Entries

Nyla,
Rick and I were so sorry to hear of Ray's passing. We hope you had a few good years of retirement to enjoy in Mexico , along with other happy memories. He was such an interesting character and a wonderfully supportive and knowledgeable union rep. We were lucky to have him and I particularly respected him for his ability to work with the administration. Rick worked with him on Cayucos cottage when he first started. Take care
Holly Anderson
November 5, 2013
May God bless you and your family in this time of sorrow.
Raquel Rodriguez
November 3, 2013
Nyla & family, Earl & I send our condolences. Ray was a good friend & colleague during our 20+ yrs. at EPdRS, & we have many fond memories! Sorry to have missed the celebration, but we were out of the country. Thoughts & prayers to all of U! Earl & Linda Nursement
Earl & Linda Nursement
November 2, 2013
Cousins Shannon, David, and to all Ray's family,
my deepest sympathy to you all in his passing. I'm so sorry I could not make it to his memorial. I'm sure it was a wonderful tribute to his life. An even better tribute are you, his beautiful children and grandchildren, and all those lives he touched during his lifetime. He was truly someone you will never forget.
Mark Dias
October 21, 2013
I didn't all of these things about Ray but I really enjoyed my short time in his company. Happy trail Amigo!
Lance
October 16, 2013
Nyla,so sorry for your loss.Fuerte..
Trish Turner
October 16, 2013
Aloha 'oi brother Ray...Gail.
October 16, 2013
Rest easy in paradise Uncle Ray!
Deni Alley
October 15, 2013
Love and condolences to Nyla and the family. Manzanillo will miss his humor and generous spirit. It was our honor to know him.
Buzz & Debi Teter
October 15, 2013
Jean and my condolences to the Alley family, Ray and I started on Nipomo Cottage together in January 1975. He was my partner on the PM shift. He had instant respect and we enjoyed some great times on the unit...he will be missed....later tony freund
Tony Freund
October 15, 2013 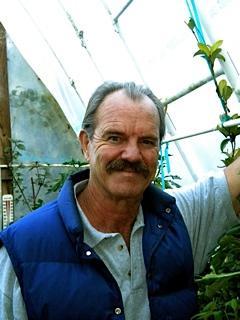 Ray was a really great guy, and a darn good union rep, too... and he certainly did right by me. I know the boys at the CYA they all respected him, thought that he was interesting, and fair. Likewise, all of us teachers there....we all liked Ray, liked him a lot. I'm sure he'll be missed by many, many people. My condolences to all of his family and friends.
Tom Ogren
October 14, 2013
Dear Shannon, Dave and family,

We wanted to send our condolences and let you know we are thinking of you.