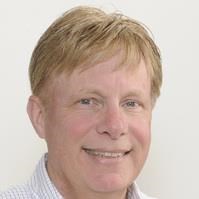 BORN
1946
DIED
2021
Benjamin Frederick Post
October 20, 1946 - January 30, 2021
Resident of Aptos
Ben Post died suddenly on Saturday morning, January 30, 2021, as he returned home from kayaking with friends.
Ben was born in Hornell, New York and grew up in Westfield, Massachusetts and Newtown, Pennsylvania. He was a proud 1970 graduate of Alfred University, New York, where he obtained his BS in ceramic engineering. Whenever he had the opportunity, he would turn over a plate to see the stamp on the bottom or hold up a glass up to examine the glass clarity. He obtained his MBA from the University of Tennessee University, Nashville 1977.
As an officer 1LT in the Army, Ben served in Vietnam between 1971 and 1972 and completed his service at Fort Dix, New Jersey in 1976.
Following his army tour, he worked as a process engineer for Aladdin Industries and a product development manager for Pelikan Germany at their Tennessee facility. His next position was with Pilot Pen as their general manager of printer supplies and later with Ribbon Equipment in Monterey.
In 1996 he started his own internet technology business and later expanded into a security and computer consulting business. He liked working on business projects as well as working one on one with long term clients.
Ben's family included his partner of 24 years, Pam Kangas, of Aptos, Ca. his sister, Sandy Taylor and her partner, Richard Jerauld, residents of Cape Cod, Mass. and his brother Russell Post, sister-in-law Susan Post and their daughter Genevieve Post who reside in New Hope, PA. Recent additions to the family include kitties, Gus and Jasper. His extended family includes the friends he made hiking in Monterey county, biking in Santa Cruz which started with the Sprockets Sunday ride and kayaking friends for the Saturday morning paddle. If someone said "let's go for a bike ride or go out on the bay" he would try to find time. In the winter he looked forward to driving up to Sorenson's in Hope Valley to cross country ski or to go snow shoeing. Electric cars and family genealogy were two of his other interests.
Among his achievements were helping the Ventana Chapter of the Sierra club write The Trail Guide to Los Padres National Forest and mapping mountain bike paths for the Fort Ord Recreational Area. He served on the boards of many community organizations in Monterey County, including the Ventana chapter of the Sierra Club and The Monterey Bay Regional Park District Board, where he served as President in 2009. He treasured his experiences of working with Gary Ibsen both on Adventures in Dining magazine and then TomatoFest, held in Carmel Valley for 17 years.
He was currently the President of Freedom Rotary club, where he enjoyed close friendships with fellow members and participating in local nonprofit charitable work. He also was an active member of the Community Emergency Response Team (CERT) in Aptos.
Curious about all things mechanical, talented in figuring out and fixing things, he was learning to become a better cook and looking forward to post-COVID-19 outdoor adventures. Kind, a good friend, willing to help out when he was needed, he contributed to a better world through his community service.
Due to COVID-19 there will be no service.
If you would like to honor Ben, he would be pleased that you donated to Watsonville Wetlands Watch, PO Box 1239, Freedom, CA 95019, or your favorite environment program.


View the online memorial for Benjamin Frederick Post
Published by Santa Cruz Sentinel from Feb. 21 to Feb. 23, 2021.
To plant trees in memory, please visit the Sympathy Store.
MEMORIAL EVENTS
To offer your sympathy during this difficult time, you can now have memorial trees planted in a National Forest in memory of your loved one.
MAKE A DONATION
MEMORIES & CONDOLENCES
Sponsored by santacruzsentinel.com.
0 Entries
Be the first to post a memory or condolences.