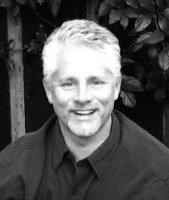 BORN
1960
DIED
2021
ABOUT
Kirkwood High School
FUNERAL HOME
Benito & Azzaro Pacific Gardens Chapel - Santa Cruz
1050 Cayuga St
Santa Cruz, CA
Brooks Lambert
January 18, 1960 - September 21, 2021
Aptos, California
Brooks Howard Lambert passed away surrounded by his family on September 21, 2021, at the age of 61 after his stoic battle with Multiple Myeloma. He was born January 18, 1960, in Pasadena, California to Bryan Lambert and Elle Lambert.
Brooks attended Kirkwood High School in Kansas City, Missouri and Peachtree High School in Dunwoody, Georgia. His college years were spent at BYU. He lived in too many places across the country to list but settled in Santa Cruz County in 1993.
Brooks was Founder, CEO and President of Enhance, Inc., specializing in electronic product design and development. After selling the company in 2006, he was the Founder of Under Development, Inc. The motto was "adding a little fun to a world that sometimes takes life too seriously". Within this company, he was the creator of The Beerbelly and the WineRack. He then ventured on and was the Founder and CEO of Qwikon from 2011 to 2016, a text messaging platform for small businesses.
Brooks was a true entrepreneur. Not only did he start numerous companies, but he also engaged with others to help them down their path to becoming a business owner. He loved brainstorming, collaborating, and connecting people. He was self-less and giving of his time.
Brooks was a volunteer and board member for Ride-A-Wave, which provides children with special needs the opportunity to experience ocean events at Cowell's Beach. He took this concept further and in 2008 was Co-Founder and the Director of Best Day Foundation, enabling communities to share the thrill of surfing, bodyboarding and ocean kayaking for children with disabilities. The name "Best Day" came from the countless parents that would converse with Brooks after a Ride-A-Wave event and indicate it was the best day of their child's life. Starting the first chapter in New Jersey, these grew to additional chapters in North Carolina, Virginia, and Florida. He also established chapters in Santa Barbara, Ventura, Orange County, Los Angeles, and San Diego. Best Day Foundation hosted over 50 events per year, serving over 2000 children with special needs annually, with the support of each community and all the volunteers that were essential to the success of the program. He poured his enthusiasm into this non-profit until his passing.
Brooks was an outdoor enthusiast. He enjoyed sailing, climbing, fishing, mountain biking and snowboarding. But his passion was surfing. His goal, until he was too ill to get in the water, was to surf at least 100 days a year. Brooks was an art enthusiast and loved working with wood, stone, and metal. But most of all, Brooks was a genuine, positive, kind-hearted man. His bright smile, infectious laugh and big hugs were shared with everyone. He had a warm energy, loved being goofy and always had to be a part of the fun. He was happiest amongst friends and having his children and grandchildren around him.
Brooks is survived by his wife, Lisa Cardoza of Aptos, his children, Lexi Lambert and her son Bodhi of Vancouver Washington, Chase Lambert, his wife Johanna and their daughter Kyla of Aptos, Taylor Lambert and his partner Ali Barrick of Aptos, Cuddy Lambert and his wife Bri of Loomis, and Ryan Howard and his partner Ryland Cleveland of Aptos. He is also survived by his father Bryan Lambert and his wife Barbara of Toccoa, Georgia and his mother, Elle Lambert of Centennial, Colorado, his sister Janie Stoker and her husband Craig of Palm City, Florida, his sister Amy Lambert of Rock, Colorado and several nieces and nephews.
Donations on Brooks' behalf can be made to Ride-A Wave, 849 Almar Avenue #C-324, Santa Cruz, CA 95060. A paddle out and celebration of life will be announced at a later date.

Published by Santa Cruz Sentinel from Oct. 3 to Oct. 17, 2021.
To plant trees in memory, please visit the Sympathy Store.
MEMORIAL EVENTS
To offer your sympathy during this difficult time, you can now have memorial trees planted in a National Forest in memory of your loved one.
Funeral services provided by:
Benito & Azzaro Pacific Gardens Chapel - Santa Cruz
MAKE A DONATION
MEMORIES & CONDOLENCES
Sponsored by santacruzsentinel.com.
2 Entries
Brooks will be so missed by all who had the honor of knowing him. His kindness of spirit, generosity, humor and charisma will never be forgotten. My heartfelt condolences to all.
Jessica Schattenburg
October 11, 2021
My heart is breaking for you old friend. Don't hesitate to call.
Mike Marketello
October 4, 2021
Showing 1 - 2 of 2 results