BORN
1946
DIED
2016
Dane Archer
Dec. 4, 1946 - Dec. 16, 2016
Santa Cruz, CA
Dane Archer, Emeritus Professor of Sociology and Psychology at the University of California, died on December 16, 2016 in Santa Cruz, California, in the home he loved, surrounded by the family and friends who loved and cared for him.
Dane was born December 4th 1946 in Sharon CT, to Jules and Eleanor Archer and grew up in Pine Plains, NY. He is survived by his beloved and cherished wife Marina, her children Theo (whom he called his son and was closest to), Iris, Daniel, Daphne, and their grandchildren; his intrepid brother Mike (and wife Sue) of Sydney, Australia, his eclectic brother Kerry (and wife Maureen) of Peoria, Arizona, and all their children and grandchildren. Dane was predeceased in death by his mother Len (1976), his father Jules (2008), his close friends John Kitsuse (2003) and Ron Gonzales (2012). He is also survived by his dear and close friend Forrest Robinson (and wife Colleen), and by Dane's three sons from a previous marriage, Zach, Nate, and Cam.
Dane graduated from Yale (1968) and Harvard (PhD, 1972) and taught at the University of California, Santa Cruz, from 1972 to 2007. Thousands of students adored him and benefited from his visionary mentorship. An avid cyclist, basketball player, hiker, carpenter and builder, Dane was a very creative man of both physical and mental prowess, brimming with original ideas and inexhaustible curiosity. His wit, his depth, and his sense of humor will remain legendary. Dane was a fiercely private man about his personal life, but those who were his close friends and loved ones knew him as he was: a proud, funny, brilliant, loyal, one-of-a-kind man, and most of all, an extraordinary human being. He leaves a legacy of kindness, civility, compassion and courage in the face of adversity, coupled with an unsinkable belief in fairness, civil disobedience, and the individual's right to freedom in life and love.
A personal website will be created in his memory to celebrate his life, his passion for research and teaching, his many accomplishments, and his outstanding contributions to the field of social science.
Those who wish can make donations in his memory to The Michael J. Fox Foundation. For personal condolences, please call 831-454-8827. 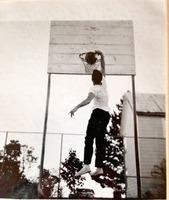 Published by Santa Cruz Sentinel on Dec. 28, 2016.
To plant trees in memory, please visit the Sympathy Store.
MEMORIAL EVENTS
To offer your sympathy during this difficult time, you can now have memorial trees planted in a National Forest in memory of your loved one.
MAKE A DONATION
Please consider a donation as requested by the family.
MEMORIES & CONDOLENCES
Sponsored by santacruzsentinel.com.
9 Entries
I knew Dane all to briefly in the early 1970s. As housing coordinator for (then) College 5, Isawhim almost daily and often sat at a luch or supper table with him. I proofread one of his books. Coming back in retirement to Santa Cruz after being in the east teaching, he was one of several people I was eager to reconnect with. But it was not to be.

I much admire his generosity of spirit, adventurousness, and imagination, and I miss them greatly. -- Tony Phillips, ex religion teacher and writer-in-retirement.
John A. ("Tony", please) Phillips
Coworker
April 26, 2019
I am just learning about Dane's death now through a FB chat. He was just the most wonderful person, teacher and thinker. I learned so much from Dane...honestly, and I can say that his way of being became a part of my own management style. Bless to all Dane gave to us, life and the world.
beth ghiloni
March 13, 2019
I only read about this now. It has been some time since I was involved in Santa Cruz life - a very mixed time for me. I was a graduate student in Social Psychology and spent a good amount of time taking classes from Dane (he almost converted me to Sociology) and discussing his creative methodological approach to just about everything. He was inspirational, creative, progressive and kind. In short, he had a great impact on me.

I remember he organized one of the finest pool parties of my life - though he might have been private about his personal life - he through quite a nice party.

I found out about his passing because I had just been reviewing an article on the responses of US youth to conflict and thought: " This person has not seen Dane's work on this'.

So it is with heavy heart that I read this.

Warmest regards to all,
Barry van Driel
Barry van Driel
July 13, 2018
I was greatly saddened to hear the news of Dane's passing. As both an undergrad and graduate student in Dane's department at UCSC, I had the pleasure of learning from this man, laughing at the amazing wit he used in the classroom, and enjoying his encouragement as I explored my sociological interests. Later I had the fortune of working with him as a teaching assistant and research assistant on a variety of projects in the area of non-verbal communication. He was also a kind, supportive member of my oral exams and dissertation committee. I have fond memories of a field research methods class I took with him, and his pointed, hysterical observations about some of my wilder moments in the field. He never failed to make his students smile while they learned. He always struck me as a down-to-earth, principled, engaged teacher, family man and friend. My sincere condolences to all those who knew and loved him.
Diana Dull Akers
January 4, 2017
My sympathy goes out to the family during your time of grief. May God's loving-kindness comfort you and help you through this difficult time. Psalms 119:50,76

BC~
January 3, 2017
Precisely half-a-century ago, I met Dane at Yale University. I was immediately impressed with his engaging personality and sharp mind. So I urged him to apply to our doctoral program in social psychology at Harvard. He took my advice and became one of the program's most outstanding graduates. And we have been close friends ever since.

Dane deservedly won four significant national prizes for his work across both sociology and psychology as well as more than 20 major grants and fellowships (Guggenheim, NIMH, German Marshall Fund, etc.). But I remember his work best for his special talents for coming up with
innovative measures for key theoretical tests.

Of all his contributions, my favorite is his multiple-prize-winning book on crime and violence - VIOLENCE AND CRIME IN CROSS-NATIONAL PERSPECTIVE (Yale Press). It used a comprehensive data file on worldwide homicide to show the effects of wars, cities and the death penalty on homicide rates. Although authoritarians refuse to face the fact, Dane demonstrated forcefully that the death penalty has no effect on homicide rates (except maybe to slightly to increase them).

His passing represents a genuine loss to social science. But to those of us who were privileged to know him well for many years, it is a deep personal loss that my wife, Ann, and I find difficult to accept.
Tom Pettigrew
January 2, 2017
As a UCSC alumni, and former staff member, I am saddened to learn of the passing of Professor Emeritus Dane Archer. His sense of humor will remain memorable to me personally as we were the same age, but intellectually worlds apart. I was the Provost Ad Asst to the late Professor J. B. Hall when Dane arrived at UCSC's College V (Porter College). Later, I studied psychology and sociology with him as an undergraduate. He was a remarkable presence. Rest in Peace Dane.
Christine Neilson
December 29, 2016
Dear Uncle Dane, Thank you for our many chats on the world and your many inspirational stories about living a full life :). You were hugely loved and you will be greatly missed... R.I.P. Uncle Dane, lots of love, Kirsten & Maria
K & M Archer
December 29, 2016 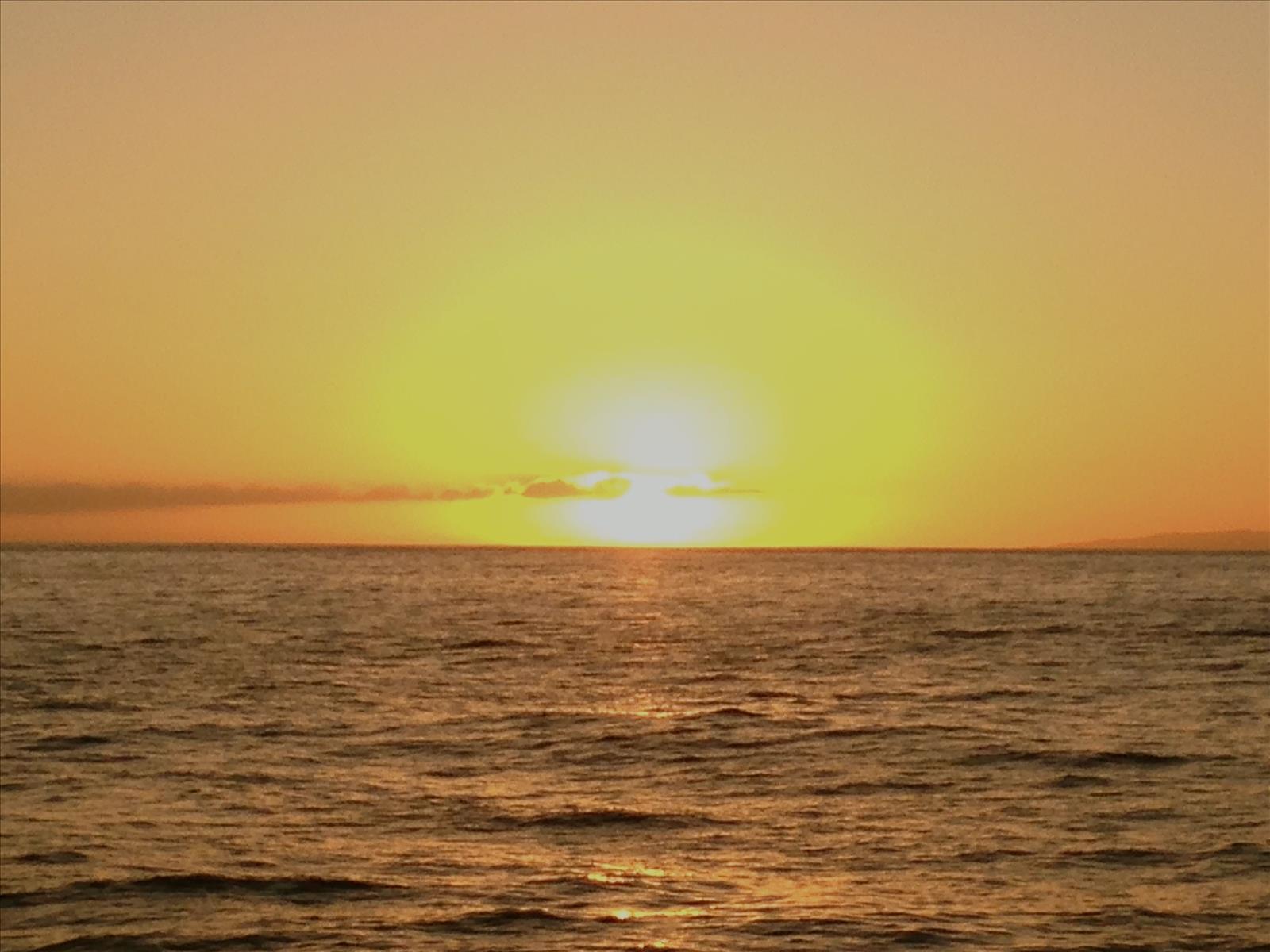 Van Gogh without his eyes
Dimming slowly
How could he ever paint sunflowers
Just like Beethoven having to
Touch his keyboard going
Silent
Silence is the sound of no
Basketball thumping as you
Run run run on a field leaving
Behind everyone
In the dust
As you know how
A sunset, brilliant the colors
Red, so red it hurts to watch it
As the sun's movement stops and
Raging in its beauty goes to sleep
In the vast and silent waters of the ocean still
You're surfing
I've always loved the ocean and
The sunsets
Since I was a child on the West side of
Countries left to right
The need to meet someone who could
Give movement to my dreams -
So great to find that movement and the
Emotion that comes from unique
Sunsets
Before dark
Marina Archer
December 28, 2016
Showing 1 - 9 of 9 results