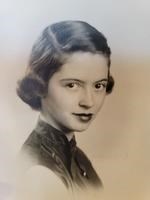 BORN
1936
DIED
2020
Donna Walsh
July 26, 1936 - May 1, 2020
Prescott, Arizona
We lost an incredibly wonderful person this last year. Due to Covid, we postponed sevices for Donna, and have planned a celebration of life gathering on September 25th, 2021 in Santa Cruz, CA. Donna Walsh was born in Crookston, Minnesota as Donna Jean Rohrer on July 26th 1936. She grew up with her father Ray, mother Emma, and younger sister Karen, in the beautiful farming town of Crookston in northern Minnesota. When Donna was 8 years old she lost her father Ray to cancer. Emma later remarried a wonderful man named Cliff Skrivseth, who was admired by all.
Donna's sister Karen wrote the following; "Donna Rohrer Walsh passed away on May 1st 2020. From the prespective of a seven-years-younger little sister, Donna always did things worth looking up to.
Her first year in college took her to St. Olaf College in Northfield, MN, about six hours from her hometown of Crookston, MN, and left me thinking "Who's going to take care of Me?" She went on to the University of Minnesota where she pledged Alpha Delta Pi sorority and from where she took the train with a friend to work a summer in Glacier National Park at the Many Glacier Hotel. Like other college kids, she felt lucky to work in this beautiful national park, even though the job was in the hot laundry room. Besides the hard work, she told stories of grizzly bears.
Donna earned a degree in elementary education, and was a teacher until she had her own children; Jay, Lynne, and Todd. Her family's neighborhood gave her lifelong close friendships of Karen St. Marie, Carolyn Bevan and June Heineke. With them, she traveled the world and got together every summer at a lake cottage in Minnesota, playing bridge, sometimes in the lake.
After moving to California she worked for years at Cabrillo College and later UCSC.
Buddy, her little six pound Yorkie, aptly named, was her devoted sidekick for years, demonstrating a wonderful example of pet and person companionship.
While living in Prescott, AZ, to my very big, but then, delighted surprise, Donna was introduced to motorcycle riding by her partner, Curt Dowling, who told me "Don't worry, she is very precious cargo."
That leaves us, all her people, missing her including myself, her children and their spouses, ten grandchildren, seven great grandchildren, her partner Curt, and many friends. A life we will all remember being a part of.
Donna moved from Minnesota to California in 1972 with her first husband, Jerry Nelson, and her three children; Jay Nelson, Lynne (Nelson) Owen, and Todd Nelson. She lived in Santa Cruz County working at Cabrillo College library, and later UCSC library for over 20 years.
Donna married her second husband, Patrick Walsh, in 1981. They left Santa Cruz County in 1999 to live in the foothills of the Sierras near the town of San Andreas. After about 4 years they relocated to Prescott, Arizona. Unfortunately Patrick passed away in 2010.
Donna continued living in Arizona with her dog Buddy. In 2015 she met Curt Dowling, who became her significant other until her passing on May 1st 2020. Donna was living a healthy and happy life until the middle of April 2020. She had a short illness with a glioblastoma brain tumor, that she fought very hard to survive, but it took her life in two weeks time.
Donna's life was full of friend's and family that loved and adored her.
Celebration of Life gathering will be held for all friends and family at the UCSC Seymour Center, 100 McAllister Way, Santa Cruz, CA. 95060 starting at 2:30pm PST. The event will be live streamed for anyone that can not attend at https://youtu.be/xVQoRnpT0Tw
Rest in Peace
Donna Walsh
July 26, 1936 - May 1, 2020