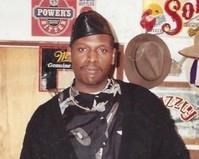 Published by Santa Cruz Sentinel on Aug. 24, 2021.
To plant trees in memory, please visit the Sympathy Store.
MEMORIAL EVENTS
To offer your sympathy during this difficult time, you can now have memorial trees planted in a National Forest in memory of your loved one.
MAKE A DONATION
MEMORIES & CONDOLENCES
Sponsored by santacruzsentinel.com.
2 Entries
I am so sorry to know that your Baby Brother has gone on to be with our Lord and Savior Jesus Christ. He will be Truly missed. Love Ya 2021.
Geraldine Robinson Woodward
Friend
September 13, 2021
May God bless you and your family in this time of sorrow.
Rena
August 22, 2021
Showing 1 - 2 of 2 results