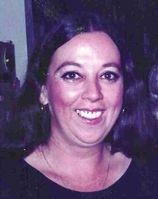 BORN
1948
DIED
2021
FUNERAL HOME
Benito & Azzaro Pacific Gardens Chapel - Santa Cruz
1050 Cayuga St
Santa Cruz, CA
Loretta Coral Cattaneo
December 26, 1948 - August 15, 2021
Life-long Santa Cruz Resident
Loretta Cattaneo passed peacefully after battling complications from a stroke she suffered eight years ago. She was 72 years old. For the last several years, Loretta continued to have a good sense of humor and remained spirited. Keeping busy with coloring books that helped with therapy. She looked forward to visits from family and friends.
Loretta was a long time Santa Cruz resident, born and raised. She attended local schools. She was employed at Plantronics for many years.
She married Bill Cattaneo in September 1971. They both later worked together in the restaurant business. Loretta was happy to be hostess for their restaurant, Rancho Del Mar Cafe, in Aptos for more than 20 years. There she met many local customers, that she looked forward to seeing on her weekend shift.
Loretta loved the Christmas season, and her birth month. That was when Loretta's talents for being hostess shined, celebrating with family and friends at her home. She and Bill made spectacular meals, that guests fondly cherished. Loretta decorated throughout her whole house for the season.
Loretta was the only daughter born into a family of four brothers. She is survived by Doyle Singer, Dan Singer, Larry (Connie) Singer, and Mike Singer.
She will be greatly missed by her aunt, cousins, nieces, nephews and extended family. Loretta is preceded in death by her parents, Daniel and Coral Singer; husband Bill Cattaneo, and nephew John Singer.
Loretta's family would like to thank the staff that cared for her at Pacific Coast Manor in Capitola. A special thanks to good friend Mallory Sims, who looked after Loretta's placements and care after suffering her stroke; as well as niece, Radawna Spencer, who gave extra attention, care and a voice for Loretta.
The family has no memorial service planned at this time.

Published by Santa Cruz Sentinel on Aug. 29, 2021.
To plant trees in memory, please visit the Sympathy Store.
MEMORIAL EVENTS
To offer your sympathy during this difficult time, you can now have memorial trees planted in a National Forest in memory of your loved one.
Funeral services provided by:
Benito & Azzaro Pacific Gardens Chapel - Santa Cruz
MAKE A DONATION
MEMORIES & CONDOLENCES
Sponsored by santacruzsentinel.com.
6 Entries
La-lettetta my nickname for you.I know you are up in heaven cooking ,laughing and making others happy.I know you,Billy ,Coral and my sis Debi are together.We will keep your memories in our hearts forever.Keep a place for us up there.Much love Sissy(Sharon)
Sharon Stockton Pini
Friend
September 2, 2021
May you Rest In Peace. I will miss you.
Radawna Spencer
Family
September 2, 2021
Wanted to see many times, cv19 did not allow it , we went to school together shared good times will miss u lots, life will not be sweet without u. U have a service contract me loved 2 be there.sorry I missed seeing u before u passed
FeliciaQuival guadian
School
August 30, 2021
Loretta will definitely be missed by our family. She was my sister-in-law. Who I admired, from the first time I met her. So caring she was for her family and many friends. She loved to cook, and shared those meals often. She was a people person, for sure. Her stroke took quite a lot out of her. But, I only hope that Loretta is now united with her loving parents; her husband Billy; and her best friend, Debbie. Take care, Loretta. You are free now!
Connie Singer
Family
August 29, 2021
My condolences to all the family. Loretta truly was an amazing woman & Im so thankful for the time we got to spend together. I will miss her dearly.
Mallory Sims
Friend
August 29, 2021
Rest in peace Sis
Doyle Singer
Family
August 29, 2021
Showing 1 - 6 of 6 results