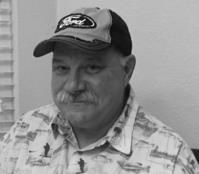 BORN
1961
DIED
2021
FUNERAL HOME
Alden-Waggoner Funeral Chapel
5400 W. Fairview Avenue
Boise, ID
Michael John Holdridge
December 14, 1961 - July 6, 2021
Boise, Idaho
Michael John Holdridge ("Mike") passed away on July 6 at his place of residence in Boise, Idaho. Mike was 59 years of age at the time of his passing.
Mike was the youngest of five children, survived by his sister Mary of Mt. Dora FL; and by his two brothers, Tom Holdridge Jr. of Meridian ID, and Bill Holdridge of Lindale TX. He was predeceased by his father, Tom Holdridge Sr., his mother, Dorothy Ann Auer, and his brother, Joe Holdridge.
Mike was born in Santa Ana, California, and lived in Orange County for many years. He graduated from Tustin High School in 1979. Eventually, he relocated to Santa Cruz County, where some of his family lived. For the past several years, he lived in Boise, Idaho.
Vocationally, Mike had many different jobs. He worked as a machinist, and as a chef; he installed fireplace systems, did detailed assembly work, and (most recently) worked in complex electrical wiring production. He was skilled with his hands and excelled in jobs requiring technical thinking skills.
Mike had an inquiring mind and enjoyed learning new things. He was an avid reader, and thus, was a fountain of all kinds of information, anecdotes, trivia, and little-known facts.
Mike was a man well-liked by pretty much everyone who knew him. He was personable, communicative, and a good conversationalist. He loved to tell stories, and he had lots of them.
Mike had a number of interests, such as cooking. He took pride in his ability to put together a meal, and sometimes used this ability to feed big crowds. He loved animals, particularly dogs (and dogs loved him). He had a passion for any kind of fishing, but ocean fishing was his favorite. He enjoyed putting together wooden pieces or puzzles with complex designs and loved to build complicated models of classic cars. Mike didn't mind being alone, and he also enjoyed social time, especially with family. He was also an avid sports fan.
Mike also had a spiritual side to his life. A confessing Christian, he believed in the Lord Jesus Christ—in His death and resurrection on Mike's behalf. We trust that he is now in heaven, free from the sorrows and difficulties of this life.
There will be a private memorial service for family and close friends on Labor Day weekend. For specific information as to time and place, please send an email, with your name and connection to Mike, to [email protected]
In lieu of flowers, Mike would have appreciated your donation to the Boise Rescue Mission New Life Discipleship & Recovery Program, a program he believed in. Just go to https://boiserm.org/services/addiction-recovery or send a check to Boise Rescue Mission Ministries, PO Box 1494, Boise, ID 83701. Thank you.


View the online memorial for Michael John Holdridge
Published by Santa Cruz Sentinel on Aug. 27, 2021.
To plant trees in memory, please visit the Sympathy Store.
MEMORIAL EVENTS
To offer your sympathy during this difficult time, you can now have memorial trees planted in a National Forest in memory of your loved one.
Funeral services provided by:
Alden-Waggoner Funeral Chapel
MAKE A DONATION
MEMORIES & CONDOLENCES
Sponsored by santacruzsentinel.com.
1 Entry
May God´s loving kindness and comfort help you and your family through this very difficult time. Matthew 5:4
LL
August 24, 2021
Showing 1 - 1 of 1 results