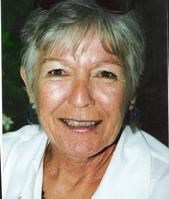 In Memory of
Sharon Anne Bertolucci Plant
Mar. 15, 1940 - Aug. 19, 2021
Born and raised a Parrish in the Central Valley, Sharon was a long-time resident of Santa Cruz County. She married John Larry Bertolucci of Santa Cruz in 1959 and their two children followed soon after. Sharon worked in the medical field in administrative capacities throughout her career, and enjoyed bowling, softball and water- and snow-skiing with her family. Following a divorce she went on to marry Glen Robert Plant of in 1992. For many years, they called Amador County home. Following two years of excellent care by her husband and hospice, our beloved Sharon departed this earth peacefully on August 19, 2021. Preceded in death by her sister Pat and brother Al Gene, she is survived by her husband Glen; daughter Lori of Soquel, CA; son John of Golden, CO; granddaughter Cassandra, and great-grandsons Calvin & Archer of San Jose, CA; brother Jerry of Carson City, NV and brother Robert of Chowchilla, CA, as well as step-family in Queensland, Australia, including sister-in-law Regina, stepdaughter Laurinda, and stepsons Michael, James & Ben. She loved widely and well and will be dearly missed.
Published by Santa Cruz Sentinel on Sep. 10, 2021.
To plant trees in memory, please visit the Sympathy Store.
MEMORIAL EVENTS
To offer your sympathy during this difficult time, you can now have memorial trees planted in a National Forest in memory of your loved one.
MAKE A DONATION
MEMORIES & CONDOLENCES
Sponsored by santacruzsentinel.com.
2 Entries
So sad to hear that dear Sharon has passed on... many warm memories to cherish... you are in my thoughts, Glen, Lori... sincere condolences to all the family and friends
Deb Whitford
Friend
September 13, 2021
I met Sharon in the 1980s when she was one of my Jazzercise students. What a ball of energy and the greatest sense of humor! I remember when she got her first tattoo and how she came to class showing it off. I think if I remember correctly it was a very small butterfly. She always had a smile for everyone. Her positive energy along with her smile lit up the room when she walked in. I also knew her daughter Lori quite well and we all shared a lot of laughter. My love to you dear Sharon and your family.
Karen Felts
Friend
September 10, 2021
Showing 1 - 2 of 2 results