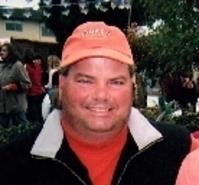 BORN
1962
DIED
2021
Stuart Spence
May 9, 1962 - May 10, 2021
Watsonville
Stuart passed away unexpectedly at home on May 10, 2021 as a result of a heart attack. He was born in Vandalia, Ohio to Orville and Nancy (Merrill) Spence. Stuart attended Vandalia Butler High School and graduated June 1980. Stuart was quite the athlete, on the wrestling team in the early years of high school and then found his natural abilities in playing golf. He was on the high school Golf team and was voted most valuable player by his coach in his senior year. He turned professional in 1980 and in 1982 became assistant to Director of Instruction at Miami Golf Club in Dayton. He competed in many State and Southern Ohio PGA Section golf tournaments. In 1984 he moved to the Monterey Bay area, hired as First Assistant Professional and as Golf Instructor at Pajaro Valley Golf Club, Watsonville. Enjoying the California weather, he learned to surf and well you can add another sport to his list. He met his wife Karen in 1988 and in 1989 they were married. In 1994 he was elected to PGA Membership and became Director of Instruction at Pajaro Valley Golf Club.
Stuart has had many, many achievements while here in Santa Cruz County, CA. In 1991 Stuart was coordinator for the 7th annual Pajaro Valley Golf Club Junior Golf Clinic as well as fellow assistant golf pros there at PV. Stuart also received a Richard A. Shaw Sportsmanship Award in 1999 from his volunteer work through the Family Service Association of Pajaro Valley, a crystal Golf Head. He helped initialize and partnered up with 2 others to open the Airport Driving Range in 1999, he was Head Professional and Instructor. In 2008 Stuart was hired as Head Golf Professional and Instructor at Eagle Ridge Golf Club, Gilroy, CA. Between 2013 – 2017 he became Director of Instruction at Eagle Ridge Golf Club. Stuart longed to be back in Watsonville and again went back to work part-time at the now named Pacific Golf Centers (Airport Driving Range) and Pajaro Valley Golf Club. Besides playing the game and honing in on his skills, what he loved most was teaching. Best of all he loved teaching youths, rules and etiquette as well as just having fun. Some of his happiest moments were when his young clients (youths) he taught were now adults and bringing their children to him to learn the game.
Preceded in death are his parents, Orville and Nancy Spence. Stuart is survived by his wife Karen (Maruska) Spence, married 32 years, his oldest brother Timothy Spence, Georgia, second oldest brother Robin (Rhonda) Spence, Ohio, younger sister Barbara (Allan) Gehrich, Oahu, HI, Aunt Jane Merrill (Bob) CA, many nieces and nephews.
Stuarts' accountability, his enlightening sense of humor and his positive and wonderful great nature will be truly missed. He was a walking book of knowledge when it came to Golf and well, pretty much all sports as well as a huge history buff. He travelled with his wife to Tahoe, Cancun, Hawaii, Vegas, Santa Barbara and a cruise to Mexico. He loved and respected all of our pets through the years, he was always called "Dad" with them, he was truly an amazing person, my best friend and companion.
A Celebration of Life will be held 9/25/21 at The Watsonville Senior Center (Auditorium) 114 E. Fifth St. Watsonville (A One-Way Street Off Brennan St, Parking is limited but Street Parking and Public Parking nearby) Time: 12:00 – 3:00. Please come and share any Stories and Pics you may have.
Food and Non-Alcoholic Beverages will be available.