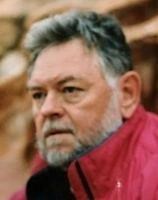 BORN
1937
DIED
2017
Stuart Page STEGNER ("Page")
1937 -2017
Reno, Nevada
Stuart Page STEGNER ("Page") passed away on December 14, 2017 in Reno, Nevada -- the western edge of the Great Basin and the part of the country he knew best. Born in Salt Lake City in 1937, the only child of Wallace and Mary Stegner, he was, as he sometimes remarked, born on wheels. Throughout most of his life he divided his time between California and Vermont, with an extended stopover in Santa Fe, New Mexico. As a youngster, he attended Palo Alto High, and went on to complete his undergraduate and graduate work at Stanford University. Within three years of earning his PhD he became a member of the pioneer faculty at the University of California, Santa Cruz, where he taught for over three decades and ran the Creative Writing program. A gifted and distinguished writer of both fiction and nonfiction, literary criticism (he was one of the rare writers about Vladimir Nabokov that Nabokov himself admired), and environmental ethics, he was also a frequent reviewer for the New York Times, the New York Review of Books, as well as a contributor to publications such as the Atlantic and Esquire. In one year alone he was awarded what he referred to as the trifecta: a National Endowment for the Arts, a National Endowment for the Humanities, and a Guggenheim. Not content with a life of letters, he took a three-year leave of absence from the University in the late sixties to become the deputy director of the Peace Corps in Ecuador and Venezuela. He played Bluegrass guitar with the Red Mountain Boys, and was fond of reminding people that he sold Jerry Garcia his first guitar. He and his father, Wallace Stegner, collaborated on several projects, including the book American Places (with Eliot Porter). And it was well known among family that Page served as his father's editor, particularly on such books as Crossing to Safety. In the early eighties, wanting to provide an experiential element to a course he was teaching on environmental writing, he began taking students down the great rivers of the West. Thence began his avocation as a river runner: from the Colorado River through the Grand Canyon to the Owyhee at flood stage, he negotiated the big hydraulics of the American West with as much sangfroid as he did the crocodiles on the Orinoco. He was famously, memorably, inimitably funny, often raveling out stories that left everyone in the room undone. Never superior to his subject, he was often the hapless human at the center of his tales of derring-do. When one of his dozen or so books came out, its subtitle, a curmudgeon at large in the American West, became the perfect descriptor for his grumpy championing of the natural world. As a friend recently remarked, Hollywood should have optioned his personality.
He is survived by his wife, Lynn Marie Stegner, his three children, Wallace Page Stegner, Rachael Stegner Sheedy (Kerry), and Mary Allison Stegner; and three grandchildren, Sheridan Stegner, Dillon Sheedy, and Emma Sheedy.
A celebration of his life will take place in July 2018 in Greensboro, Vermont, where, since 1940, Page spent his summers. In lieu of flowers, Page would have wanted contributions made to the Nature Conservancy of Utah.


View the online memorial for Stuart Page STEGNER ("Page")
Published by Santa Cruz Sentinel on Dec. 31, 2017.
To plant trees in memory, please visit our Sympathy Store.
MEMORIAL EVENTS
To offer your sympathy during this difficult time, you can now have memorial trees planted in a National Forest in memory of your loved one.
MAKE A DONATION
MEMORIES & CONDOLENCES
Sponsored by santacruzsentinel.com.
10 Entries
I just finished reading an article from a 1977 Harrowsmith magazine that was brilliant and funny as hell! may your path be gentle Mr. Stegner
thanks
paul mailhot
August 24, 2019
I know this is late, I just learned the news. I hope his loved ones may still read this. Page taught me creative writing at UCSC in the early 70's. As a very young man who happened to be without a father, he became somewhat of a father figure to me. I will condense this little anecdote. Later, I decided I wanted to go to medical school. I asked Page if he would write me a letter of reference. He said yes. "I wrote a rave review," he said. During my admissions interview at CU the interviewer opened my file and spent a long time reading. Then, he looked up and said, "Well, Page Stegner certainly writes a good letter." And I got in. Now a retired MD.
stuart marsh
February 22, 2019
Thank you, Page, for teaching me to scout the river, how to portage when the situation is impassable, and to look for safe eddies. I hope you have found yours. Much love to you, Lynn.
Cathy Allard Ginther
November 1, 2018
As long time Greensboro neighbors, we are very, very sad to learn of Page's passing. He was one-of-a-kind and a man who will be missed by many, especially those of us on the hill in Greensboro. Condolences from the Fraser/Bayles/Steinfeld families.
Jennifer Bayles
May 6, 2018
We are sorry to learn of the passing of Stuart, but grateful for his service to our nation as Deputy Director of Peace Corps programs in Ecuador and Venezuela.

Our Condolences,
The National Peace Corps Association
January 5, 2018
Crossing to Safety is a brilliant literary work. My late father introduced me to this book and other Stegner works. I am deeply grateful for this family's legacy.
valerie rich
January 4, 2018
The Karst family wants to extend our deepest sympathy.

Donna Karst
January 3, 2018
Lynn - Sissy and I are so sorry to hear about Page . We both send our condolences and best wishes . Jeff Whittington
Jeff Whittington
January 2, 2018
I had an inherant regard for the wild - as any son of the West must. But it was the STEGNER line that taught me why. I am permanently grateful.
Paul Dirdak
December 31, 2017
To all the family and friends of Stuart.
As the days and weeks pass, and as you return to life's routine, may you continue to feel comforted by the love and support of family and friends.
Remember Ecclesiasts 9:4,5
December 28, 2017
Showing 1 - 10 of 10 results