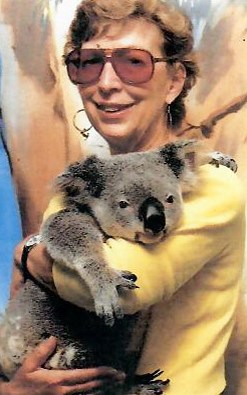 BORN
1941
DIED
2021
FUNERAL HOME
The Rivera Family of Santa Fe Funeral Options
417 E. Rodeo Road
Santa Fe, NM
CAROLYN L. KELLERMAN
SEPTEMBER 7, 1941 – SEPTEMBER 10, 2021
Carolyn passed away peacefully at home on September 10, 2021 caused by complications associated from her 20 year battle with Parkinson's disease.
She was preceded in death by her parents Virginia and joseph, sister Mary (Robert), brother Joseph (Debbie, Wanda), niece Karin, and first husband John (who died during brain surgery two years after their marriage). She is survived by her current husband of 51 years Marcus E Kellerman, her brother James (Joan), her brother-in-law Michael, and numerous nieces, nephews, grandnieces, and grandnephews.
Carol was born September 7, 1941 in Chicago, IL. Three years later, she moved with her family to the Chicago Suburb of Platine, IL. She graduated from Platine High School following in the footsteps her older sister and two older brothers. She graduated with a BA in Modern Languages from KNOX College. After John's death, she returned to school and earned a MA in Spanish through a combined program with New York University and the University of Madrid. Mark and Carol met on a yacht owned by a mutual friend of their parents while visiting their parents in Florida during the 1969 Christmas holidays. Carol returned to teaching at Platine High and Mark returned to his job with IBM in El Paso. They stayed in touch and managed to get together most weekends. They married on August 22, 1970, and Carol moved to El Paso. She enrolled in UTEP taking 21 credit hours to obtain a library certification, then took a job as a head librarian at Gadsden High School in Anthony, NM.
When IBM transferred Mark to Santa Fe in 1978, Carol was able to get a job as a Head Librarian at Santa Fe High School. She was particularly pleased to receive the AASL/SIRS Nation Intellectual Freedom Award in 1986 for her stand in not removing two books from the library as requested by one of her library co-workers. Two school committees reviewed the books and found no reason to ban them. When IBM again transferred Mark to Washington, DC in 1986, Carol used the opportunity to obtain a MS in library and information Science from Simmons College. She was able to find part-time library work in the Montgomery County Public School System. In 1990, Carol received a call that the head librarian job was again open at Santa Fe High School - would she be interested in returning? IBM, at that time, was planning on dispersing some of its reps to other locations to reduce travel costs and Mark volunteered to return to the Southwest, allowing the Kellermans to return to Santa Fe. Carol retired from Santa Fe High School at the end of the 2001-2002 school year when she was diagnosed with Parkinson's disease.
Carol loved to travel and with Mark visited 48 countries across 6 continents and 26 tourist destinations. She liked to sew, needlepoint, knit, and loved her cats and dogs. She was active in several professional organizations including the American Library Association, the American Association of School Librarians, the ALA Intellectual Freedom Roundtable, the Maryland Educational Media Organization (while in DC) and Alpha Delta Kappa – Beta Chapter of which she was president for two years.
Donations in Carol's memory may be made to Paw and Stripes, 617 Truman St., Albuquerque, NM 87110; Assistance Dogs of the West, PO Box 31027, Albuquerque, NM 87594; or St Saint Jude Children's Hospital, 501 St. Jude Place, Memphis, TN 38105.
Carol will be missed by all her family and friends who knew her. She has been cremated per her request. A memorial service will be held at Lutheran Church of Servant located at 2481 Legacy Ct, Santa Fe, NM 87507 on Monday, October 25, 2021 at 10:00 a.m. as well as video cast via Zoom.
Rivera Family Funerals
and Cremations
417 East Rodeo Rd.
Santa Fe, NM 87505
Phone: (505) 989-7032
riverafamilyfuneralhome.com

Published by Santa Fe New Mexican on Oct. 2, 2021.
To plant trees in memory, please visit the Sympathy Store.
MEMORIAL EVENTS
Oct
25
Memorial service
10:00a.m.
Lutheran Church of Servant
2481 Legacy Ct, Santa Fe, NM
Funeral services provided by:
The Rivera Family of Santa Fe Funeral Options
MAKE A DONATION
Please consider a donation as requested by the family.
MEMORIES & CONDOLENCES
Sponsored by The Rivera Family of Santa Fe Funeral Options.
6 Entries
What a wonderful memory photo of Carol honoring her deep love for animals. We will always remember her trail blazing Read To Me school tutoring program with her beloved dogs. And the many many model railroad gatherings, filled with friendship and laughter. Our hearts are with Mark and all who hold Carol dear. And after losing my brother Duane to his 20 year Parkinson battle, knowing that Carol is finally released... but forever missed... is comforting. Our Love, Bill and Marcia
Bill and Marcia Alexander
Friend
October 15, 2021
Carol was a wonderful friend from our library/teaching days at Gadsden HS in Anthony, NM. She dearly loved animals and gave us our first rescue cat. She was a bright light and will be greatly missed. God bless.
Judy
Friend
October 8, 2021
Mr. Kellerman, So sorry to hear of Mrs. Kellerman's passing. I was a cheerleader at SFHS and she was our sponsor. I have wonderful memories of you and Mrs. K driving us around in the school's station wagon to games. Mrs. K. was always very kind and protective of us. Thoughts and prayers to you. Melinda & Joaquin Gutierrez
Melinda & Joaquin Gutierrez
School
October 3, 2021
My mother and Carol were great friends and I am thinking of the happy times they spent together. Sending sympathy to the family.
Mary Brannen
October 3, 2021
Carol was a school colleague who was extremely helpful to this English teacher trying to get her students to read and to do research. I never heard that anything we asked for was impossible. What a professional! My condolences to Mark and her family.
Judith M. Duval
Work
October 2, 2021
I miss her humor and her presence and will treasure her in my heart forever. I will also remember our once a month Mucho lunches. Love you Carol.
Marcella O Gonzales
Friend
October 2, 2021
Showing 1 - 6 of 6 results