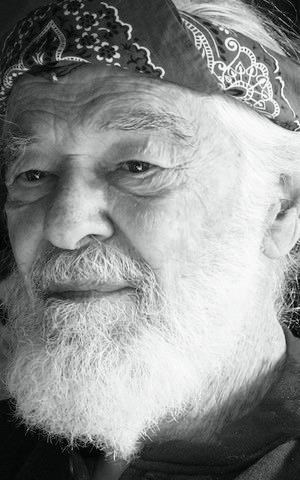 Frank Willett, master potter, devoted partner, father, mentor, and beloved by all who knew him, both human and canine, passed away October 15, 2020, from old age complicated by metastatic cancer. Frank held a unique combination of intelligence, playfulness, insight, adventure, and devotion to the pursuit of the perfect pot.
Frank was born in Seattle and grew up adventuring in the countryside of Washington State and Northern California, learning the electrical and plumbing trades from his dad, Kermit. Frank's mom, Jean, a registered nurse, ran the largely frontier-like peripatetic household with loving precision. After serving in the Korean War, Frank explored degrees in Sociology, finally settling on a Master's in Fine Art from Cal State, Los Angeles. While teaching high school art in Los Angeles, he met his first wife, Jere Williams, and they began a small home pottery business, selling from a gallery amidst the mountain apple orchards of Oak Glen, CA. Business was brisk, leading them to open a production facility in nearby Pico Rivera, where they made handmade lines of pottery that sold through department stores such as Bullocks in Los Angeles.
Moving to Santa Fe, NM in 1971, he and Jere opened the Santa Fe Pottery on Guadalupe Street, then a dirt backroad of body shops and factories. Throughout the 70's, the Santa Fe Pottery matured and commercialized along with the rest of Guadalupe Street, growing into a potter's co-op that attracted an eclectic group of talented artists as well as a wonderful menagerie of passersby and lingerers.
Frank's life changed dramatically in 1980, when he met his soulmate and future life co-adventurer of the next 40 years, Luisa Baldinger. Together, they produced Sunridge Pottery, a line of functional work with a southwestern landscape motif, architectural lighting fixtures as Santa Fe Lights, and an array of ever-evolving, one-of-kind pottery for Santa Fe Pottery. Beyond pottery, Luisa and Frank shared a passion for flora and fauna of every kind and traveled often and wide in pursuit of new learnings about the natural world.
Frank received a number of awards and accolades for his work, teaching, and mentoring. He was honored with the City of Santa Fe Arts Commission Mayor's Recognition of Excellence in the Arts (2002), a feature in Ceramics Monthly (2005), and the prestigious Governor's Award for Excellence in the Arts (2013). His work has been included in numerous invitational and juried shows, and he was especially featured in the New Mexico Governor's Gallery at the State Capitol and juried shows of New Mexico potters at Santa Fe Clay. Frank considered himself extremely lucky in that potting was a delightful obsession - making pots is fun, like play. He shared his knowledge, enthusiasm, and humor graciously and generously.
Frank is survived by his wife Luisa, his daughter, Catherine and wife Sophie, son Christopher and husband Bryan, stepdaughter Edie and partner Dave, stepson Tom and partner Beth, and grandchildren Nick, Maddie, and Tano.
A memorial will be arranged next spring. For more about Frank's professional life, see: thesliptrail.com/in-memory-of-frank-willett/

Published by Santa Fe New Mexican on Oct. 25, 2020.
To plant trees in memory, please visit the Sympathy Store.
MEMORIAL EVENTS
To offer your sympathy during this difficult time, you can now have memorial trees planted in a National Forest in memory of your loved one.
MAKE A DONATION
MEMORIES & CONDOLENCES
6 Entries 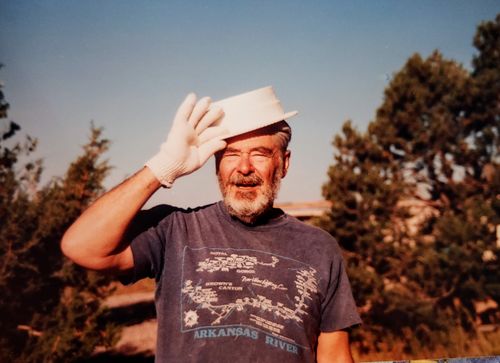 Frank's passing leaves a hole in the hearts of all who were blessed to know him. His twinkling eyes, laughter, and calm demeanor were so special. I am so grateful to have had my life touched by Frank's joyful spirit.
Claire Ricewasser
November 3, 2020 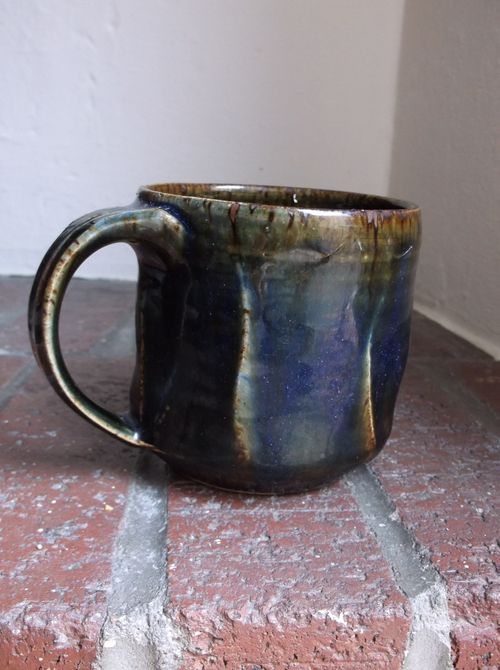 Awwww, Louise, we have lost a gem, a jewel, an easy-to-laugh example of one who lived life joyfully, likely sustained by his expert talent for playing in the mud! My hope is that you are comforted by his whispers of continued love, caring and laughter that hold you close to him forever.
Group hug, Laura
Laura Center
October 26, 2020
Every time I saw him was like a bit of sunshine, a truly special person, so sorry to hear of his passing.
Paul White
Friend
October 26, 2020
Ah what a life well lived. My condolences Luisa.
Stephen Earnest
Friend
October 25, 2020
The greatest talents always come wrapped in humility. Frank was a treasure to the whole community and I know many people are feeling this loss and grieving with Luisa and his whole family. He will be lissed greatly.
Peter Weiss
Friend
October 25, 2020
Frank was truly a unique and wonderful individual. All who knew him are blessed. See the memorial in the NMPCA newsletter here: http://www.thesliptrail.com/in-memory-of-frank-willett/
Judy Nelson-Moore
Friend
October 25, 2020
Showing 1 - 6 of 6 results