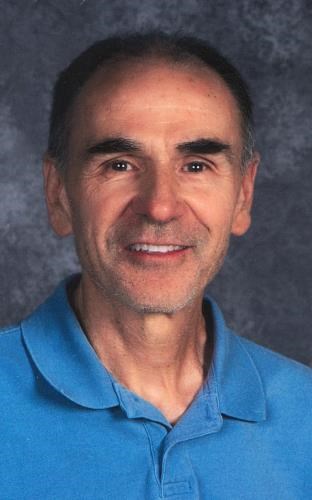 BORN
1951
DIED
2021
GARY BLANK
MARCH 1, 1951 – JULY 16, 2021
Longtime Santa Fe resident Gary Blank, 70, died from complications of cardiac arrest. He went on a bike ride on July 14, which he did every morning. He collapsed on a bench at Herb Martinez Park in Santa Fe. Valiant efforts were made by paramedics and the team at St. Vincent Hospital to revive him, but he never regained consciousness and passed on July 16.
He was born in Chicago, Illinois. He was a 1969 graduate of Holy Cross High School where he was a standout basketball player, as well as an excellent student with an interest in art. He went on to earn a Bachelor of Fine Arts from Northwestern University in 1973.
Gary was a modern-day Renaissance man. Throughout his life, he pursued his passions – a love of music and art, as well as outdoor recreation. He brought that same passion and sense of joy to classrooms in the Santa Fe Public Schools.
His many jobs through his early life also exemplified his keen interest in how things worked and how they could be repaired. Among his many jobs he was an electrician, blacksmith's assistant, music instructor, bar tender at the former Broken Drum in Pecos, and accordion repair technician.
Gary was a tinsmith (1983-2006), who created ornamental tinwork for architectural applications. His work can be found in many homes, in the former Pecos River Learning Center, and the tin chandelier in the governor's mansion.
From 2002 to 2007, he operated Gary Blank Fused Glass Fine Art. He was a designer and maker of fine art glasswork.
In 2007, he earned his professional credentials for Elementary Education at Santa Fe Community College. In 2010, he gained his Level II licensure and earned professional credentials in Special Education in 2012. He had licensure in elementary (K-8) and Special Education (K-12) with endorsements for teaching Gifted and Talented, Visual Arts, Performing Arts, and Physical Education. He worked as a Pre-K teacher assistant at Kearney Elementary School. He previously taught at Ramirez Thomas Elementary, Nye Early Childhood, and Acequia Madre Elementary.
Throughout his life, he enjoyed physical activity including rollerskating, cross-country skiing, biking, hiking, and dancing. He performed on drums and percussion for Contra dances. In quiet times, he read, meditated, and practiced yoga.
He is survived by his beloved brother, Ralph Blank of Reno, Nevada.
A Celebration of Life is planned for when it's safer to gather. Please write to [email protected] for updates. Please consider a donation to thefooddepot.org/

Published by Santa Fe New Mexican from Sep. 17 to Sep. 19, 2021.
To plant trees in memory, please visit the Sympathy Store.
MEMORIAL EVENTS
To offer your sympathy during this difficult time, you can now have memorial trees planted in a National Forest in memory of your loved one.
MAKE A DONATION
MEMORIES & CONDOLENCES
Sponsored by The Santa Fe New Mexican.
6 Entries
My condolences to family and friends of Mr. Blank. Mr. Blank was my daughters pre- k teacher. She has shared some amazing memories of Mr. Blank to include playing freeze tag with him during recess. She remembers him being an amazing teacher. He was kind, genuine, patient and had an amazing sense of humor. He will be missed.
Laura Abeyta
School
September 30, 2021
Rest in peace Gary. You had a wonderful life. We'll miss you at park.
Martin Ortega
Other
September 26, 2021
I offer my condolences to the Blank Family, and his wonderful friends. I personally have not seen Gary since he moved away from the Chicago area over 30 years ago. I am a close friend to Diane his sister, and have been a friend to the family for more than 50 years. Gary was always a sweet, loving, focused and warm person. I´m proud to say and have pictures where I personally got to participate in some of his dance moves at his sisters wedding!! I was proud of Gary, but not surprised to read about his many lifetime accomplishments referenced in his Obituary. Gary was a wonderful son to his Father, and a good brother to Diane and Ralph. He always seemed to have good and solid friends. I am saddened that I will not see him again on this earth, but grateful to have known him.
Loretta Bree
Friend
September 24, 2021
Rest in Peace Mr. Blank. Such a kind, gentle man. Worked with him at Kearny. You left your kind influence on many children and colleagues. Rest in Peace. ~Cathy
Cathy Montoya
Work
September 20, 2021
Gary was a mainstay at our Contra dances in Santa Fe, Albuquerque, and at our various dance camp locations throughout the state. We loved Gary's bright and focused energy. He was our friend and we are saddened to hear of his death. Our condolences to his brother and all of us who knew and loved him.
Barbara and Ted Seeley
Friend
September 20, 2021
We were close friends, shared a lot over the years. Gary was a really great guy, so sad he passed.
Paul White
Friend
September 17, 2021
Showing 1 - 6 of 6 results