Mervin Ringlero
Mervin Ringlero Was a native of Arizona, born in Lehi bordering Mesa on the Salt River Pima-Maricopa reservation on August 6, 1917. He was the first-born son of Luis Pasmado Ringlero, Sr. (Cahuilla) and Juana Valenzuela (Pima/Tohono O'odam). He grew up in Phoenix and southern California on the Soboba Mission Indian Reservation near San Jacinto. He attended Monroe School, Phoenix Indian School, and Sherman Indian School near Riverside. He received a football scholarship to Santa Clara University but decided to join his father from who he learned the art of saddlemaking. He apprenticed at the Porter Saddle Company, Phoenix, from 1937 until the start of the war. Ringlero enlisted in 1940, and served in the Canadian-US "Devil's Brigade," 1st Special Services Force, an elite combat unit. He fought in Italy, Africa, France, and part of the D-Day invasion forces at Utah Beach, Normandy, France. Ringlero aided in the liberation of two concentration camps, Dachau and Bergen-Belsen, Germany. He served in the Army's mounted cavalry, a historical presence when horses were still vital to the armed service before artillery mechanization. Ringlero was a member of the 7th U.S. Cavalry, the "Garry Owen" company made famous at the Battle of the Little Big Horn in 1876. His military commendations include: Bronze Star, American Defense Service Medal, European-African Campaign Medal, WWII Victory Medal, and Combat Infantryman badge and 1st award. Ringlero returned to saddlemaking after the war. With his family, he moved to Van Nuys, California in 1952, working for the San Fernando Valley Saddlery, Panorama City. His reputation for unique, one of a kind, hand-tooled, custom saddles quickly spread to the motion picture industry. Ringlero's exquisite leatherwork and superior craftsmanship translated in the production of saddle for notables in the entertainment and equine industries. Some of his clients included: Gary Cooper, Walt Disney, Kareem Abdul-Jabbar, Randy Travis, John Denver, Rex Allen, Richard Boone, Dale Robertson, Monty Montana, John Derek, Bruce Boxleitner, Clint Walker, Chuck Connors, Glenn Ford, horse trainer, Jimmy Williams, and Mr. Ed, the talking horse. Ringlero's artistry set him apart and distinguished the standard for saddlery that many examples are found in museum collections of the Autry Western Heritage Center, Los Angeles, Cowboy Hall of Fame, Oklahoma, Museum of the American Cowboy, Colorado Springs, and Rex Allen Museum, Benson, Arizona, and the estate of Walt Disney. In April 1992, Ringlero's saddles were exhibited at the Smithsonian Institution, National Museum of Natural History, Washington. He is survived by his wife of 62 years, Rose Dorothy Laws; and daughter, Aleta of Scottsdale, AZ; ten nieces and nephews, numerous grand and great grand nieces and nephews, friends and saddlemaking colleagues in the United States and Canada. A Funeral Service will be held Tuesday, November 10, 2009, at 11 a.m. at the Scottsdale Memorial Hall located at 9849 East Earll Drive. Meldrum Mortuary handled the arrangements.

Published by Santa Fe New Mexican on Nov. 6, 2009.
To plant trees in memory, please visit the Sympathy Store.
MEMORIAL EVENTS
To offer your sympathy during this difficult time, you can now have memorial trees planted in a National Forest in memory of your loved one.
MAKE A DONATION
MEMORIES & CONDOLENCES
39 Entries
Many years have passed but your spirit remains with me to guide. Loving you, dad.
Aleta
Daughter
November 2, 2020
I still think of Merv daily. I use the leather stamps that he gave me that his father made! They are truly my favorites. He was so generous with his knowledge and his warmth and visiting Merv and Rose was always a highlight of our trips to Arizona. So love and am honored by his memory.
Lisa Skyhorse
October 31, 2020
Miss you, dad.
Father's Day, 2011
Aleta
June 17, 2011
june 6 2011 im sadden by the news of mervin death he made many a saddle for my self and my clients he will be missed gidget bosak thompson
June 6, 2011
July 32, 2010 Dear Rose and Aleta, We were sad to hear of Mervin's passing as we read this post today. We were so blessed by Mervin in our lives with all his visits to our home. Mervin always shared great wisdom and history of his extraordinary life. He drove to Nina's celebration of life, in Alpine, Ca. and was compassionate and loving to our family. Mervin wrote our daughter, Adriana, whilst she finished University studies and supported and encouraged her, as Nina was healing from the wounds of breast cancer. His legacy lives on with those of us he shared his gift of bringing life to the works of leather. A true master artist....Rest In Peace our friend and when we see an Eagle in flight, we will know it is the spirit of Mervin that soars with the Great Spirit.
Much love and Peace,
Len and Nina Judd
Pine Valley, Ca.
Len Judd
July 31, 2010
april 12 2010 i googled aleta, today, i'm sad to learn of mervin's death i remember him to be a nice man and a loving father,havn't seen him in forty years. aleta, do you remember leaving a note in tne pocket of a chair your dad made for peter fonda? take care of youself. deborah bissett
deborah bissett
April 12, 2010
March 15, 2010 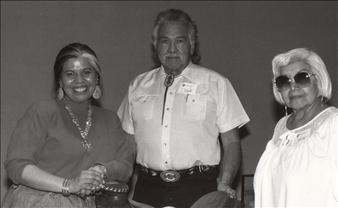 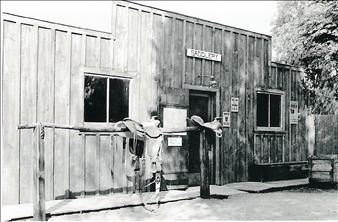 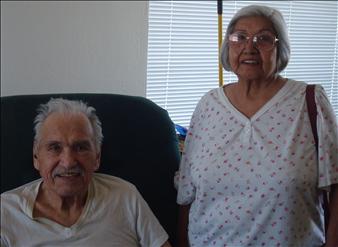 November 9, 2009
Thank you dear Merv for being in my family's life and for the name you blessed me with. I will carry your memory with me always!
Ocea Skyhorse Mazenko
November 8, 2009 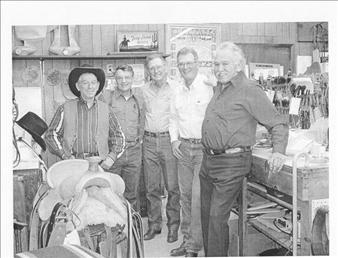 November 8, 2009
Upon learning of Mervin's passing I felt a great loss. During my apprenticeship in Phoenix and Scottsdale I studied his work and the work of his father Luis. Mervin's stories about the old saddle shops were entertaining and educational.
Richard Sherer
November 8, 2009
Dear Rose and Aleta,
Merv was a generous and loving mentor to us for over 20 years. I will cherish the tools he gave us, which we use every day. Our love and prayers go out to you.
Lisa and Loren Skyhorse
Durango, Co.
November 8, 2009
Hi Aleta, I do not know if you remember George and Sandy Steele, We had Wrangler Saddle Shop in Panorama City, your Dad worked with us and shared our shop from the mid 60's and into the 70's before he returned to Az. He was such a talent,He was a master, no one could touch his talent. I have many memories, My Condolances to you and Rose and your family.Sincerely. Sandy Steele
Sandy Steele
November 7, 2009
Hi Aleta, Do you remember George and Sandy Steel? Your dad used to work for us when we had Wrangler Saddle Shop in Panorama City, He also did some of his own orders at our shop fron the 60- 70's before he returned to Az.My Condolances go out to you and your family. Sandy Steele,
Sandy Steele
November 7, 2009
I did not have the privilege of meeting Mr. Ringlero, but I was drawn to express my condolences. What an intelligent strong person with such a wonderful talent. His loss will be felt in many ways on this earth. My sympathies to his family.
Eva Munguia
November 7, 2009
I miss you already, Mervyn. I will always treasure working with you and learning saddlemaking from you. I know I'll see you again. Till then, old friend, ride tall.
Ray Pohja
November 6, 2009
Mervin Ringlero was a very special man - and I am honored to have known him through the love of his family, especially my 'sister,' Aleta. I return the love, and send only this in my thoughts at this sad time of remembrance.
Tressa Berman
November 6, 2009
Our thoughts and prayers are with you. He was one of the true greats, in every way possible, and will live on in our hearts forever.
Les & Lil Reed
November 6, 2009
My father was a great artist. His standards were the highest, his word his bond. There are not many left with his ethics. He was unique, beautiful, and exasperating. I love you, daddy.
Aleta
November 6, 2009 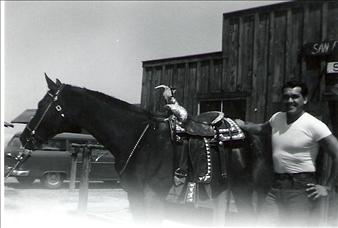